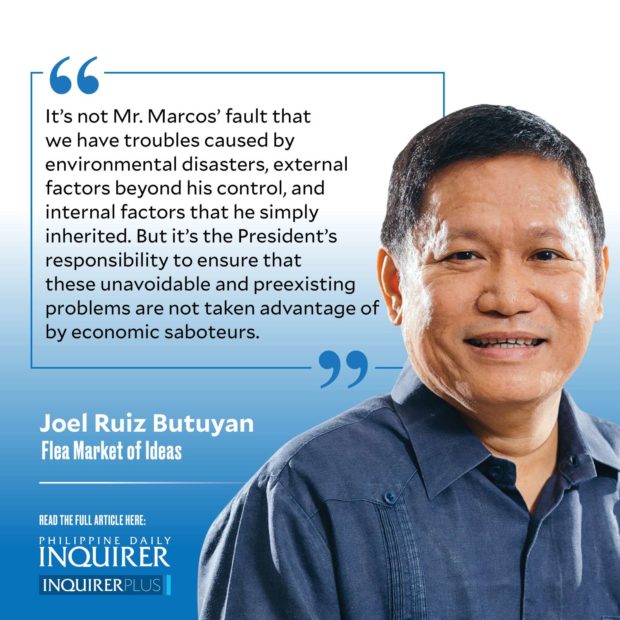 As I sat down last Tuesday to research on a topic for my article this week, the eye of Severe Tropical Storm “Florita” started to batter our town in Cagayan province. With the ferocity of its winds and the huge volume of rain it dumped in just two hours, it was one of the strongest typhoons I’ve experienced in recent memory. Field inspection by our municipal officials showed extensive and heartbreaking damage to corn fields that were either flattened or submerged in floodwaters. This comes at a time when we’re in the middle of celebrating our town fiesta.

As the typhoon pummeled our town, President Marcos Jr. announced the suspension of government work and school classes for two days in Metro Manila, Cavite, Laguna, Rizal, Bulacan, Zambales, and Bataan. The typhoon was already projected to directly hit Isabela, Cagayan, and the Ilocos and Cordillera regions, when the President made his announcement. So people in Northern Luzon wondered why the work and class suspensions did not include their provinces. It’s true that local officials could make the declaration, but the nonmention by the President of the severely affected Northern Luzon provinces projected ignorance, neglect, or lack of attention and empathy by the national government for the directly hit provinces.

In addition to typhoons that cause yearly devastation, there are so many gargantuan problems that beset our country this year. There’s the shortage of sugar supply and the resulting very steep increase in its prices. A kilo of sugar has gone as high as P115 in our country. In contrast, it’s only P34.50 per kilo in a high-end grocery store in Bangkok, as shown in a post by a Facebook friend who’s visiting Thailand.

Initially, Mr. Marcos disowned a government directive to import 300,000 metric tons (MT) of sugar, putting the blame on an agriculture undersecretary who was forced to resign. Later on, however, Mr. Marcos allowed the importation of 150,000 MT of the commodity. After inspecting sugar warehouses in various parts of the country and discovering at least 214,000 bags of stockpiled sugar, the Marcos Jr. administration concluded that the sugar shortage is “artificial.” The government is essentially accusing unscrupulous traders of hoarding the commodity for fat profits.

But even as Mr. Marcos practically declared that economic sabotage was being committed against his people, there was no fire and brimstone in his administration’s tone—no threats of nonbailable imprisonment, confiscation of property, stoppage of businesses, and even just public shaming—that were issued against hoarders and smugglers.

And then, there’s the shortage of white onions that has pushed prices to as high as P400 per kilo. The President’s sister, Sen. Imee Marcos, directly blames criminal syndicates whom she accuses of creating artificial shortages in order to obtain profit windfall from importations. In contrast, Mr. Marcos has not come out with a definitive finding on what’s causing the shortage, despite having control of all government offices, access to all the data, and vast coercive powers to unearth the truth. One wonders why the Marcos siblings are not talking and sharing information to each other on this urgent problem. Again, there is no rage and fury in the ruling government’s pronouncements and an absence of urgency in its actions.

In addition to all these tribulations, there are the soaring prices of petroleum, supply shortages and abnormal prices of pork and chicken, inadequacy of classrooms, the depreciated buying power of the peso, among others. It’s not Mr. Marcos’ fault that we have troubles caused by environmental disasters, external factors beyond his control, and internal factors that he simply inherited. But it’s the President’s responsibility to ensure that these unavoidable and preexisting problems are not taken advantage of by economic saboteurs.

While calls for past accountability firmly remain valid, we root for Mr. Marcos’ success in finding effective solutions to our country’s very urgent problems. And we do so by calling on the Marcos Jr. administration to avoid being tentative in its resolve, indecisive in its judgments, and daintily slow in its actions.