The evolving shape of our ideal leaders | Inquirer Opinion

The evolving shape of our ideal leaders 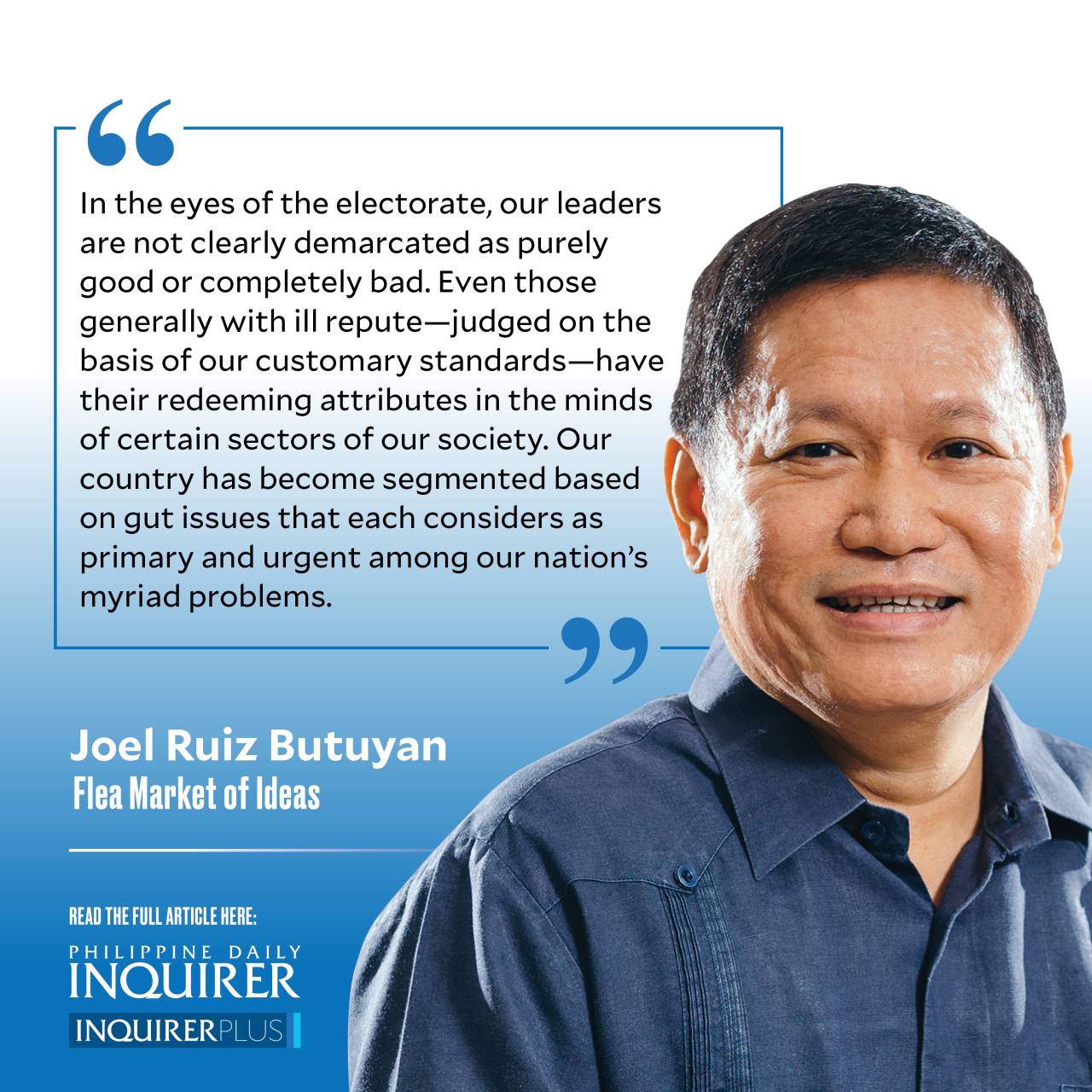 It’s a growing puzzle to many well-meaning Filipinos. Increasingly in our past few elections, our countrymen have been choosing leaders who are either of ill repute based on our traditional model of leaders, or bereft of a reputation for public service. This has been true for both our national and local leaders.

There have been many reasons offered to explain this disturbing development. Many blame rising illiteracy. Others point to widespread poverty, which gives fertile ground for vote-buying. Rampant disinformation is cited as a major culprit more recently. The failure of supposed-to-be role model leaders to bring about improved lives is another oft-repeated reason. Our weakening concept of right and wrong is also a principal reason I cited in a previous article (“War for our nation’s concept of right and wrong,” 12/13/2021). All of these have their places in the basket of reasons. But there are more explanations for this phenomenon of our changing model of leaders.

In the eyes of the electorate, our leaders are not clearly demarcated as purely good or completely bad. Even those generally with ill repute—judged on the basis of our customary standards—have their redeeming attributes in the minds of certain sectors of our society. Our country has become segmented based on gut issues that each considers as primary and urgent among our nation’s myriad problems.

The issues that fragment our people into electoral groups include economic woes, crime, public infrastructure, corruption, morality, human rights, among others. There are overlapping boundaries because people have clusters of issues they consider direly important. But people belong to particular segments, because to them, one issue stands out in its level of importance compared to the rest.

There’s a huge segment of our society that deems our economic woes as occupying the highest point on the totem pole of our societal problems, while human rights and corruption occupy the lower levels. There’s another segment of our population that considers the reverse of these problems in their levels of importance.

Politicians who gained ill repute on issues of corruption, human rights, and morality are, nevertheless, considered of good repute on economic concerns. With public funds at their full disposal, ill-reputed politicians easily bolster their standing with generous dole-outs of financial assistance, scholarships, medical aid, farm inputs, job order employment, and the like. These dole-outs create a sense of patronage that is reciprocated by voters come election time.

Politicians of ill repute have also become savvy at burnishing their image with publicity stunts aimed at showing them as more readily responsive to the primary needs most important to major segments of our society. In contrast, leaders who give premium attention to issues of corruption, human rights, and morals are viewed as unsympathetic to economic and criminality issues.

Our country’s changing concept of the model leader reflects our changing reality. We will be shouting ourselves hoarse if we concentrate our energies on denouncing the shenanigans of politicians of ill repute. As we’ve seen in the last election, our denunciations fall largely on ears programmed to listen only to choice issues.

We need to roll up our sleeves and work to address our changing reality if we want to influence the shape and mold of our ideal leader. As private citizens are summoned to help fellow citizens, the tasks ahead are gargantuan. But given the evolving mold of our leaders who will be our rulers potentially in a succession of reigns, the developing reality in our horizon is a future starkly reminiscent of the fate of the biblical Jews, who wandered for 40 years in the wilderness searching for the Promised Land.