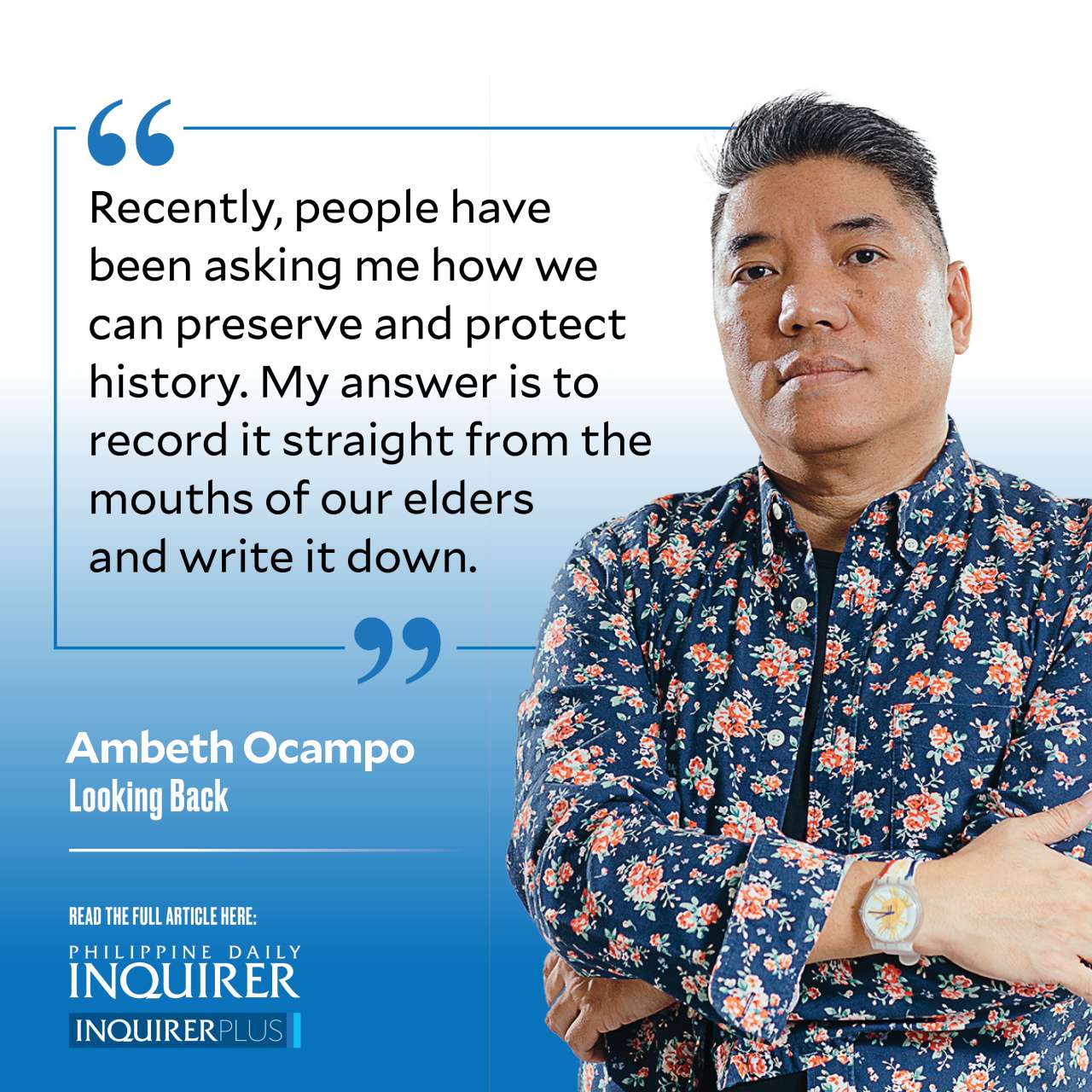 Whenever I reflect on the sorry state of the country, I always remember the time my father cut me off from whining by declaring: “You don’t know what you are talking about. You think your life is bad? This is nothing compared to what we went through, we survived the war!” My father was in Pampanga during the war, and while spared the mayhem of murder, rape, and pillage in Manila in February 1945, his life as a boy was not easy. Recently, people have been asking me how we can preserve and protect history. My answer is to record it straight from the mouths of our elders and write it down.

“A Child’s Footnote to History” by the late Salvador “Doy” H. Laurel (1928-2004) is a first person account of wartime Philippine President Jose P. Laurel’s 83-day odyssey from Baguio to Tokyo that began after Manila was liberated from the Japanese. What makes this forgotten pamphlet precious is that it was written on the go by the innocent 15-year old Doy, long before politics colored and complicated his life.

Laurel recounted how he filled a stenographer’s notebook with his diary entries, first with a pen, and later with a pencil when he ran out of ink. The original manuscript was hurriedly written, he said: “telegraphically, with my very limited English then, I even had to sketch some of the places when I found it difficult to describe them in words. I jotted down whatever I saw, wherever I was, whether on board the truck, while walking on the mountain trails, or while crouching in dug-outs and air-raid shelters. I personally edited the diary 44 years later, to fill in the missing prepositions and to complete the sentences.”

One of the questions that came up as I read the Laurel diary was, what did they have for food? What did J.P. Laurel eat in Baguio? It seems that the only notable difference they had from ordinary Filipinos during, and more so toward the end of, the war were regular meals. Others were not so lucky, they could only eat when there was food on the table. I have read accounts of how simple the food in wartime Malacañang was, mostly vegetables harvested from the garden. When they were in Mansion House, the Japanese ambassador offered to send fresh meat and canned goods to their Baguio kitchen and pantry. Everyone was overjoyed to hear this, but then J.P. Laurel politely declined saying: “We should not get used to good food. Times are hard and we might become cowardly.” Since President Laurel said this with a smile, Doy thought, or maybe wished, his father was kidding, then came the punchline: “We cannot enjoy good food knowing our people are suffering.”

During their time in Baguio, Laurel recalled that once, for over a month, they only had two kinds of meals: “tuyo and mongo,” alternating with “mongo and tuyo” to go with their rice. Monotony in taste and texture was only broken when mongo was garnished with: kangkong (water spinach), kamote (sweet potato), ampalaya (bitter gourd), talinum (Philippine spinach), alugbati (Malabar spinach), or plain ordinary spinach, whatever was available.

On March 9, 1945, the President’s 54th birthday, Doy noted their first taste of tapa (air-dried beef) in three months. Suspicious, Doy wrote: “I wonder what kind of meat it was.” Food in Baguio was scarce and Igorot vendors refused to accept the Japanese notes we now know as “Mickey Mouse money” for their produce. So barter was resorted to hats, shoes, and other articles were exchanged for food. A kilo of kamote, at the time, cost P1,000 in Mickey Mouse money.

Drinking water was another problem when they embarked on the journey from Baguio to Tuguegarao. They always filled containers whenever they passed mountain streams and rivers, always making sure this was boiled thoroughly before drinking. While in Tuguegarao on March 29, 1945, Doy wrote:

“We found some stagnant water in a rusty oil drum. The water was dirty and a little greenish. But there was no other water around. So we decided to boil it for drinking and cooking. Our food supply was just enough for one more day … we found some unripe papayas, some bataw (Hyacinth bean), a raw jackfruit, some pepper leaves, and a ripe lemon. We were able to make a plate of ‘salad’ and a bowl of bulanglang (vegetable soup). For dessert we had pineapples and some cacao fruit. We boiled and boiled the greenish water before drinking it, but we had no rice left. If we stayed another day, we would have nothing to eat.”

Memory is fleeting, it needs to be preserved in writing.