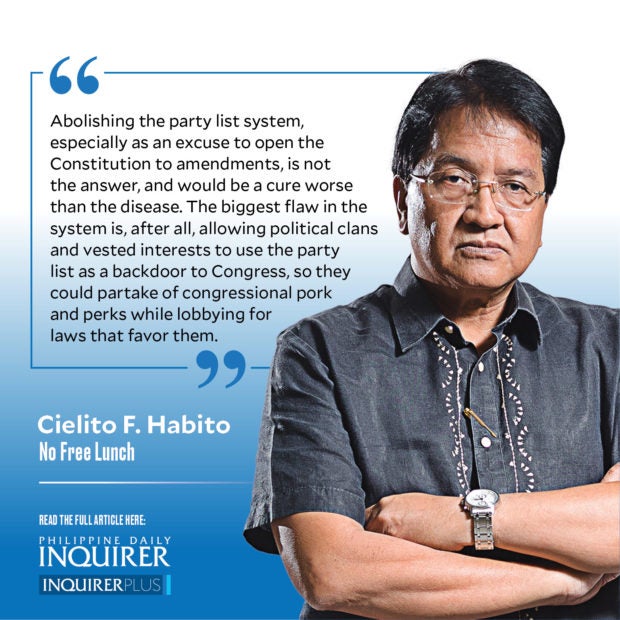 Soon after his election into office in 2016, I wrote hopefully — and with hindsight, naïvely — of President Duterte’s potential to be a unifying, bridging leader. I cited that even with a mere 39 percent plurality vote, he had an unprecedented broad base of support spanning all socioeconomic classes and geographic regions of the country. He was, thus, well placed to be a leader that Filipinos from all walks of life could rally behind, the team captain we needed to rally us to collectively row former President Fidel V. Ramos’ metaphorical national boat in the same direction, so we could surge full speed ahead. I entertained the hope, then, that Mayor Duterte could evolve into a unifying President Duterte, provided he would see how vitally important it was that he would. It would have required of him statesmanship and a leadership that bridges rather than widens already gaping divides among Filipinos. But when he categorically declared, soon after, that he neither aspired nor intended to be a statesman, I knew that it was all wishful thinking. Now nearing the end of his term, we can only rue how he, and we, missed what could have been a good opportunity to get closer to true nationhood. And so, we continue to have a country badly divided, seemingly even more so than ever.

After an extremely divisive electoral campaign, we now have Ferdinand “Bongbong” Marcos Jr. as presumptive president, who appears to have received, for the first time in decades, the mandate of a majority vote (although not a few refuse to believe that). He also ran on a platform of unity, constantly asserting that this is what the country needs most, if we are to move forward — a motherhood statement no one would dispute, but has yet to be better elaborated. The campaign line is said to have resonated well with his supporters, especially as he adopted a studied non-adversarial public posture that allowed him to claim an air of magnanimity — even as armies of demolition teams, online trolls (dictionary definition: a person who intentionally antagonizes others online by posting inflammatory, irrelevant, or offensive comments or other disruptive content), and bots (definition: automated programs used in social media often designed to mimic human users for dishonest and nefarious ends) did all the dirty work of a vicious negative campaign of vilification and character assassination against Vice President Leni Robredo, his main opponent since the 2016 election. Meanwhile, she and her supporters found themselves trapped in the inescapable position of waging a “negative campaign” as there was no other way to counter blatant falsehoods that had systematically built and broadened Marcos’ base of support over many years.

My friend and fellow columnist Winnie Monsod roundly dismisses the idea I toyed with last week of a possible miracle of a transformed Marcos Jr. who will seek to genuinely redeem his family’s name by truly becoming the unifying president he promised to be. She, of course, has every reason to laugh the whole idea off. Perhaps, it’s naïve of me again to even entertain such a scenario. Still, the Filipino people must hold Marcos Jr. and his running mate to their word. With the bitterly divisive campaign over and the winners only waiting to be officially proclaimed, true unification, if this was more than empty rhetoric, must begin with the winners demonstrating convincing and sincere gestures of unity. After all, the president and vice president are accountable to all 110 million Filipinos, not just the less than one-third of them who cast ballots in their favor. They can start with quelling the troll armies who continue to wage a vicious campaign of division and conflict. They can demonstrate sincerity by putting together a Cabinet based on competence, not on political color. They can stop the Red-tagging of opposing views and actions meant to call out and help fill governance gaps. And they can set an example of prudence and frugality at a time of still great economic hardship for a large number of those who have put them into power.

Synonyms of wishful thinking that I found on dictionary.com include delusion, fantasy, self-deception. Well, so be it.