Censorship in the Philippines 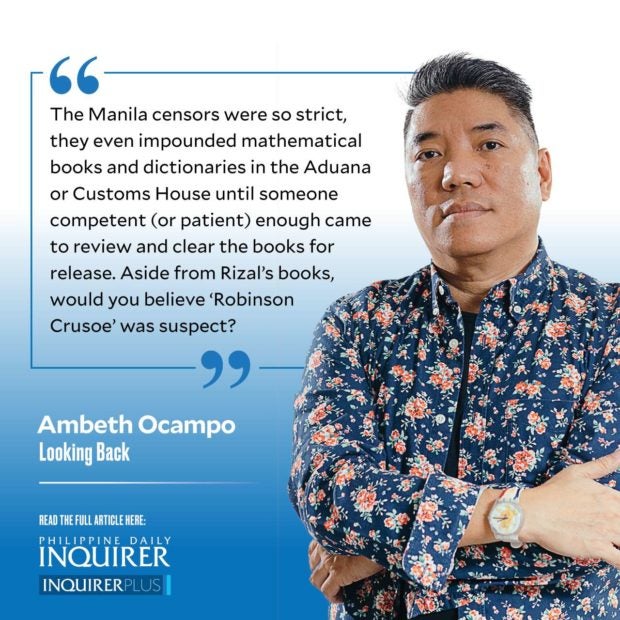 Coming from a generation known as the “martial law babies,” I remember what it was like to live with censorship of print media, television, and the movies. “Voltes V,” my favorite Japanese anime, was banned for violence. My career took off after 1986 when freedom of the press was restored and media outfits multiplied like mushrooms. Although there was no censorship anymore, my column was tolerated because history was considered “safe” until I realized that sometimes I could comment on the present by using the past. Then came the internet and social media that opened the floodgates of information, delivered at a speed and quantity that we are all humanly incapable to digest. Created with all good intentions, who would have known that the internet would be weaponized using fake news, conspiracy theories, “alternative facts,” etc. A tsunami of online disinformation continues to challenge those not critical enough to sift fact from opinion, truth from falsehood. Short of censorship and fact-checking, what can we do to arrest the tide?

First step would be to write a history of censorship in the Philippines that goes all the way back to the Comision de Censura in the Spanish colonial period. First stop should be the primary sources preserved in the Philippine National Archives where relevant material are arranged in bundles marked “Censura.” Documents and notes that Wenceslao E. Retana used for his 1908 book “La censura de imprenta en Filipinas” (Censorship of Print in the Philippines) are preserved in the New York Public Library. Then, there was the Catholic “Index Librorum Prohibitorum” (Index of Prohibited Books) first compiled in 1557 by Pope Paul IV that was abolished in 1966 by Paul VI.

The Catholic Index was used by the Comision de Censura to determine what books could be printed or imported into the Philippines. The Manila censors were so strict, they even impounded mathematical books and dictionaries in the Aduana or Customs House until someone competent (or patient) enough came to review and clear the books for release. Aside from Rizal’s books, would you believe “Robinson Crusoe” was suspect? The late Bienvenido Lumbera said Filipinos were not allowed to own Bibles or read these unsupervised for much of the Spanish colonial period because it was feared the natives would misunderstand or misinterpret the text. A 19th-century travel account of the Philippines stated that Manila Customs inspections were keen on concealed guns and Bibles brought into the country.

Books of World War II vintage sold in the Recto resellers and Ermita antique shops usually had a red stamp on the flyleaf or title pages that certified that these had passed the scrutiny of the Japanese Military Administration. In these books, American icons like the Stars and Stripes or even the face of George Washington were covered in black ink. In the San Beda College Library, I was surprised to find 1950s issues of National Geographic where ethnographic photos of topless tribeswomen were covered decently in blank ink. The practice continued until the late 1990s when the librarian similarly defaced GQ and other magazines. I called the attention of the librarians and reminded them of their duty to make information accessible rather than censor what they thought inappropriate. Their polite reply was, “if we don’t cover up these sexy women, some of the boys will tear them out of the magazines and take them home.” Now that internet porn is readily accessible, the librarians hopefully stopped censoring magazines.

Censorship is fascinating as a reflection of the times—what people found objectionable yesterday is acceptable today. Filemon V. Tutay, in the 1933 Philippines Free Press, reported that the deleted footage from the film “Ligaw na Bulaklak” was saved, but the producers planned to recycle them for the sequel “Lantang Bulaklak.” Seven hundred feet of film was cut out of “Satanas,” a movie on medical misconduct. Then, there was censorship of “Dalaga,” not for sexual content but for being “injurious to the policy of the government.” All deleted footage spliced together was kept in the vault of the Board of Censors that was destroyed during the 1945 Battle for Manila. A great loss to the yet unwritten History of Censorship in the Philippines.