Wanted: A leader who inspires 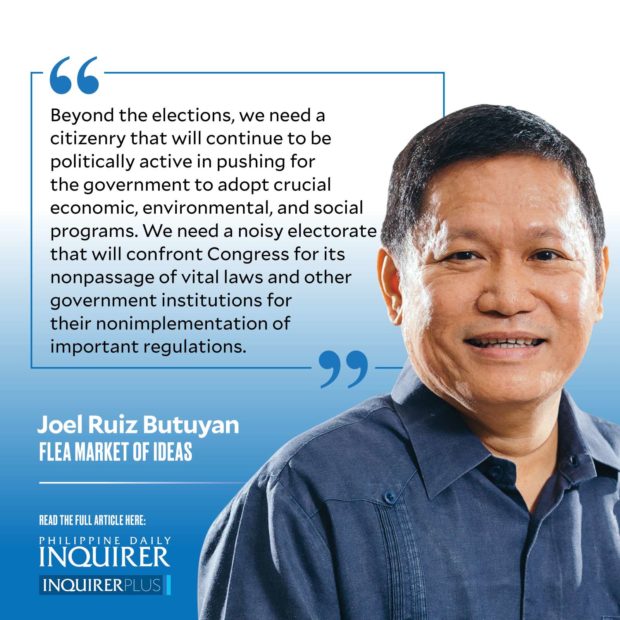 The trait that exceptionally distinguishes Robredo is her immense power to inspire her supporters to become altruistic and patriotic. Robredo’s candidacy has sparked the kind of volunteerism that we’ve never seen before. There were shades of this when Cory Aquino ran against Ferdinand Marcos Sr., but they were muted because of the Marcos dictatorship’s notoriety for violence.

Tens or even hundreds of thousands of Robredo campaign volunteers have fanned out all over the country. The house-to-house campaign being waged for Robredo is unprecedented in a presidential campaign. All other past and present presidential campaigns could only manage rallies where people congregate to listen to speeches.

It’s also unprecedented that a candidate’s (Robredo) supporters have been spending their own money to buy campaign paraphernalia that they distribute themselves. Even with the huge margin that Ferdinand Marcos Jr. enjoys as survey frontrunner, we don’t see his supporters doing even a fraction of the same.

The number of actors, actresses, singers, and artists donating their talent outputs to Robredo is also unparalleled. For the first time since 1986, the Catholic Church has come out, not formally but fundamentally, to actively support a presidential candidate, Robredo. A noticeable number of Muslim religious groups have also come out expressing support for Robredo. And for the first time in its history, the Moro Islamic Liberation Front has expressed support for a presidential candidate (Robredo).

How much of the volunteerism is caused by a dislike for Marcos Jr. and how much is it due to the inspirational trait of Robredo? If Robredo didn’t run and anti-Marcos voters were only left with Manila Mayor Isko Moreno, Sen. Panfilo Lacson, and Sen. Manny Pacquiao to choose from, would voters be spending their own money and devoting their time in house-to-house campaigns for any of them? Maybe, but not anywhere near the magnitude of what’s being done for Robredo. My ventured guess is that the inspired volunteerism happening now is half due to a strong dislike for Marcos Jr. and half due to the inspirational trait of Robredo.

One serious problem in our country’s politics is that we don’t have a mass base of citizens who practice political activism and social volunteerism beyond the election period, except for leftist groups. After the elections, voters sit back and passively wait for the new president to deliver on his/her promises.

This culture has brought us our deep-seated societal problems because we have politicians who feel immune to accountability and businessmen shorn of empathy for the masses.

Beyond the elections, we need a citizenry that will continue to be politically active in pushing for the government to adopt crucial economic, environmental, and social programs. We need a noisy electorate that will confront Congress for its nonpassage of vital laws and other government institutions for their nonimplementation of important regulations. We need a substantial base of middle and upper classes of people who will moderate their greed and give farmers, laborers, small-scale suppliers their fair share of profits in order to help poor and marginalized sectors.

Beyond the elections, we need a quarrelsome citizenry that will support a president willing to confront the well-entrenched political warlords who manipulate governmental powers and business syndicates who monopolize economic opportunities.

We can have unending debates on the competence and integrity of all the presidential candidates. But this election campaign has shown us that only a President Robredo has the trait of a transformational leader who can inspire a huge base of our people to contribute money, talent, and time to assist the government in dismantling the structures of injustice and inequity in our country.