Our habit of denial 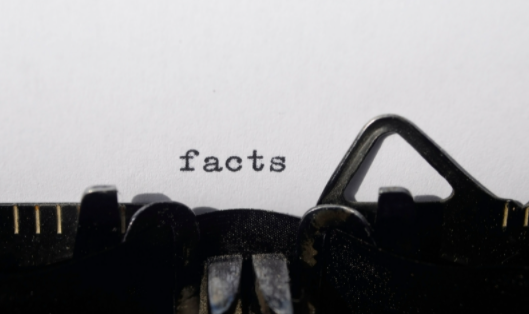 I remember being part of a debate between evolution and creationism in high school, where I was assigned to defend the former. I was quite confident. After all, the evidence was on my side. All I had to do was present it. Yet, after the debate concluded and the votes started pouring in, I was witnessing, to my horror, creationism being championed as the viable model of origins of our species.

I was baffled. How, despite evolution being an incontrovertible fact, had I failed to convince my audience of its basis in reality? It seems as though my participation only served to increase their belief, driving them further away from science.

But this wasn’t an isolated case. Evidence of reality denial, or the unconscious defense mechanism used in denying the consciously intolerable, is everywhere.

With the current pandemic, for example, there are people who believe that it’s just a man-made event developed to bring economic value to the medical industry, and that’s just one of the many conspiracy theories circulating on the internet. On a side note, had the people in my school accepted evolution as a law, it would’ve aided in their appreciation of vaccine manufacturers who use it as a basis to understand how we can combat COVID-19.

On a more catastrophic level, there are also climate change deniers who lavish in uncertainty instead of possibility, causing people to not take action either on a citizen or consumer level. Yet, even those who are educated on climate change continue with their lives as though there is no imminent threat that would one day become irreversible.

The political climate is also not any different. Historical facts are being continually denied, more so here in our country. Sadly, through the power of repetition, especially utilized in advertisements, for instance, it’s easy to believe in falsities and vote for the wrong candidate.

Then there’s also Vladimir Putin, who’s waging war against Ukraine despite warnings from several world leaders that, apart from the deaths of innocent lives, an economic downfall will also take place.

In any case, we are merely benefiting from the short-term comfort provided by reality denial, but never learning a lesson once the long-term effects have taken place.

How did we become this way when it’s clear that reality denial can threaten our lives? First, we have to understand how it has helped us survive.

It goes without saying that reality is unpleasant. Many of us have our own coping mechanisms to deal with it, from sky-diving to smoking cigarettes. Even if some of these are harmful, we continue to live in denial, because in the face of threatening existentialism, we stop rationalizing altogether and we go with what feels right.

Acting with our emotions enabled our ancestors to survive. When a lion is about to maul you, you don’t stop and think. You react immediately. Though not all emotions have led us to safety, the net average of our attempts positively equated in the survival of our species.

This is one of the reasons why religion is a universal concept. When faced with the truth of our mortality, we try to convince ourselves that there is an afterlife where we can continue. But even atheists, who might consider themselves as extreme realists, are also vulnerable to shrugging off reality and taking risks.

In short, if we did not have the ability to deny reality, it would’ve depressed us beyond belief. In an evolutionary perspective, the idea is to increase reproductive fitness, which reflects our ability to pass our genes to future generations. But if we knew that our death was inevitable, less of our female ancestors would have taken the risk of giving birth, as it could spell the end for both mother and child.

But denial of reality allowed our ancestors to take the risk, so that we could proliferate our kind.

Sadly, that very ability may also entail a catastrophic future. Indeed, this may even serve as an explanation to Fermi’s paradox, which posits why, despite all the planets in the universe that could potentially hold life, have we not seen aliens? It’s probably because they were too smart for their own good and kept denying the consequences of their technological advancement, bringing an end to their kind. And that’s what’s happening to us right now with our tendency to wage nuclear warfare.

But enough about prophecies and let’s see how we can mitigate our penchant for denial in a healthy manner. Like with alcoholics, the first step is awareness. But that’s difficult, because even alcoholics deny they have a problem. In their perspective, you’re the one in denial.

When having conversations with a differing side, put emotions out of the way. Not only will this prevent both sides from exchanging personal attacks, our rational mind would have more space. In addition, listen carefully and ask questions. Try to see things from their perspective and understand why they might be holding that position (i.e., someone might believe in the afterlife because someone they love died). Lastly, changing facts doesn’t mean changing their world views (i.e., one can love experimental science and religion at the same time).

There is power in engaging the other. Keep believing that people can change. In fact, Megan Phelps-Roper was once a member of the Westboro-Baptist church and often picketed hate signs. Through heated, yet kind conversations with people on Twitter, she was able to change her mind and free herself from the antagonistic cult she was born into. Indeed, even the Vatican has a Pontifical Academy of Sciences that has recently accepted evolution as a fact. If the Vatican can adjust to facts, then it’s possible that we, too, can.

All of this isn’t to say that denial should be eliminated but only mitigated. After all, we still need a healthy dose of it. But facts, on their own, are nothing without an army of people using them as the foundation in making an effective democratic country. And we can only achieve that if we gain awareness of denial’s deleterious effects and form a middle ground.

The truth will and will always be uncomfortable. But maybe, this time, utter denial isn’t what we need to survive but to acknowledge reality. In the end, it’s all for our future.

A love story after ‘and they lived happily ever after’