The case for runoff voting 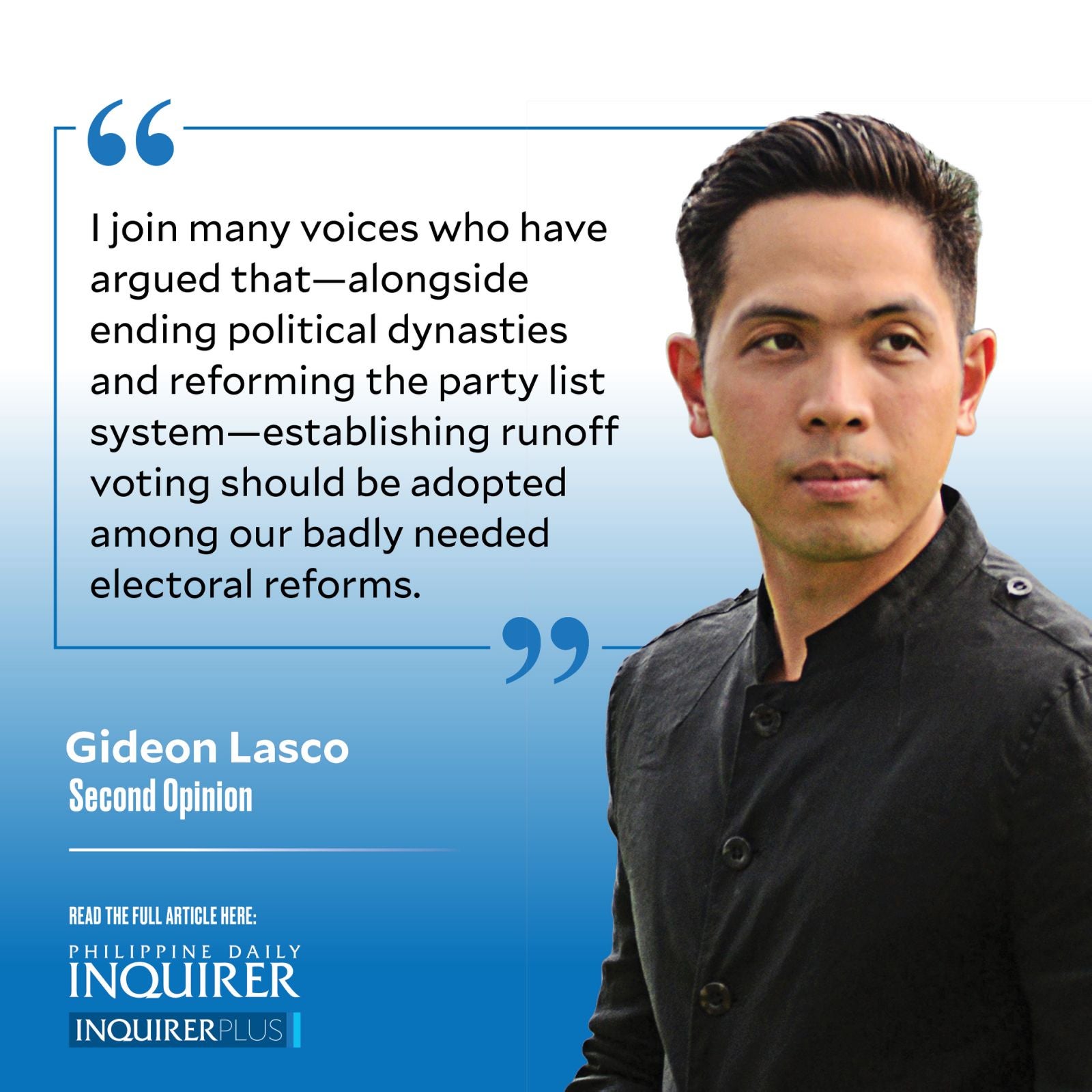 Bogotá, Colombia — Here in Colombia, as in the Philippines, people are caught in election fever, ahead of the vote this coming Sunday for all 102 seats in the Senate, all 188 seats in the House of Representatives, and “interparty consultations” to determine the presidential candidates of three major political coalitions: the left-leaning Pacto Histórico, the centrist Centro Esperanza, and the conservative Equipo por Colombia.

Just like back home, colorful posters and billboards bearing the faces of candidates, as well as loudspeakers blaring their campaign promises, are familiar sights and sounds of the season.

But there is one major difference: Soon after our polls close on May 9, barring some seven-hour glitch, we would know more or less who the next president will be—it is simply identifying whoever got the most number of votes.

In contrast, unless someone wins an absolute majority (and not just plurality) of votes in the May 29 presidential elections, the top two candidates will move to a segunda vuelta (second round) or a runoff election weeks later, to determine who in fact will succeed the current president, Iván Duque. Since such a rule was established in the 1991 Constitution, there has been a second round in four elections, including in the most recent one in 2018, in which the runner-up, the left-wing politician Gustavo Petro, is running anew and is leading the opinion polls today.

Most interestingly, the runner-up gets a Senate seat as a “consolation prize.”

The idea of runoff elections is nothing new, with its origins dating back to 19th century France. Such is its eventual global popularity that over 80 countries—including much of South America—have adopted it in some form; it is only in our region where the system has not gained traction, with only Indonesia making use of it.

There are a number of oft-cited rationales for two-round systems.

First, it ensures that whoever emerges will get a majority support, avoiding questions of legitimacy, giving the winner political capital to push for their agenda. In contrast, in the Philippines, the lack of a strong mandate has meant that our presidents are always beholden to various interests—and are rarely able to push for radical reforms.

Second, it helps prevent “vote splitting” or the division of votes among candidates with similar constituencies and platforms. Of course, this can also be a disadvantage, too, as when corrupt factions are able to coalesce behind one candidate. But it also gives people who believe in democracy and human rights the chance to rally behind one representative.

Third, in the words of my fellow columnist Richard Heydarian who wrote about this topic back in December, it “encourages coalition-building among similarly-minded parties, and pressures candidates to adopt more practicable and less polarizing policy positions.”

Finally, it gives more time for people to vet candidates. In 2016, for instance, the sudden emergence of Rodrigo Duterte meant that people did not have the time to scrutinize his background and his platform; even if he would have eventually won against runner-up Mar Roxas, having a second round would have provided the opportunity to interrogate his authoritarian agenda, not least of which was his “war on drugs.”

Needless to say, no electoral system is perfect and the two-round system also has some disadvantages. For one, some critics have argued that it is costly both in terms of government resources and people’s time, potentially leading to low turnout (for this reason, some critics of two-round systems support ranked-choice or instant runoff voting, but that’s even more complicated and thus unfeasible in the Philippines).

In practice, moreover, it may lead to a situation where the eventual winner is not really the preference of the majority. As my Colombian colleague Alejandra Cervantes Nieto, who teaches at the University of Vienna, told me, “In the first round you cast an opinion vote, a vote for the best candidate in accordance with the voter’s political ideology. In contrast, the second round is a vote for the ‘lesser of two evils.’ It is, in a way, a decision driven by fear rather than coherence with the voter’s political ideology.”

These shortcomings, however, are outweighed by the chance to promote consensus-building and prevent someone who does not represent the country’s majority from taking over the presidency.

Thus, I join many voices who have argued that—alongside ending political dynasties and reforming the party list system—establishing runoff voting should be adopted among our badly needed electoral reforms.