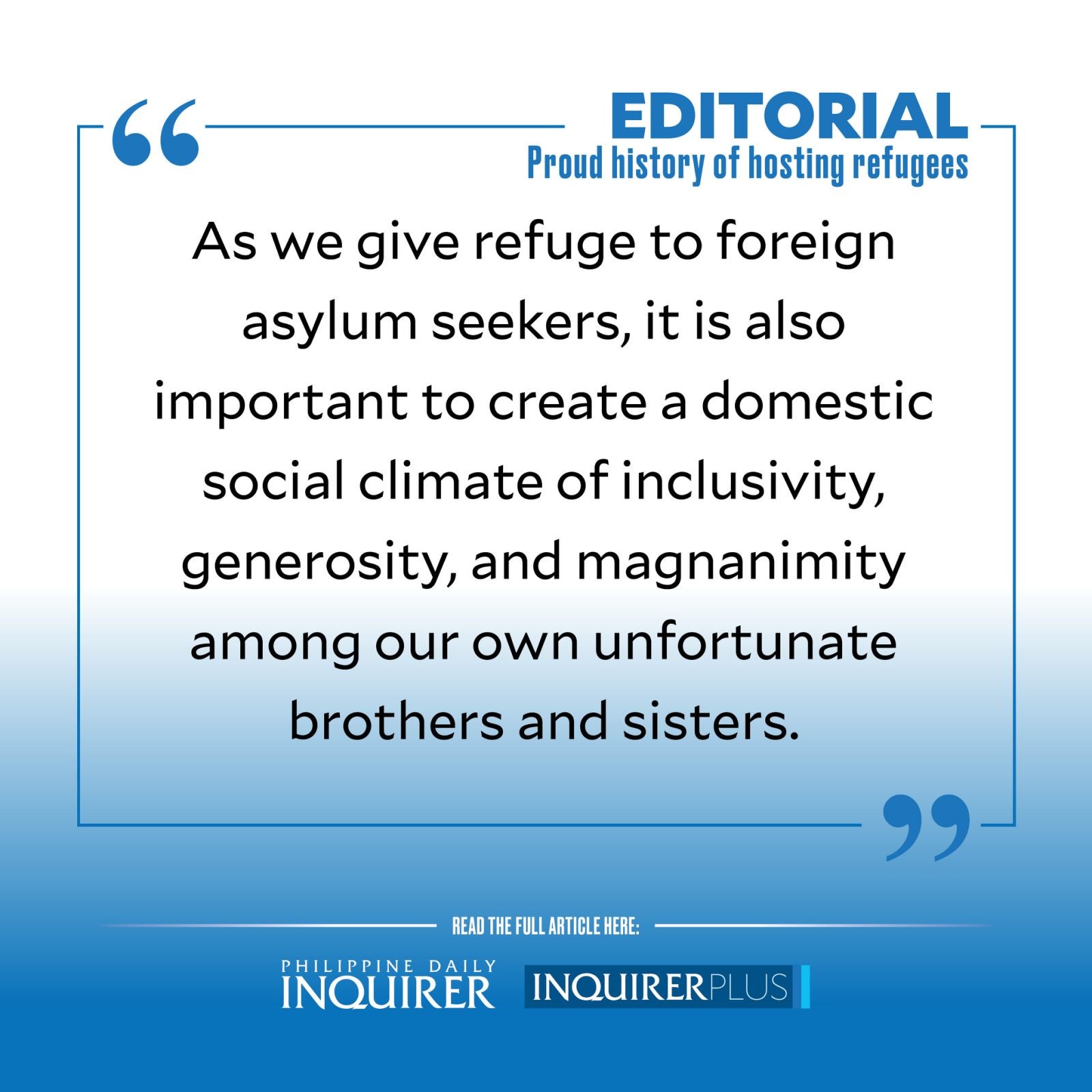 Among the first of the “nine waves” of foreign refugees the Philippines has played host to included so-called “White Russians” who were fleeing prosecution from the “Red” or Communist Russians at the end of World War I.

In an article written for the UN High Commissioner for Refugees (UNHCR), Laurice Peñamante noted how the Philippines has maintained a “strong humanitarian tradition” of welcoming refugees fleeing repressive regimes or violent wars.

The first of these refugees were 800 Russians who were part of a larger group of 7,000 to 8,000 fleeing Vladivostok in 1922. While some settled in Shanghai, China, many more later resettled in the US. Others ended up in Manila and opted to stay, with some 250 of them migrating to Mindanao “to work in the then-prospering abaca plantations.”

Another wave of refugees from Russia arrived as the Communist Party in China was routing the Kuomintang forces. In what has come to be known as “Tiempo Ruso (Time of the Russians),” some 6,000 White Russians were welcomed to the country after President Elpidio Quirino approved their entry. According to Peñamante, the Philippines was the sole government that responded positively to a letter asking for asylum that the community in Shanghai had sent to countries all over the world. The refugees would find refuge in a camp set up in Tubabao Island in Guiuan, Eastern Samar, from 1949 to 1953.

Says Peñamante: “The Philippines stood out as the only nation (that) expressed willingness to accept (the Russians) even while the young republic was still reeling from the havoc of war.”

Today, with hostilities escalating between invading Russian forces and Ukrainian troops and civilians resisting, the possibility of hosting refugees from Ukraine seems remote. This, given the distance between the Philippines and Ukraine, and the readiness of Ukraine’s neighbors and allies to take in those fleeing the conflict. Nevertheless, Justice Secretary Menardo Guevarra said last week that Ukrainians are “welcome in the Philippines for humanitarian reasons.”

Our own citizens in Ukraine—there were around 400 working there or married to Ukranians—have been reluctant to come home, however. Only 13 recently arrived in Manila after being driven by bus from neighboring Poland and flown back home. Even as missile bombings are turning their surroundings into a living hell, many Filipinos have opted to remain in the war-torn nation. A few voiced a relevant question: “If we do go home, what kind of work will we find there? How will we help our families?” And there lies a succinct summation of the dilemma confronting those caught in the Filipino diaspora.

But back home, asylum seekers have found an opening to Filipino citizenship via an administrative order recently issued by the Supreme Court. The order is known as the “Rule on Facilitated Naturalization of Refugees or Stateless Persons.” The rule, says a statement issued by the high tribunal, is “the only judiciary-led initiative of its kind,” making it easier for stateless individuals and refugees seeking sanctuary in the country to acquire Philippine citizenship, including minors who have lost their parents or legal guardians.

The order was followed soon after by the issuance of Executive Order No. 163 signed by President Duterte on Feb. 28 institutionalizing protection for stateless people, refugees, and asylum seekers. It established an interagency committee headed by the justice secretary with the head of the Department of Social Welfare and Development as vice chair, and other agencies represented in the board.

Based on the EO, the committee’s main purpose is to help the identified individuals access services in line with relevant laws, and “improve” their access to courts, health care programs, documentation, and skills and livelihood opportunities. The committee will also be coordinating with the UNHCR and conduct training and capability-building activities.

Before Russia’s invasion of Ukraine, President Duterte had offered to accept refugees from Afghanistan fleeing the Taliban takeover. One wonders if this is part of a push on the part of Malacañang to earn brownie points in the international community. Perhaps the Russia-Ukraine crisis formed part of the motivation for the EO institutionalizing a system for foreign refugees and asylum seekers. But it is a laudable move that bolsters even more the Philippines’ long and proud history of humanitarian response to peoples displaced by international crises.

This open arms policy for refugees should also hopefully trigger an even broader and deeper institutionalized response to the needs of our own local refugees, those beset by any number of natural disasters and incidents of violence, terrorism, and even state-sponsored aggression and persecution. As we give refuge to foreign asylum seekers, it is also important to create a domestic social climate of inclusivity, generosity, and magnanimity among our own unfortunate brothers and sisters.