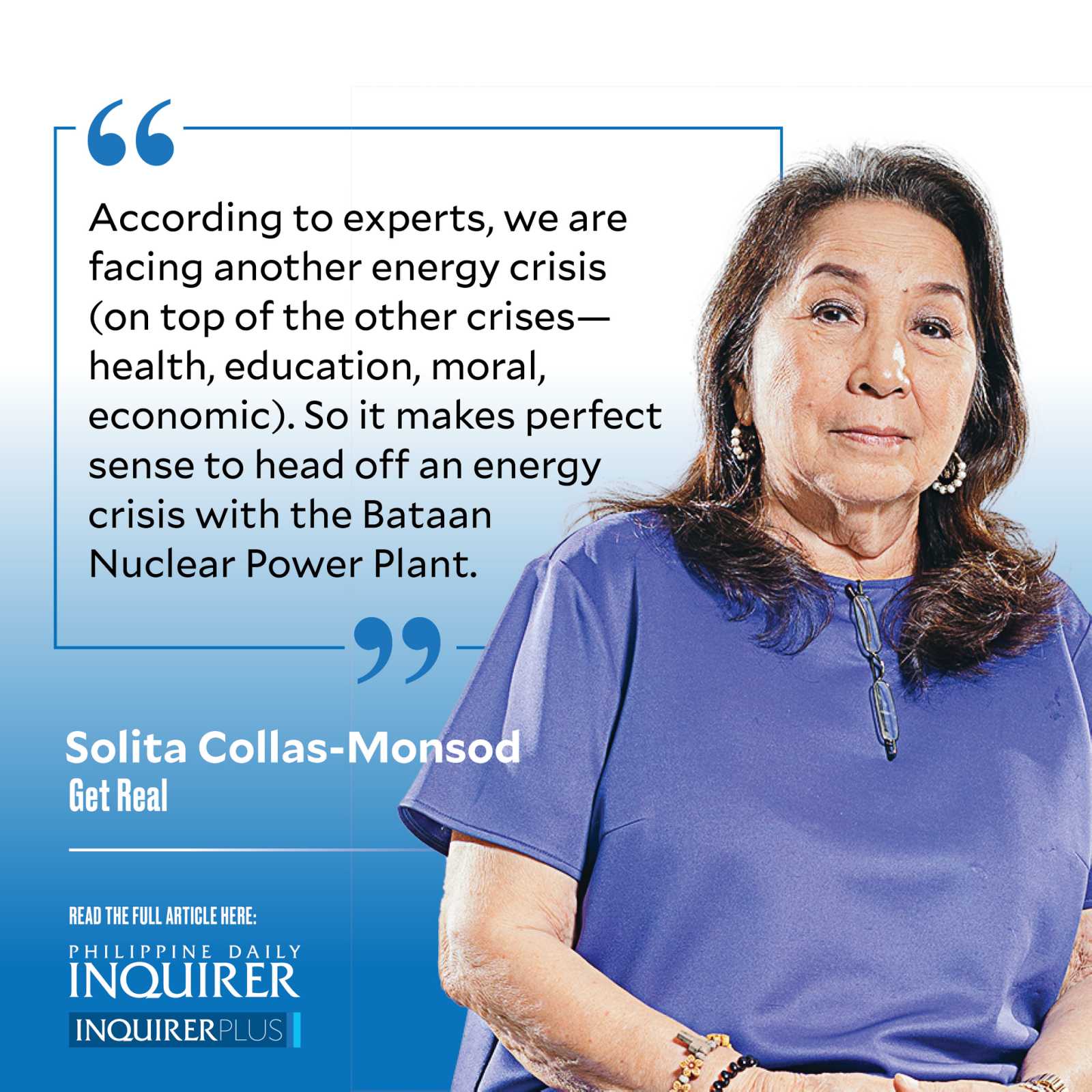 Methinks, Reader, that the swiftness and the severity of the international community’s economic sanctions against Putin’s invasion of Ukraine will make China think more than twice about seeking a military solution against us, as President Duterte has held over our heads, with regard to its claims on the West Philippine Sea.

True, the United Nations has acted more like a toothless tiger on the issue, which will renew calls for much-needed reforms on its structure and operational procedures, which have been in place since it came into being after World War II. And the United States can no longer act as Big Brother to democracies or would-be democracies in danger.

But this has been more than made up for by countries taking a stand against the aggressor (Switzerland has abandoned its much-vaunted neutrality, and has frozen Russian assets), and corporations, multinational or local, suspending doing business with Russia. Even the Filipino people have fasted and abstained for Ukraine, and our Masses have been ending with prayers for the country. Every little bit helps, in showing displeasure against Putin’s Russia behaving like the rogue country that it is.

FEATURED STORIES
OPINION
PNP’s laudable move
OPINION
Flashes of the past in ‘Katips’
OPINION
‘Maid in Malacañang’: A biased review

The problem is that while we are waiting for the sanctions to take full effect, we have to stand by and witness the physical destruction of Ukraine and the agony of its citizens as Putin brazenly bombs their apartment complexes, and targets hospitals, universities, the Babi Yar holocaust memorial shrine, and a nuclear power plant. So by the time the economic sanctions against Russia succeed, if it succeeds, Ukraine may have been totally bombed out.

It is no consolation to say that the operation was successful, if the patient is dead. And bringing Putin to justice as a war criminal will take a long time. Most Russians still don’t know what is going on, given the media control in Russia. Déjà vu. Ferdinand Marcos may not have been a war criminal, but he certainly was not a war hero, as he claimed. Many Filipinos still don’t know that, 75 years after the fact.

In any case, while Putin is indifferent to being an international pariah, China has taken pride in being a world leader, not a world rogue. It has to do perhaps with the save-face mentality of Asians. I am betting on it, but that doesn’t mean that our military shouldn’t be reviewing their defense plans with assiduousness. They shouldn’t get caught with their pants down.

Kudos to Mr. Duterte for signing Executive Order No. 164 including nuclear power in the country’s energy mix, and looking into the reopening of the Bataan Nuclear Power Plant (BNPP) based on the July 2020 study of the Nuclear Energy Program Inter-Agency Committee.

Reader, you may not know or remember that the BNPP was built at tremendous expense, thanks to the corruption of the Marcos administration. It became a symbol of corruption, and in 1986, when it was to become operational, there was loud opposition from the anti-Marcos forces, exacerbated by the Chernobyl accident in the Soviet Union (Chernobyl is in Ukraine).

As Neda head at the time, I briefed President Cory and the Cabinet on the pros and cons of operating the plant. Among the pros was that the plant was already built (sunk cost) and its operating costs were minimal, compared to coal and oil-fired plants. There were 621 megawatts ready to go. Among the cons was that it was built on corruption, and that it could be like Chernobyl. I disagreed (Chernobyl had faulty design, as I recall, and it was operated by unskilled technicians).

I was in favor of operation, many Cabinet members were not. I said that if we were not to operate, we should at least not pay Westinghouse. President Cory agreed. So we did not operate. But she changed her mind about the debt. The rest is history. Without that plant, the Philippines suffered a tremendous energy crisis in the ’90s.

Now, according to experts, we are facing another energy crisis (on top of the other crises—health, education, moral, economic). So it makes perfect sense to head off an energy crisis with the BNPP.

BTW, Ronnie Velasco was the minister of energy at that time. He has a rest house in Bataan very close to the BNPP. Do you think he would have built that house if he had any doubts about BNPP’s operational safety?