A year of uncertainty 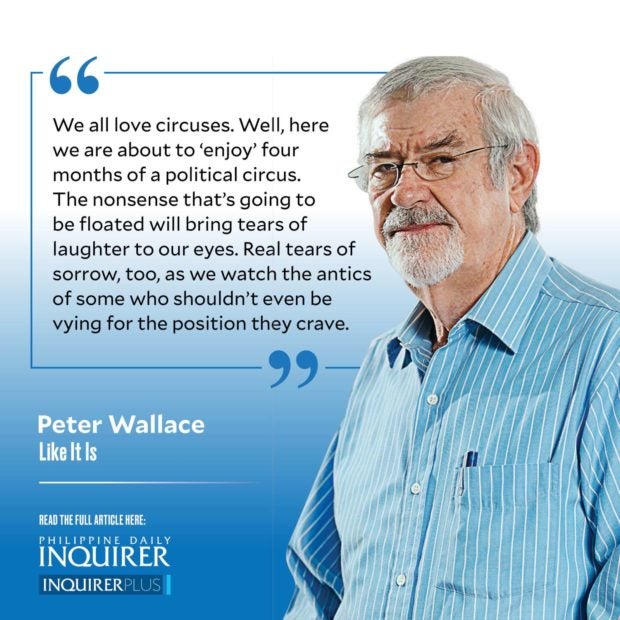 We all love circuses. Well, here we are about to “enjoy” four months of a political circus. The nonsense that’s going to be floated will bring tears of laughter to our eyes. Real tears of sorrow, too, as we watch the antics of some who shouldn’t even be vying for the position they crave.

In business, we demand expertise and proven experience in selecting executives. In politics, they don’t seem to matter a damn. Only two of the leading candidates have anything close to having the requisite expertise and relevant experience. The others do not have a history that would justify their ascendance into the nation’s top position. Surely, electing leaders for their proven competence is a change we need to adopt into the political arena somehow.

Maybe the ballot should have half-a-dozen criteria that you rank on a scale of 1 to 10, and then a weighted summarization is done to select the winner. A wild thought perhaps, but the present system is a proven failure. A failure compounded by the lack of a runoff election so our leader has majority support; in the system we have now, we get a leader where a majority didn’t want him/her (when are we going to come up with a single gender-neutral word for “him/her”). Although, in the present case, a 72-percent approval rating says the public does want President Duterte.

But better, as I’ve long argued, that we go for the superior parliamentary system where one’s peers elect the leader based on their knowledge of him/her. Let’s hope the next president does get the flawed 1987 Constitution changed to a more modern, more forward-looking one.

As it now stands, Bongbong Marcos would seem impossible to beat, yet previous elections have shown it could happen. In the past, early polls bore no resemblance to the final result. Manny Villar was ahead some nine months before the 2010 polls, but Aquino won in the end. In 2016, it was Binay in the lead some five months before the elections, but Mr. Duterte still won. Mind you, the gap was not as wide as it is now. In the last three presidential elections, there’s never been a candidate with majority support at this point in time, based on past Pulse Asia surveys.

To make this election more of a challenge, the four with any recognizable level of support should agree to consolidate behind only one. Based on the Pulse Asia survey, that one logically should be Vice President Leni Robredo, who’s the only one who seems to have any chance of challenging Marcos Jr.

I wonder what it takes for them to see that. When you have less than 10 percent of support and someone else has over 50 percent, the message is surely pretty obvious. As for the Commission on Elections or, later, the Supreme Court declaring Marcos Jr. ineligible, that has little chance of happening.

We have some idea of what can be expected of each candidate in their policy direction from their press releases and the statements they’ve made to the public. And I don’t like some of what I see. There’s a notable shift away from the power of market forces to the power of state control. A socialist shift that is disturbing, and that would lead to the ascension of monopolistic control in some sectors.

Outside of that, though, I’m less concerned. As we’ve seen under all previous presidents since Marcos Sr., the president has appointed competent, experienced leaders in the business and economic arena where we’re most concerned—and mostly left them alone to do their job, relying on their expertise to guide him/her. I would expect that to be the case in 2022, too. Let’s sincerely hope so. As we saw with President Duterte, he has been widely criticized for his handling of a number of issues, but not his management of what affects our business lives. He let his economic team, led by Finance Secretary Sonny Dominguez, do their job. They did that job competently, so we had a stable, fast-growing economy in a well-managed business environment—until the COVID-19 pandemic.

So, as with President Duterte, the most critical early decisions for us are on who will lead the departments of Finance and Information and Communications Technology. Together with the Department of Trade and Industry and the National Economic and Development Authority, these institutions will determine much of our business future.

As for society as a whole, the future looks far less bright. We’re heading into an uncertain year where a virus could continue to keep us from returning to a (new) normal life, and where who will lead the country, and in what direction, can only be guessed at. It will be 2023 before we get to really know the kind of leader we have, and what he/she will do to and for the country and its people.

It’s an uncertain year we face.