Blindsided by another supertyphoon 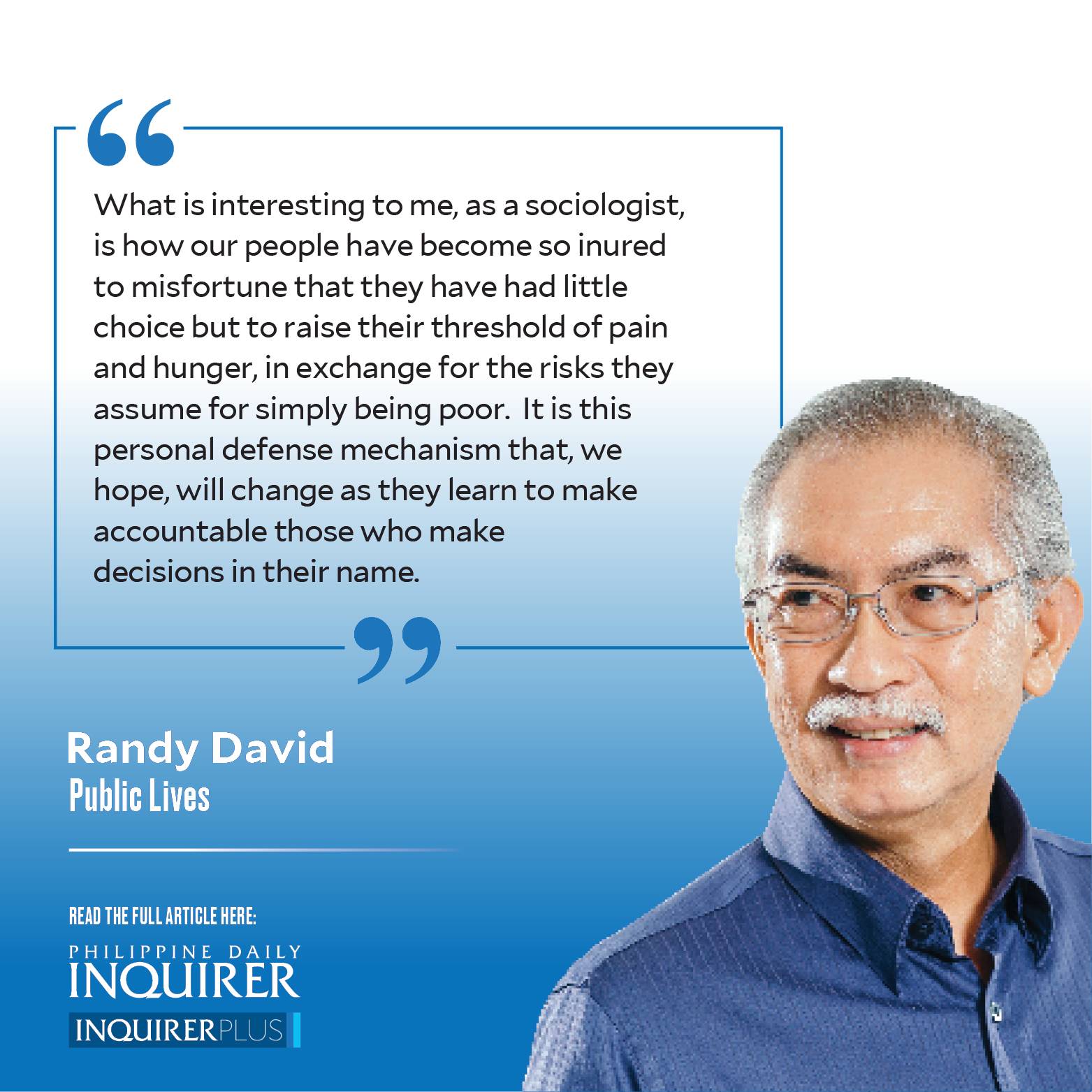 Two things were particularly striking in the way Supertyphoon “Odette” (international codename: Rai) hacked its ways through Northern Mindanao, the Visayan group of islands, and the Mimaropa region last week. The first is that it came almost at the end of the year, way past the usual typhoon season of June to November. The second is that it arrived just as our people were beginning to feel hopeful that, with declining coronavirus infections, their lives would at last return to normal.

The psychological blow that these two coincidences have dealt on the affected communities cannot be underestimated. It is enough to stun even the most resilient among us, and to baffle even those who habitually turn to acts of propitiation to manage Nature’s improbable ways. How much more suffering must we endure, they rightly ask—as though this were a test.

While the number of deaths and the scale of the devastation from Odette are nowhere near those inflicted by Supertyphoon “Yolanda” in November 2013, the impact of this latest disaster on the rest of the country has been as dispiriting. The same questions that were asked in the wake of Yolanda have resurfaced.

Were the warnings on the impending catastrophe accurately communicated? Why is the delivery of urgent relief assistance—food, water, and temporary shelter—taking so much time? Why were the various local government units seemingly unprepared? Who is coordinating the response at the national government level? What is to be done to ensure that the “pre-positioning” of much-needed relief is done with pinpoint accuracy so that assistance is deployed where it is most needed?

One cannot take lightly the importance of these questions, as tiresome as they may be, particularly when uttered in hindsight. But note: They are still framed in the language of disaster response, as this is commonly understood—meaning, what it takes to be able to bounce back from a catastrophe.

The real challenge, as Dr. Mahar Lagmay of the University of the Philippines Resilience Institute correctly observed in an interview the other night with ABS-CBN’s Christian Esguerra, is how to prevent hazards from turning into disasters every time there is a typhoon, intense rainfall, or an earthquake, etc.

Hazards, he reminds us, are features of our geological environment that we must learn to live with. We cannot prevent them, but we can adapt to them. They can be identified and mapped in relation to the sites of our existing human settlements. Detailed studies can show how these geohazards “behave” across historical time as a result of active geological processes, and projections can be made on what threat levels they may pose under varying global climate scenarios.

Indeed, since 2006, the Department of Environment and Natural Resources’ Mines and Geosciences Bureau has been conducting a geohazard mapping program in recognition of the reality of this existential threat. I understand that the aim is ultimately to produce a specific map for every barangay in the country showing areas most susceptible to destructive flash floods, landslides, earthquakes, storm surges, and volcanic eruptions. Right now, geohazard maps for each Philippine province and municipality are already available. They are downloadable here: https://www.phivolcs.dost.gov.ph/index.php/gisweb-hazard-maps.

The objective of this geohazard mapping program, using data from the latest satellite images as supplemented by regular field studies, is simple enough. It is to sensitize decision-makers at the local level to the presence of geological dangers in their midst and to guide them in the smart planning of their communities, and, at the minimum, on what to do in the face of potentially destructive events. In other words, it is to help these communities become not just resilient, but “antifragile”—to borrow the term invented by the writer Nassim Nicholas Taleb.

To become antifragile is to learn to live in an uncertain world marked by naturally occurring events like pandemics, typhoons, earthquakes, volcanic eruptions, etc. It is to transform vulnerability into calculable risk, thus making it a fit subject for decision-making that cannot be shirked. It is this kind of awareness (and the accountability that goes with it) that we should expect both the national agencies and the local government units to incorporate, for example, into their zoning and building codes and ordinances.

But this is easier said than done. One can imagine that local officials may consider their work done after posting these geohazard maps on the notice boards of their municipios, rather than undertaking the complex task of consulting residents and stakeholders, quantifying risks, and defining disaster thresholds. The latter is fraught with the danger of being blamed either way—for being overly cautious at great cost, or for taking too much risk. The result, as Niklas Luhmann puts it in his book “Risk: A Sociological Theory,” “is a refusal to calculate whenever one feels that risky behavior could lead to disaster.”

What is interesting to me, as a sociologist, is how our people have become so inured to misfortune that they have had little choice but to raise their threshold of pain and hunger, in exchange for the risks they assume for simply being poor. It is this personal defense mechanism that, we hope, will change as they learn to make accountable those who make decisions in their name.