Of the more than 500,000 Filipinos who died during World War II and its immediate aftermath, only three are honored in our currency, in particular the P1,000 bank note.

But the three hero-martyrs are, in the view of historians, representatives of different sectors of Philippine society at that time embroiled in the anti-Japanese effort. These are the military, the civilian officialdom, and the ordinary citizens, what would be known these days as civil society, but also of women whose role in the resistance is little recognized.

Most prominent of the three is Jose Abad Santos, who was appointed chief justice of the Supreme Court and caretaker of the government upon the outbreak of war. He was, together with his son, captured by Japanese forces and after refusing to cooperate with the invaders, was executed by them. Josefa Llanes Escoda was a civic leader who founded the Girl Scouts of the Philippines and with her husband Antonio was active in providing food and aid to American and Filipino prisoners of war, until they were captured and detained by the Japanese in Fort Santiago. Gen. Vicente Lim was the first Filipino graduate of West Point, the American military academy. He was deployed as field commander in Bataan at the outbreak of hostilities and was among the thousands of Filipinos and Americans in the infamous “Death March.” After his release, Lim continued to be involved in guerrilla operations until his arrest in 1944.

One thing the three also have in common, aside from being believed to have suffered horrendous torture in the course of interrogation, is that no one, not even their families, knows exactly where they are buried. Thus, it can be said that while relatively unknown and their heroism unacknowledged, they eventually found a “home” in their countryfolks’ hearts by being enshrined in the thousand-peso bill.

But not for long, it seems. Early this week, Bangko Sentral ng Pilipinas Governor Benjamin Diokno announced the redesign and reprinting of the P1,000 bill, which will, supposedly for purposes of hygiene, practicality, and durability, be printed on polymer sheets instead of abaca-blend paper. (Abaca growers have protested this move.)

The most drastic and controversial step taken in the redesign of the bill, though, is the replacement of the portraits of the three hero-martyrs with an image of the Philippine eagle. “It’s like killing these three people again, and it’s more painful than what the Japanese did, because the ones that are redesigning the bank note are Filipinos,” said Jose Maria Bonifacio Escoda, a nephew of Josefa. The change, added World War II historian Dr. Ricardo Jose, was “a slap in the face of the heroes” who “paid with their lives” for the welfare of the country and people. 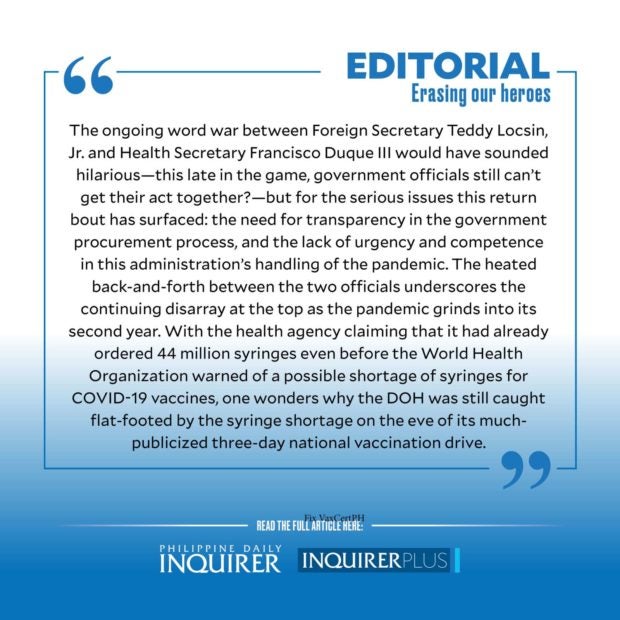 Diokno explained that the change was in keeping with the Monetary Board decision to embark on a “flora and fauna” series.

Deputy Speaker Carlos Zarate, aside from criticizing the choice of an eagle over three heroes, has also pointed out egregious errors in the proposed design, specifically the wrong spelling of the scientific name of the Philippine eagle. This is not the first time that proofreading errors have escaped the notice of the guardians of our monetary system.

In reaction perhaps, the BSP said that, aside from correcting the errors in the new design, the current P1,000 bill will continue to be printed and circulated alongside the new polymer bills.

One wonders, though, how extensively the BSP Monetary Board studied the implications of the drastic change. Given the objections raised by academics and historians, it’s doubtful if the board consulted enough of them to get their feedback. According to Diokno, the National Historical Institute (the previous name of the National Historical Commission of the Philippines) was consulted before the final design was chosen. But NHCP chair Rene Escalante has denied the claim.

Before launching a new product in the market, manufacturers normally conduct a survey or at least focus group discussions to gauge public reaction to the product and identify possible pitfalls. A senior official of the BSP said in a TV appearance that the BSP saw no need for consultations with the NHCP because the flora and fauna series on the bills was already approved by the Department of Environment and Natural Resources. But what about the larger civic importance of the reminder presented by the three hero-martyrs’ presence in the currency? Is the fate awaiting Lim, Escoda, and Abad Santos but a harbinger of the inevitable erasure of other heroes in other bills? We are a people bereft, it seems, of memory, gratitude, and patriotism.