Real support, from the ground up 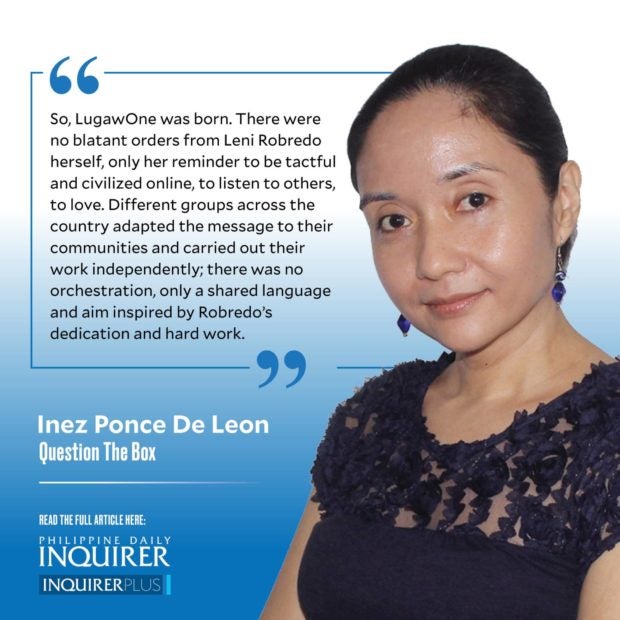 I’ve taught research classes since 2013, and I always start the semester by introducing my students to the concept of worldviews. My favorite is the critical paradigm:

There might be an objective reality, but it is hidden beneath ideologies that have been fed to us for centuries, and these ideologies are cemented so deeply in society that we often accept them as truth. In this worldview, the researcher must always question reality and take nothing for granted.

Communication under the critical paradigm, therefore, does not consist of transferring information top-down, or from experts to audiences. The critical paradigm is tied to true grassroots work: Communication becomes a process of engagement, where researchers facilitate discussions so that people recognize how they can uplift themselves, define their own problems, and formulate their own solutions to those problems. This process is difficult: Some people simply want to be told what their problems are; others simply want a solution to be handed to them.

True grassroots work is challenging to initiate because people often love their inertia without knowing how stuck they already are. It is difficult to wake them up so that they can fight against a supposedly “normal” system—and nowhere is this more obvious than during election season. Here we go again: Expletive-riddled speeches, drama, grandstanding, empty promises, campaign jingles, campaign posters, campaign dance videos that make already annoying politicians look like they walked straight into an electric fence on their way to plunder the country.

Every election, we hope that people finally open their eyes and realize that the problem is not the government, but in accepting that such a government is inevitable and unchanging.

When grassroots efforts do succeed in this regard, however, they are wonderful to behold, and they are a testament to the power of people to create change.

Here’s an example. Back in 2016, anti-Leni Robredo bloggers trotted out the moniker “Leni Lugaw.” They used the label to ridicule Robredo, her followers, and the bowls of rice porridge that the Robredo camp sold during her campaign. The nickname was meant to be chanted like a mantra of poorly educated bullies haunting a playground; it was supposed to be used repeatedly as a derogatory hashtag.

Years later, Leni Robredo, now vice president and perhaps the most qualified candidate for the presidency, embraced the label.

Perhaps the different LugawOne groups recognized the true problem beneath the jeers, sneers, and ridicule: It was not the label itself that was problematic, but the idea that rice porridge could be used as an insult. What kind of creatures could pretend to represent the interests of the poor in one breath, and yet turn up their noses at a feeding program? Answer: the same elitist monsters who endorse candidates with neither track record nor moral heft.

So, LugawOne was born. There were no blatant orders from Robredo herself, only her reminder to be tactful and civilized online, to listen to others, to love. Different groups across the country adapted the message to their communities and carried out their work independently; there was no orchestration, only a shared language and aim inspired by Robredo’s dedication and hard work.

This was in such stark contrast to the usual sight of a leader giving direct orders, like “Wear face masks!” or “Just move on!” or “Protect my running mate!”

There is one last thing about true grassroots movements. Because people successfully question their boxes, they can define their problems, create solutions, and take ownership of their lives. They don’t simply obey commands. They are empowered.

An empowered nation—that is something to be feared by any leader who craves only submission and subjugation.

We have a word for that kind of leader. We call them dictators.

We also call them weak.

Read Next
Bonifacio’s bones?
EDITORS' PICK
Over 3 Million worth of prizes to be won at Smart Padala’s SENDali Manalo Promo!
Gear up and get ready to play with Yamaha Mio Gear
DOH: 28,471 new COVID-19 cases in PH; active cases now 284,458
On Day 2 of implementation, gov’t says workers now exempt from ‘no vax, no ride’ policy
Metro Manila posts lowest temperature yet this ‘amihan’ season at 19°C
Acer starts the year off strong with the Aspire Vero National Geographic Edition
MOST READ
Lucky plants to grow in 2022
Derek Ramsay on being married to Ellen Adarna: ‘Gumaan ‘yung mundo ko’
Cristalle Belo on raising her kids in Australia: ‘We set limits’
Unvaccinated has rights but also has limits—DOJ
Don't miss out on the latest news and information.