We are more than our appetites | Inquirer Opinion
Close
menu
search

We are more than our appetites 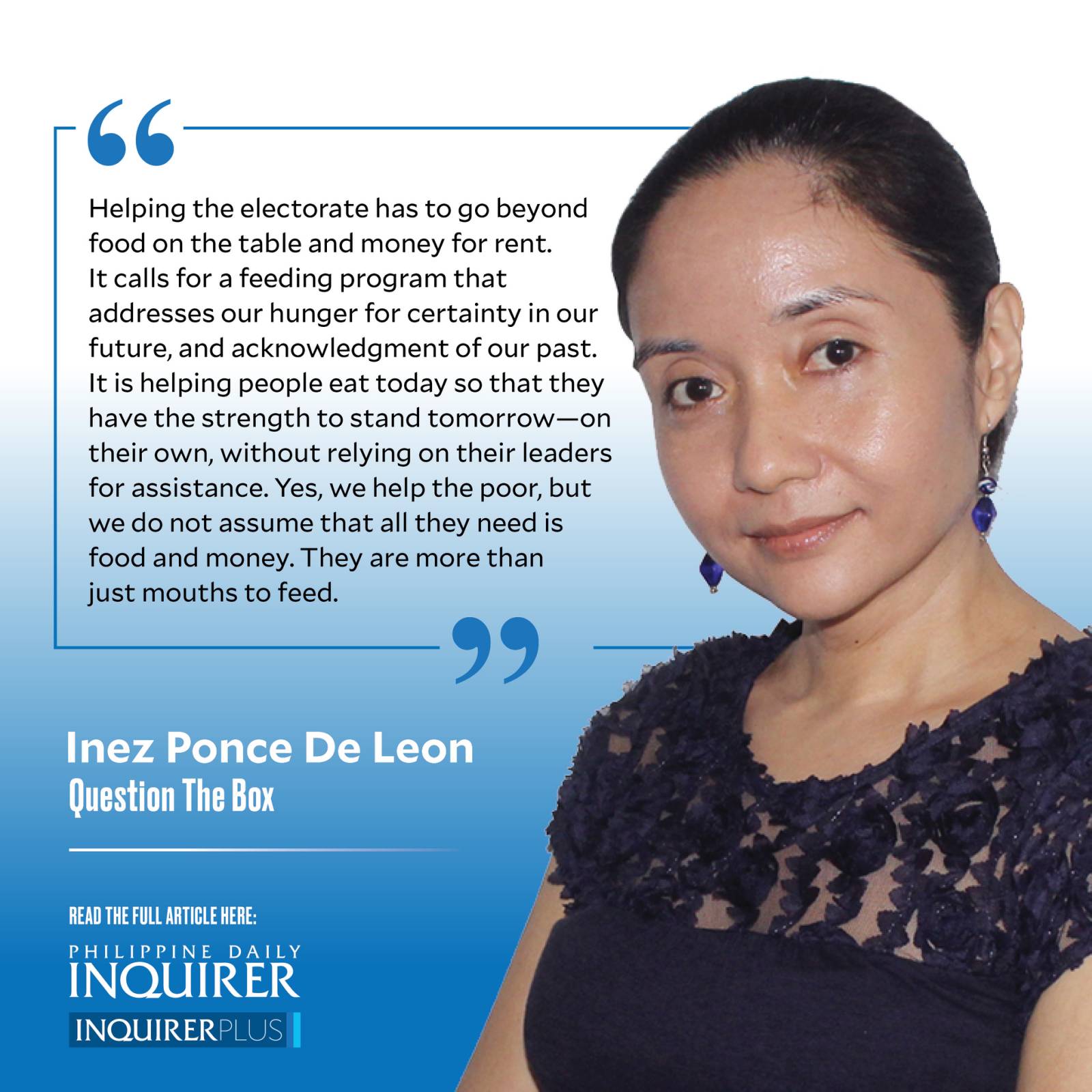 On the day that the social media feeds ran pink, Isko Moreno showed his true colors—or, at least, he reinforced them in his response to VP Robredo’s revelation that she could not pursue unity talks with him because they could not agree on their stance on the Marcoses.

His tirade was long, but it reflected much of the insults hurled online at anyone, of any age, who dares to speak up about history. It ran along the lines of: You can’t force people to stay in the past. Most people don’t even know what problems they’ll face tomorrow, and it’s Marcos all over again? I’m sad that you haven’t moved on, and it’s been 30 years. I have no fight with your party, but I have to say what the people feel.

There were other parts of the statement that hit a variety of nerves online, but I will choose to focus on the issue of “moving on,” because it is a phrase so often repeated in many quarters that it has lost its meaning. On the surface, Isko’s statement might be right: Indeed, what does historical memory serve to a person who has no money to spend for food, rent, or electricity, who does not know where their next meal will come from?

The statement, however, draws stark dichotomies: It is as though there were only two options available, and to choose one would make one an enemy of the other. Either history or hunger. Either national identity or everyday survival. Either think about martial law or think about what bills to pay.

To draw this dichotomy is to make history a problem of privilege. But allow me to ask: Is acknowledging the long-term effects of the Marcoses and martial law a privilege, when we are still paying for the mistakes of the regime years and years later? When journalists are still threatened with sanctions and censorship today? When people are afraid to speak up online because others are unafraid of threatening them offline?

Every single citizen of this country has the right to the truth, the right to live in a truthful society, the right to thrive in a society that accepts that history is filled with lessons to be learned from, whether we are hungry or not. Helping the poor does not mean erasing history for the sake of “moving on” or “good vibes only.” Acknowledging history does not mean we are “forcing people to live in the past.” This assumes that the past has no ramifications for the present. To erase history, to move on without learning the lessons, is to force people to live a lie.

Bringing up the poor when martial law is raised as an issue is neither compassion for the hungry nor concern for the marginalized. It is weaponizing the poor to suit one’s agenda.

Helping the electorate has to go beyond food on the table and money for rent. It calls for a feeding program that addresses our hunger for certainty in our future, and acknowledgment of our past. It is helping people eat today so that they have the strength to stand tomorrow—on their own, without relying on their leaders for assistance. Yes, we help the poor, but we do not assume that all they need is food and money. They are more than just mouths to feed.

It is asking for the stars, but in this time of darkness and uncertainty, can we not hope for great things?

I hope the next leader paves the way for our people to listen to each other, to think, to reason, to remember—to never forget.

Perhaps then, we shall go beyond surviving, beyond existing.

Perhaps then, we Filipinos shall really, truly live.