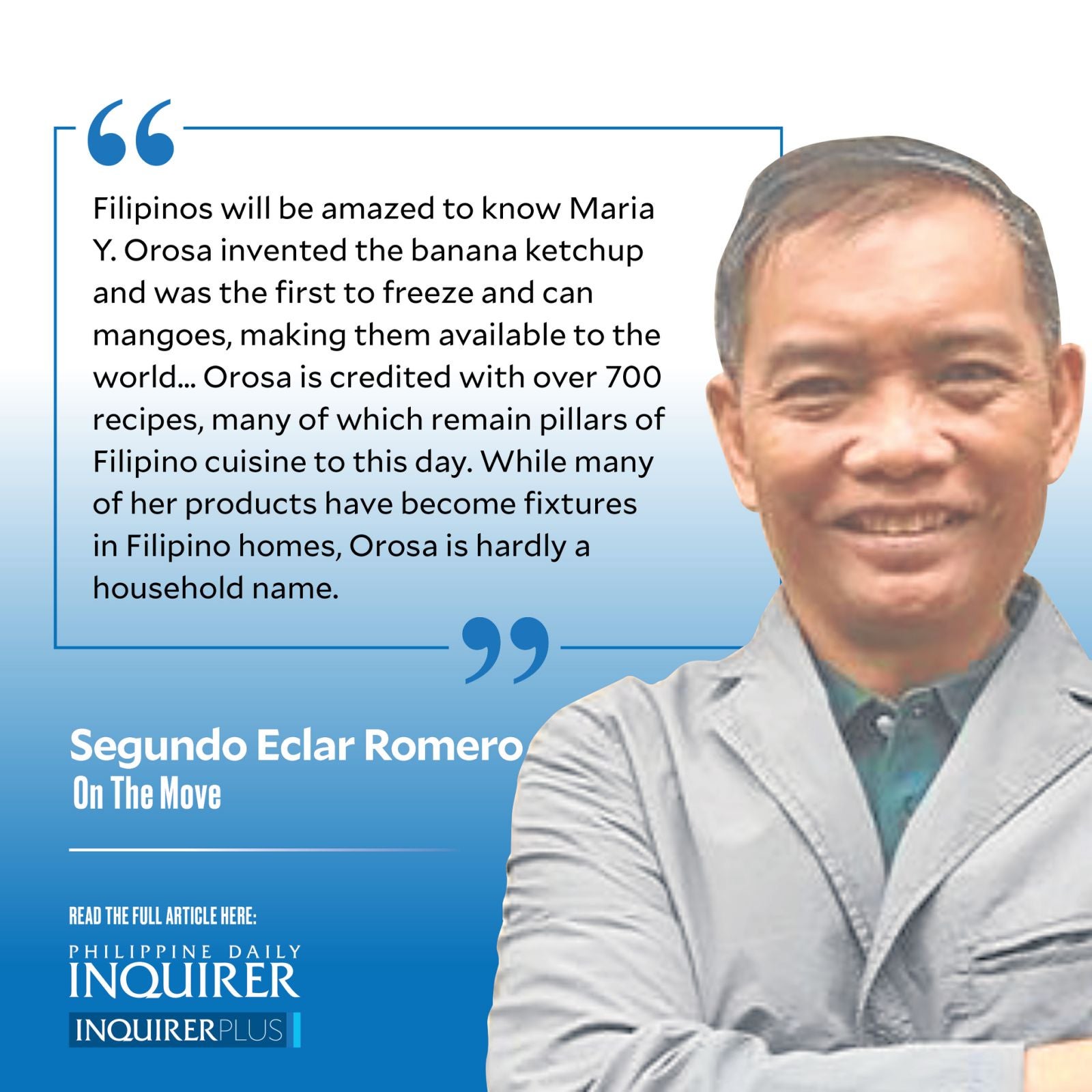 In the book “Science for the People: Helping the People Help Themselves” that I wrote for the Department of Science and Technology (2021), there’s a story of how the women of Lal-lo in Cagayan, plagued by dengue, engaged in citronella production in 2013. That enterprise involved planting citronella grass extensively in the various barangays of the municipality, harvesting the grass, and extracting citronella oil. The citronella oil was then processed and combined with other ingredients to produce various marketable cosmetic and health products.

What I found unusual was how the women of Lal-lo were able to ramp up their enterprise in such a short period. I realized that the dynamism that propelled the project was an institutional scaffolding called the Rural Improvement Club (RIC) of Lal-lo. The success of the citronella enterprise hinged on the strong organization of women that reduced the usual entrepreneurial birth pains.

But here, my story shifts to that inimitable woman Filipino scientist and patriot, Maria Ylagan Orosa (1893-1945). The RIC is just one of the innovations the indefatigable Orosa bestowed upon the Filipino nation. Amazing that the RIC I found in Lal-lo is but a node in the century-old nationwide brainchild of Orosa.

Alejandro Roces tells us Maria Ylagan Orosa “established and organized rural improvement clubs whose membership numbered 22,000 by 1924. She founded the Home Extension Service, which sent hundreds of her H.E. demonstrators to teach barrio housewives better homemaking, childcare, meal planning, food preparation and preservation, poultry raising, home and gardening techniques and handicraft to augment their income. Her famous Palayok Oven was conceived for housewives without electricity. All these came from a woman of tremendous diligence, industry, enterprise, imagination, resourcefulness, patriotism and zeal.”

Writer Jessica Gingrich says of Orosa: “The [1925 Manila Carnival] exhibition showcased the research of Maria Ylagan Orosa, a chemist at the Bureau of Science who pioneered the canning of native fruits and vegetables, along with prepared delicacies such as adobo, dinuguan, and escabeche. As a passionate nationalist, she saw the food system as a vector of colonial control and worked tirelessly to help reduce the reliance on foreign imports. She nourished a nation through chemistry and culinary ingenuity, developing food products and preservation methods that highlighted the island’s abundant resources and paved a path towards self-sustainability. Although many of Orosa’s recipes continue to be commercially produced, her legacy has been obscured by corporate branding—replacing her life with a logo.”

Filipinos will be amazed to know Orosa invented the banana ketchup and was the first to freeze and can mangoes, making them available to the world. Gingrich marvels: “In total, Orosa is credited with over 700 recipes, many of which remain pillars of Filipino cuisine to this day. While many of her products have become fixtures in Filipino homes, Orosa is hardly a household name. In part, this was intentional. As a humanitarian, she believed knowledge was something to share, not sell. ‘When you start an experiment, finish it and write the results for others to use,’ she often told her assistants. Her erasure was completed by corporations, who commodified her scientific contributions without acknowledging their origins.”

When World War II broke out, Orosa refused to evacuate with her family. She joined the Marking Guerillas as Captain, cleverly remaining in her laboratory so she could prepare rations for the resistance movement and smuggle food into the University of Sto. Tomas prison camp. During the Battle for Manila in February 1945, she was struck by shrapnel and brought to the Malate Remedios Hospital, which was hit by another bomb that killed her and 400 doctors and civilians.

Catherine Ceniza Choy, Professor of Ethnic Studies at UC Berkeley, told Gingrich, “There are all these amazing women scientists like Orosa who are hidden in plain sight because of the way we teach history and present them in the media. They’ve been acknowledged, but they aren’t given a three-dimensional full life that we can admire, relate to, and remember.”

True. If only we knew Orosa more intimately as part of our life as a nation, maybe the unraveling transgressions of our traitorous leaders would be a bit more bearable. And maybe we will feel a tinge of pride and gratitude when we travel through Maria Orosa Street in Malate.

Palace: Malls, establishments may require customers to use of face shields