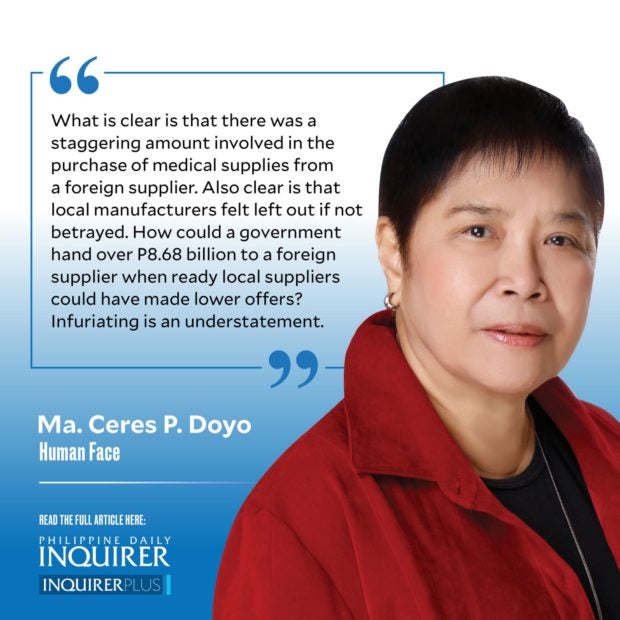 The word “nabuking” (which means one was discovered to have committed a misdeed or done something on the sly) comes from the Filipino root word “buking,” a latter-day derivation from “buko” (accent on the second syllable). Therefore, instead of saying bukong buko, we now say buking na buking, which means the evidence is undeniable.

Filipinos have a penchant for adding an -ing suffix to words, to emphasize the obvious or even for endearment—“bossing” for the big boss, “Boying” as a boy’s nickname. And, in the case of perverts especially in high places, “chancing” (tsansing) which means taking a chance and doing the unpleasant especially with the opposite sex.

Nabuking could mean one was caught red-handed with one’s hand in the cookie jar, caught in the act while committing a crime (in flagrante delicto), or with one’s pants down. Metaphors abound. It could also mean being found out after a period of time has lapsed. Thanks to the diligence of investigators, journalists, whistleblowers, and new evidence.

It is a law of the universe, folks. The truth will be laid bare.

So buking na buking applies to the government’s purchase of overpriced medical supplies from a brazenly favored company. Pharmally, the supplier under Senate investigation, was registered only in late 2019 with a capital of P625,000 or so, an amount not even enough to buy a small car. And yet Pharmally bagged a P8.68-billion contract with the government to provide medical supplies to the Department of Health. Pharmally chair Huang Tzu Yen has a standing warrant of arrest in Taiwan for an alleged crime. This makes the plot even thicker.

Connecting the dots and the names is now a common pastime among watchful citizens. Graphics experts create matrices and timelines to show who did what and where the buck stops. Thanks to undeleted digital photos downloaded from the internet, we can also see who rubbed elbows with whom, where, when, and in what occasions. What a movie — in the high-finance crimes genre — this can be.

Church leaders have come out with statements condemning the “pha ma lee” deal. In an Inquirer news report, Bishop Broderick Pabilo exploded thus: “They literally made a killing out of this corrupt transaction. While Filipinos are dying and more are getting sick, Duterte and his cohorts are laughing themselves all the way to possibly staying in power beyond 2022 with huge election money to be able to buy the votes of the poor and suffering Filipinos.”

From Archbishop Socrates B. Villegas:

“If you don’t know how to be angry at the corruption, of the money that should be given to the poor but goes to the pockets of powerful people, then something is wrong with your Christianity.”

Investigation is still ongoing. Who will end up “ma khu khu long”? What is clear is that there was a staggering amount involved in the purchase of medical supplies from a foreign supplier. This was via the Procurement Service of the Department of Budget and Management during the watch of its officer in charge, presidential appointee and frat brod Lloyd Chistopher Lao. Also clear is that local manufacturers felt left out if not betrayed. How could a government hand over P8.68 billion to a foreign supplier when ready local suppliers could have made lower offers? Infuriating is an understatement.

Instead of encouraging the Senate blue ribbon committee’s investigation, President Duterte goes on a bashing spree, even going personal with comments on the senators’ physical looks, body weight, hairstyle, and all. How presidential is that? But worse, he threatens to prevent his Cabinet officials from showing up and revealing what they know.

Read Next
10 months
EDITORS' PICK
Gear up and get ready to play with Yamaha Mio Gear
PH to import 60,000 tons of fish to cover shortage
Workers are exempted from ‘no vax, no ride’ policy – DOLE chief
#VotePH2022: COVID, power woes loom as poll concerns
Over 3 Million worth of prizes to be won at Smart Padala’s SENDali Manalo Promo!
Acer starts the year off strong with the Aspire Vero National Geographic Edition
MOST READ
Guevarra to Acosta: Obey rules on unvaccinated
Emma Stone calls Andrew Garfield a ‘jerk’ after he ‘lied’ about his ‘Spider-Man: No Way Home’ appearance
Cold-case investigation names surprise suspect in Anne Frank’s betrayal
Czech anti-vax singer dies after deliberate infection
Don't miss out on the latest news and information.