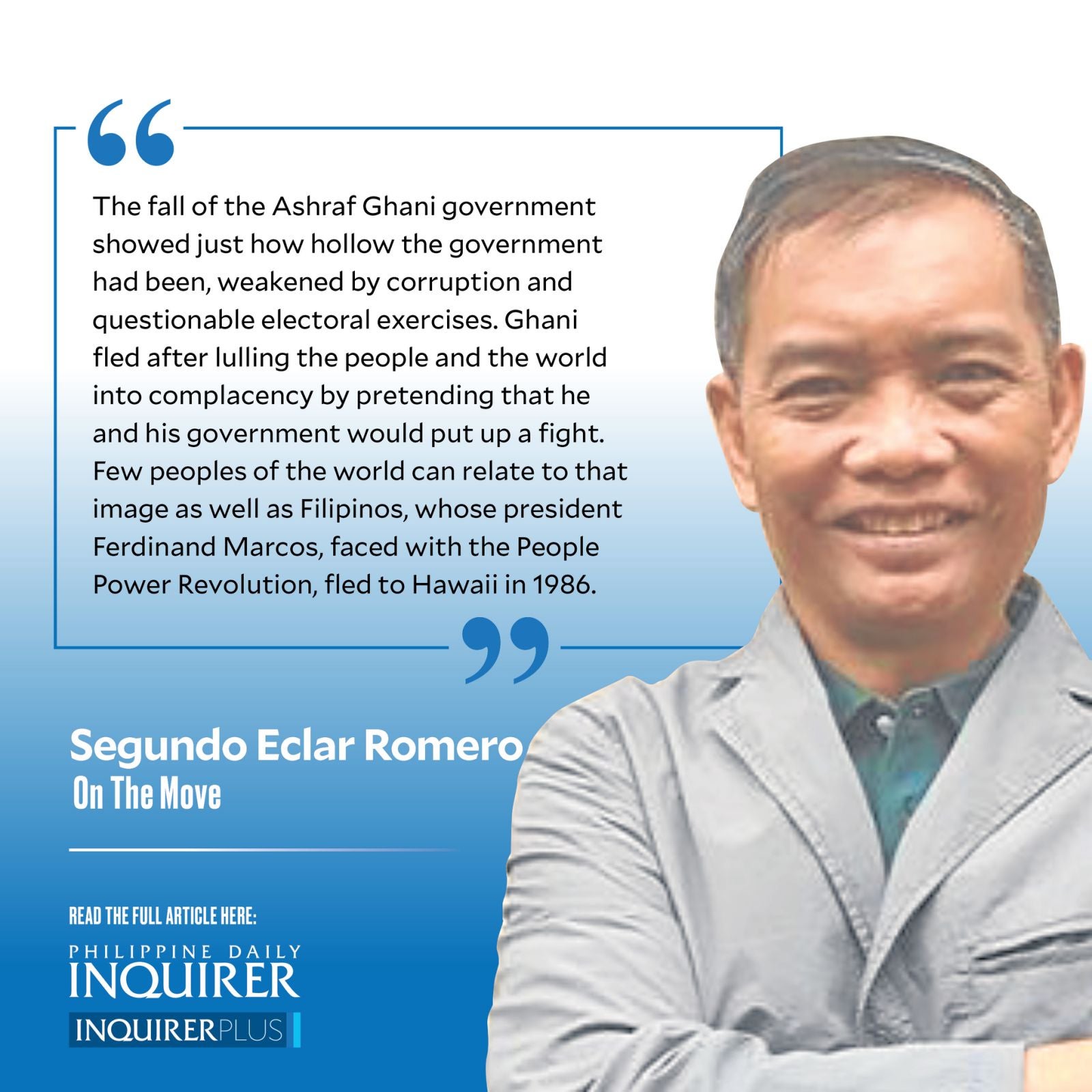 The world is flogging US President Joe Biden for breaking up with Afghanistan on a Post-it note.

That the United States was going to leave and pull out all its troops in mid-2021 was already agreed upon under then President Donald Trump’s peace deal with the Taliban in February 2020. But the world did not quite believe the withdrawal commitment. Indeed, the United States is known for its meandering wars. President Biden then restated the US mission in Afghanistan: to get 9/11 mastermind Osama bin Laden—which it did 10 years ago, in Pakistan—and not to build a democratic country.

The US engagement in Afghanistan had gone way beyond the avowed narrow focus of destroying its terrorist capacity to stage another 9/11 attack. America stayed in Afghanistan for 20 years, pouring $2 trillion in assistance and capacity-building, sending up to 110,000 troops, and suffering over 2,300 military casualties. In 2002, it created a civil affairs framework to coordinate redevelopment with the UN and NGOs and buttress the authority of the Afghan government.

If one looks at the way the US, France, Germany, Turkey, India, and other coalition countries tried to capacitate the Afghan National Army, it seemed like they were doing it for themselves, not for the Afghans. Afghan military officers in the Afghan military academy had to obtain four-year bachelor’s degrees in English, patterned after the United States Military Academy and, incidentally, our own Philippine Military Academy in Baguio.

The other coalition forces—French, Greek, German, Turkish, Indian—also provided training courses to Afghan cadets and military officers. The training emphasized language training and the use of artillery, armor, sophisticated weaponry, mobility and communications equipment that depended on maintenance and logistical support by the supplier countries. Maybe a large part of the training should have been guerilla and nonconventional warfare and grassroots intelligence operations in the hands of the mujahideen that defeated the Soviet Army. When the crunch came in August 2021, the Taliban captured the whole country in 10 days, with hardly a fight from the Afghan army which melted away.

The fall of the Ashraf Ghani government showed just how hollow the government had been, weakened by corruption and questionable electoral exercises. Ghani fled after lulling the people and the world into complacency by pretending that he and his government would put up a fight. Few peoples of the world can relate to that image as well as Filipinos, whose former president Ferdinand Marcos, faced with the People Power Revolution, fled to Hawaii in 1986. The Taliban taking down Ghani’s portrait in the Afghan presidential palace was reminiscent of the people entering Malacañang and smashing pictures of Marcos and Imelda.

The fall of Afghanistan is being compared to the panicked American evacuation from Saigon in 1975, as if that event augured a despicable setback for democracy, security, and development in Southeast Asia. Nothing is further from the truth. Many countries in Southeast Asia, indeed the whole world, admired the way the Vietnamese mastered their destiny, regardless of the disturbing images of Vietnamese clambering onto American helicopters at the rooftop of the American embassy in Saigon. That is now just a misguided perception. All the American intervention in Vietnam did was to provide the external challenge that the Vietnamese used to goad themselves into solidifying their unification for self-determination.

Joe Biden made an unpopular but strategic policy decision that must be evaluated by projecting its future outcomes. The “Pivot to Asia” and China is a challenge, but the domestic challenge is far greater. The United States is in peril of its own Taliban at home. What good will it do for America to keep democracy alive in Afghanistan if democracy sputters perilously at home?

The Big Lie continues in the minds of 25 percent of America who think Trump is the “true President” (Reuters/Ipsos poll, May 2021). Donald Trump, once defeated, is trickle-charging a zealous assortment of MAGA, QAnon, and diehard Trump supporters fermenting in a Republican Party petri dish, preparing it to capture the nation once again in 2024. It never looked as if it could happen to America, but it seems another fascist moment in the near future is still possible.