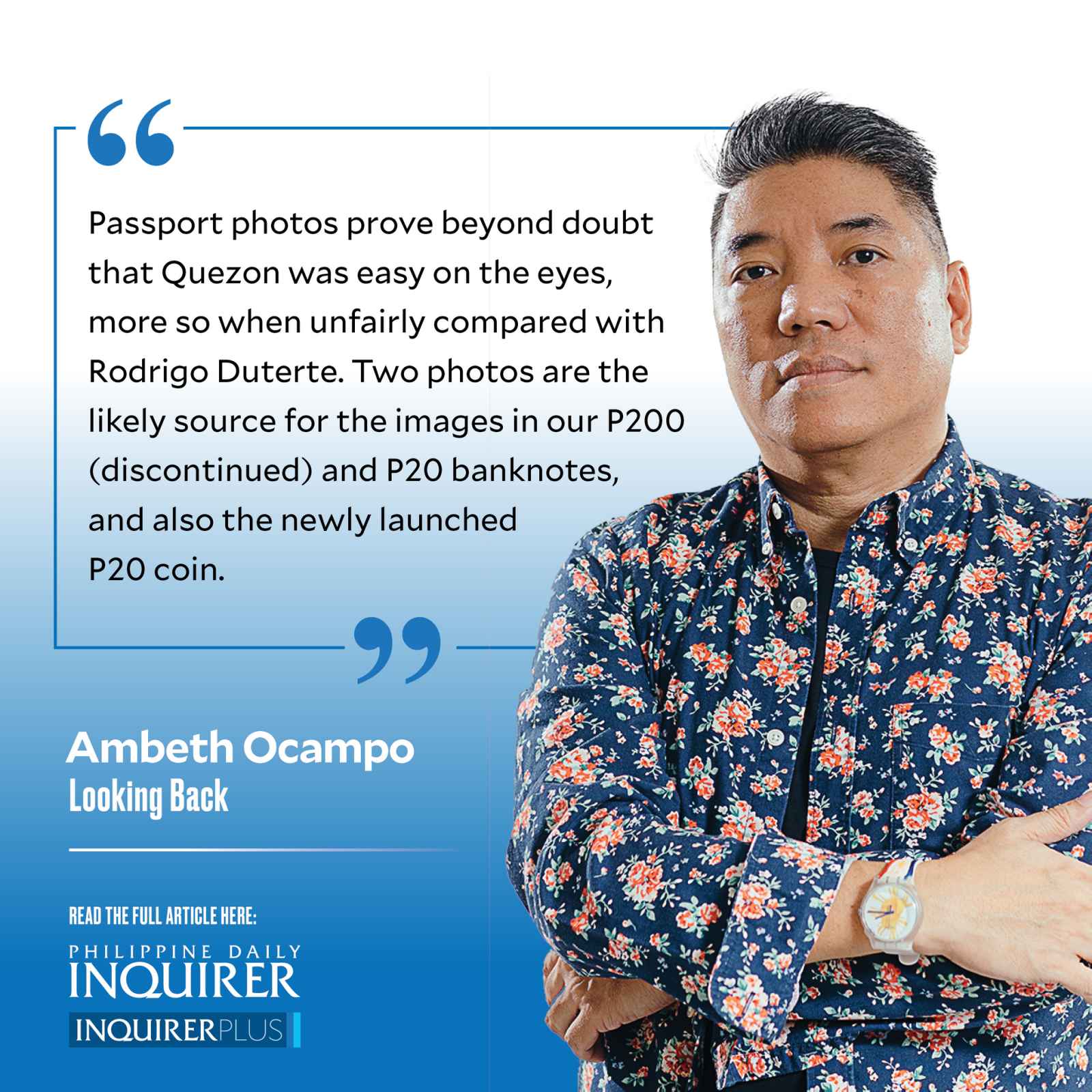 Visiting cemeteries outside of Nov. 1 Todos los Santos was never on my to-do list until I met E. Arsenio Manuel, author of four volumes of the monumental “Dictionary of Philippine Biography” from 1955 to 1995 (with three unpublished volumes still in manuscript form with his relatives).

As an anthropologist, Manuel sought primary source historical material outside libraries and archives, and advised me to explore cemeteries. One can read history off tombstones, he said, and basic data: dates of birth and death collected from them and validated in other records. Manuel would have been spared a lot of research and walking if he had the genealogical websites and apps available to us today. I investigated a creepy site with photographs of tombstones from around the world, searchable by name, date, and location. One site provides family trees; another old photos, and an app that can make an archival photo move and smile. Unfortunately, you are blocked with a paywall after the free trial.

Fortunately, readers like Michelle Domingo from the US send me snippets of information from their own research. Of the many items Domingo has sent, the most relevant for August are scans of Manuel L. Quezon’s passport applications for the years 1908, 1915, 1916, 1917, 1918 (two applications), 1921, and 1922. Surely, there are more from the US National Archives, and I regret not trawling this resource when I was in the US Library of Congress in 2019.

Unlike online passport or visa applications today, the Quezon applications were printed forms filled up in ink. Quezon’s age varied depending on the year of application, but the physical description also varied depending on who filled up the form: height “5 feet 7 inches” in one application, “5 feet 7 ½ inches” in another. His forehead was described as “High/Broad;” eyes were “Brown/Dark Brown.” The iconic nose was “Straight,” but in one application was indicated as “Roman,” whatever that means. The mouth was “Medium,” the chin was either “Pointed,” “Square,” or “Round.” Quezon’s hair was “Black,” the face was “Oval,” and his complexion was either “Fair,” “Light,” or “Yellow.”

Passport photos prove beyond doubt that Quezon was easy on the eyes, more so when unfairly compared with President Duterte. Two photos are the likely source for the images in our P200 (discontinued) and P20 banknotes, and also the newly launched P20 coin. It is uncanny, but two photos bear a striking resemblance to Manila Mayor Isko Moreno. One passport photo, unacceptable today, has Quezon posed like a movie star. The 1922 application has three photos attached, one of them showing the Quezon family (Manuel holding up a toddler and his wife Aurora Aragon carrying an infant) and two elderly ladies who may have been Aurora’s companions or yaya for the children.

In 1908, the first page of Quezon’s application only carried his name; the rest of the form was left blank except for the handwritten “Special” on it. In this file are Quezon’s calling card as a “Member Philippine Legislature, Manila,” and two texts, a draft in pencil and a final version in ink justifying the Special Passport. The text says: “Manuel L. Quezon, a citizen of the Philippine Islands and as such entitled to the protection of the United States, a Member of the Philippine Legislature and delegated by the Philippine Government to make investigations concerning Congressional systems, [Agricultural] Banks and Cooperative societies, is about to travel abroad.”

The applications were for “a resident of an insular possession [a polite word for colony] of the United States.” Quezon’s place of birth was indicated as Baler, Tayabas, his date of birth Aug. 19, 1878. He lived in Luzon, with permanent domicile in Baler, Tayabas. His occupation varied either as “Resident Commissioner” or “President, Philippine Senate.” Each application indicated the countries to be visited as either “official business” or stopovers en route to and from Manila: Hong Kong, Canada, and Japan, usually via a Japanese vessel.

Of course, other than trivial passport details and photographs, we need to know more about Quezon and his life and times. These primary sources provide a welcome human dimension to the many historical figures who should be revitalized after being fossilized in monuments and textbooks.

Read Next
Biden’s strategic purpose
EDITORS' PICK
WHO says no evidence healthy children, adolescents need COVID-19 boosters
Marcos-era elections: Not what his son signed up for
Over 3 Million worth of prizes to be won at Smart Padala’s SENDali Manalo Promo!
Vietnam’s ‘crazy guy’ aims to save ocean from waste
Acer starts the year off strong with the Aspire Vero National Geographic Edition
Gear up and get ready to play with Yamaha Mio Gear
MOST READ
‘Sampal sa gobyerno:’ Drilon wants unvaxxed PAO chief barred from working
Vice mayor slams Vico Sotto for turning Pasig into a ‘puro palabas’ city
Guevarra to Acosta: Obey rules on unvaccinated
Guanzon denies Comelec delaying resolution of cases vs Marcos Jr. to favor any party
Don't miss out on the latest news and information.