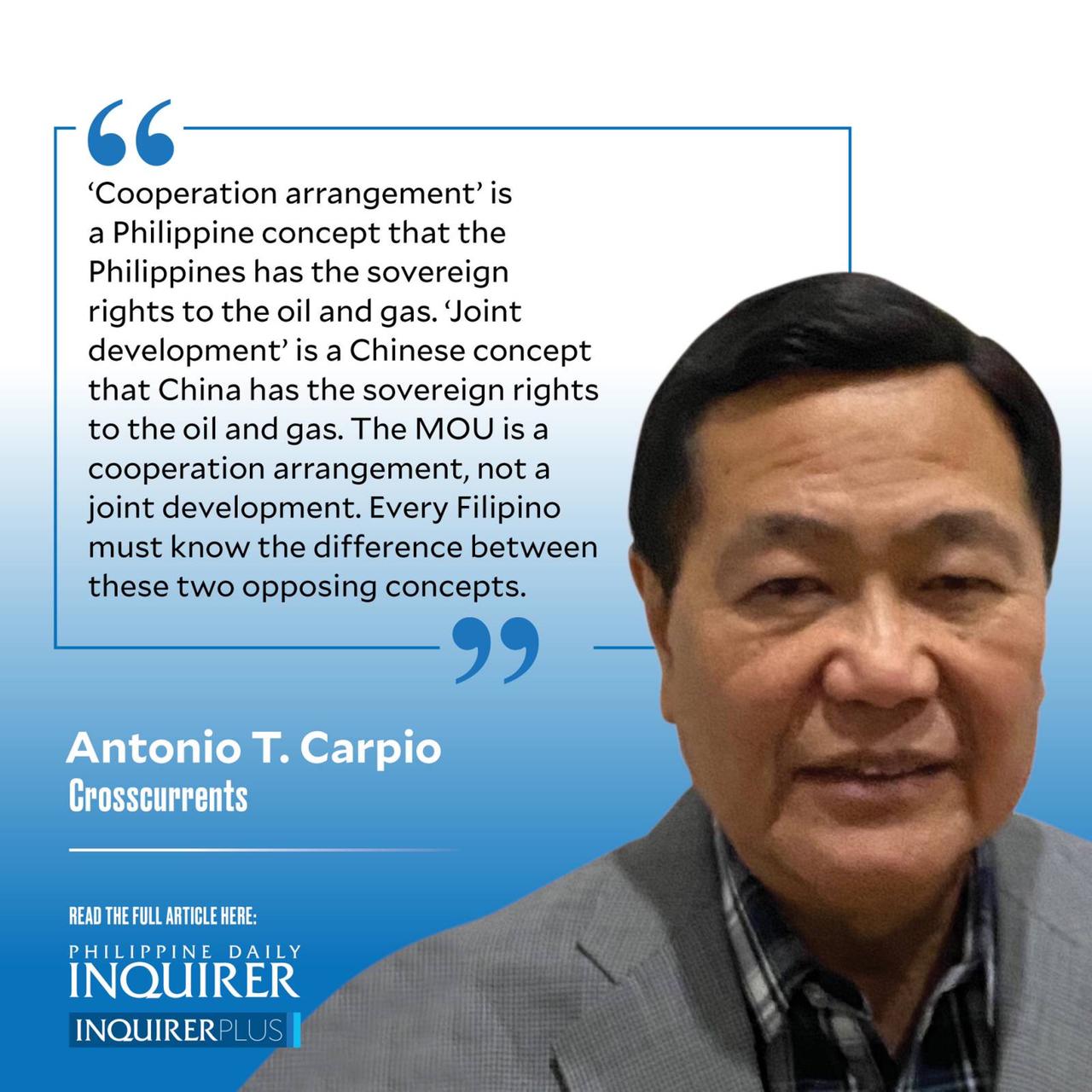 Under Secretary Locsin’s draft, “the two governments have decided to negotiate on an accelerated basis arrangements to facilitate oil and gas exploration and exploitation in relevant maritime areas consistent with applicable rules of international law (hereinafter referred to as ‘the cooperation arrangements’).”

However, the MOU can only be implemented if CNOOC signs a cooperation arrangement with a Philippine service contractor. CNOOC has refused to sign unless the two mentioned critical provisions in our service contracts are deleted. Of course, Secretary Locsin will never budge on these two critical provisions. To give up these two provisions, or even one of them, is to give up our sovereign rights in the West Philippine Sea.