The importance of Itu Aba 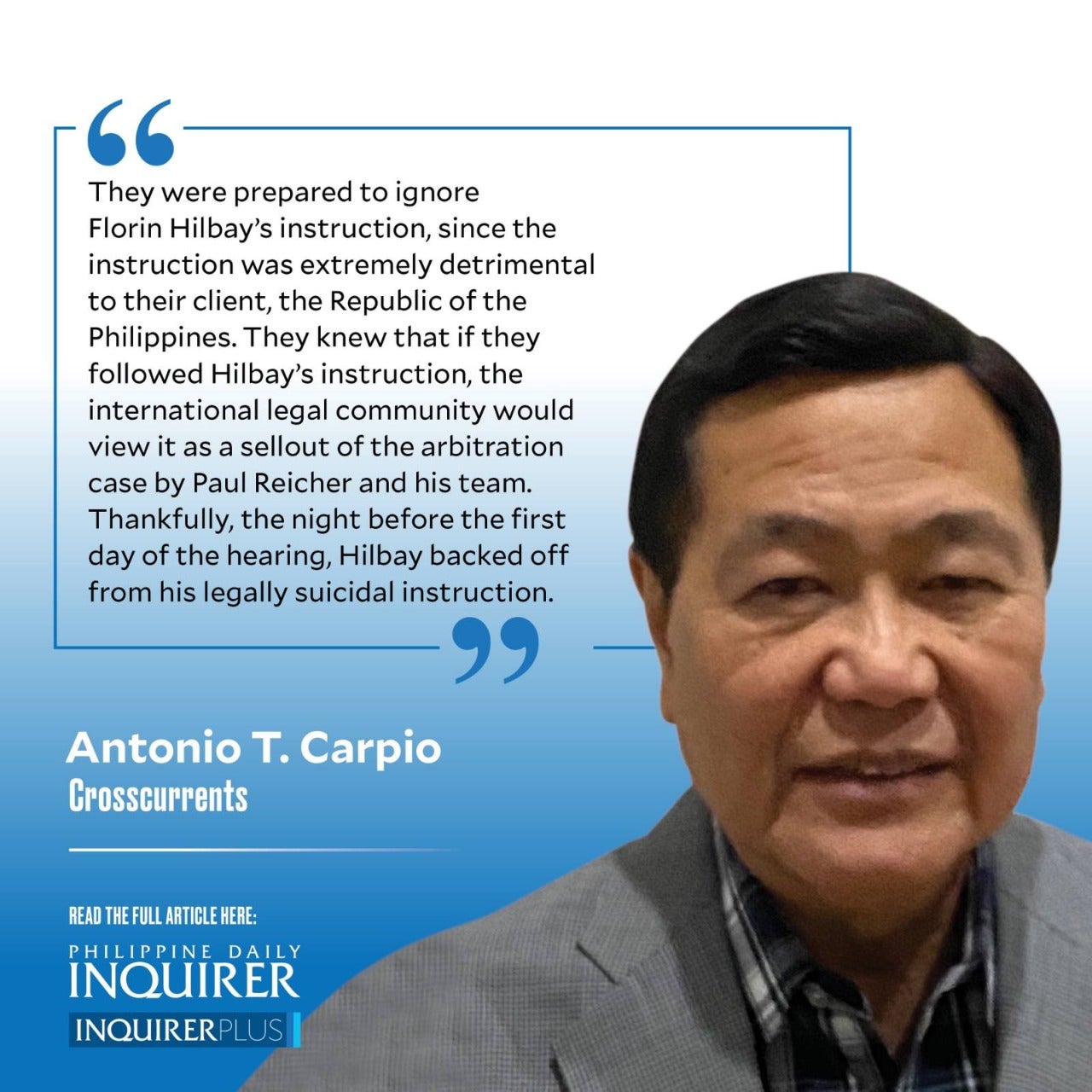 On Dec. 18, 2014, I met with then Solicitor General Florin Hilbay upon his request. Hilbay informed me that he would instruct Paul Reichler, the Philippines’ lead counsel in the arbitration case against China, to “formally inform the arbitral tribunal not to rule on Itu Aba.” My reply was simple and direct: “If you do that, I will fight you in public. I will go around the country and denounce you.” Apparently, Hilbay heeded my warning, for he did not issue the instruction to Reichler.

Informing the tribunal not to rule on Itu Aba would have been disastrous. Under the arbitration rules of the UN Convention on the Law of the Sea (Unclos), if a party fails to appear, “the arbitral tribunal must satisfy itself not only that it has jurisdiction over the dispute but also that the claim is well founded in fact and law.” This means that the tribunal must ask the questions that the non-appearing party would have asked had it appeared. The most important question that China would have raised had it appeared is the status of Itu Aba—whether or not it is entitled to a 200-nautical-mile exclusive economic zone (EEZ).

If Itu Aba is entitled to an EEZ, its EEZ would overlap with the 200-nautical-mile EEZ of the Philippines off the coast of Palawan, because the distance between Itu Aba and Palawan is just over 200 nautical miles. In such event, the arbitral tribunal would have no jurisdiction over the arbitration case because in 2006 China voluntarily opted out of compulsory arbitration in case of overlapping EEZs, an opt-out expressly allowed under Unclos. Thus, the status of Itu Aba was critical to the success or failure of the cause of the Philippines.

The arbitral tribunal later affirmed the importance of Itu Aba when it declared in its Oct. 29, 2015 Award on Jurisdiction and Admissibility: “xxx the Tribunal considers it necessary to consider the maritime zones generated by any feature in the South China Sea claimed by China, whether or not such feature is presently occupied by China.” It was thus “necessary” for the tribunal to determine the maritime zones generated by Itu Aba, the largest island in the Spratlys, to decide the merits of the arbitration case. Informing the tribunal not to rule on Itu Aba would have forced the tribunal to dismiss outright the Philippines’ arbitration case.

However, Hilbay later accused Reichler and his team of proposing on the sly “joint development” with China. In reply, Reichler wrote: “He (Hilbay) gave us a completely counterproductive instruction to refuse to answer the Tribunal’s questions on Itu Aba (which the Tribunal had sent us in writing in advance of the hearings). We explained to him that it would be a grave error, and cost us not only that issue but our credibility in general, to refuse to answer questions put by the Tribunal. He stubbornly held to his position, against the strong advice of all lawyers: Foley Hoag, Oxman, Sands and Boyle. Fortunately, SFA Del Rosario and Justice Carpio took him aside and somehow got him to rescind his instruction. Had we followed that instruction, we would have certainly lost on Itu Aba, and possibly other issues as well. Further, his statement that the lawyers wanted to discuss joint development in our response to the Tribunal’s questions about Itu Aba is a complete fabrication.”