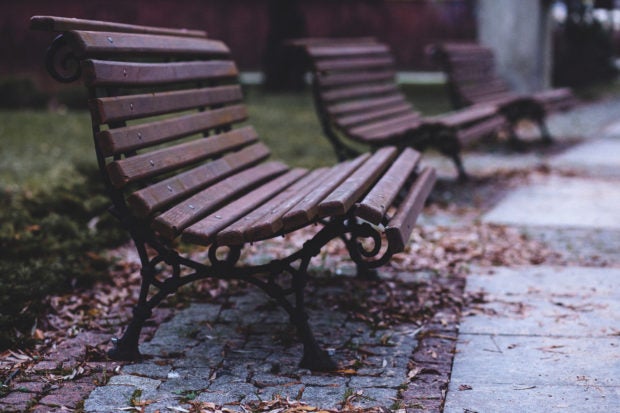 I don’t know why I wasn’t surprised. I think I somehow saw it coming a couple of months back; I chose not to believe it, I guess. I didn’t believe it because I was the first one to give up, and when I did, he asked me to hold on. He promised me that “ours” was going to be worth the hard effort, and worth the wait.

Well, he surely had me fooled.

That’s a lie. I didn’t learn, because I jumped into another long distance relationship three years after; farther this time, different continents. With him.

Our love story, as we made ourselves to believe, was a fairy tale. We first met in kindergarten. We were in the same classes for most of grade school, only to be separated when he and his mom moved abroad. We reconnected, via Facebook no less, only when we were both in our early 30s.

We exhausted every means of communication just to bridge the gap and the time zones between us. We held on to the promise that one day soon, we’d be on the same continent, building a life together.

Last year was particularly tough. At first I thought I was the only one going through something. I have been grieving the passing of two loved ones, and little did I know, he was dealing with me dealing with my grief. I’d admit to being difficult — mood swings banging left and right and back, lack of eagerness, some negativity. I was open about it with him and even asked for some time to just deal with things on my own. He promised to wait. He promised to hold on.

In November, he decided to throw me a curveball. In all honesty, I cannot and will not blame him. I can only imagine how difficult it was to probably deal with me from a thousand miles away.

That does not mean I am not upset, though. I am upset.

I’m upset about the perfect time he chose to break up with me, right when I was still grieving the loss of two loved ones. I’m upset because he promised so many things — we are worth the wait, a happy family and life — and he just chose to break all of it. I’m upset because when he broke up with me, he spoke with such conviction and finality, leaving me with nothing more to say.

My initial reaction was that I was duped. He beat me to it. After a while though, I’ve come to realize that the relationship and keeping it strong was also difficult for him.

When he broke up with me, I was not able to say anything. I didn’t ask why or what led him to his choice. I didn’t ask for him to reconsider, to stay, I didn’t say “hold on, it’s going to be worth the wait,” just like he told me before. He didn’t hear those words from me. I didn’t put up a fight with or for him, not anymore. I let him go, just like that, and just as he wanted.

Sometimes, that’s all that’s needed to move forward – a confrontation with a truth, then a stepping away. Good old distancing, shall we say. A stepping away to salvage what remains of one’s self, and to see the big picture. Ultimately, a stepping away for good.

And that’s the end of it. With this, it is released. It is finished.

Doreen M. Gutierrez, an executive assistant and editor, is into films, music and long walks. She hails from Quezon City, and enjoys writing and reading. She has recently seen the end of a relationship and is looking forward to a fresh start with a new love.

Grandmother and the date she can’t miss