Grandmother and the date she can't miss | Inquirer Opinion

Grandmother and the date she can’t miss 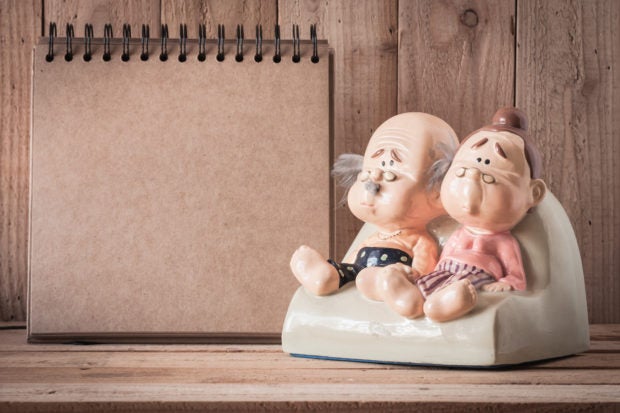 We knew my grandmother Lily was going to die on the third of January 2019. Her late husband, grandfather Abe, and their son Albert, also left this world on the same date many years ago.

A family that shared a death anniversary. What a tragic coincidence, I thought.

The widowed Lily lived with her unica hija, my mom, and that gave me the gift of a grandma’s love. That warm-and-fuzzy, peppered-with-baby-powder type of love.

My grandma was a petite woman who was always jumpy. As if she chugged ten shots of espresso all at once, the whistling teapot could make her flinch, even the tender brush of kitten fur could startle her.

Her adorably fidgety ways gave us moments of belly-aching laughter. As a child, I hid in every secret nook of the house to startle her. “Diablo!”, Lily often yelled. It was her curse reflex and the first Spanish word I ever learned. The devil.

I was Lily’s little devil.

One afternoon, Lily sat me down and reminisced her days as a young bride. She told me how dashing Lolo Abe was; the quintessential tall, dark and handsome type of the ‘50s. He looked gallant with his hair neatly coiffed with pomade. The fabric of his clothes was always creaseless because of almirol.

But there was one thing about Abe that Lily didn’t like. He was always in a rush to get home that he never bothered to knock or call. One day, Abe barged into the living room and poor Lily accidentally dropped a porcelain, petrified by the sudden presence of a man in her house.

Abe soon realized that he married an unusually clumsy bride, and like a true gentleman, he orchestrated a daily routine to enter the home unruffled.

Step one: Abe would linger around the front porch while whistling softly to Lily’s orchids.

Step two: he would shake his keys by the windows all the way to the dirty kitchen outside.

As soon as Lily heard the rattling of keys, she would open the door for Abe, and step three, the smell of a sumptuous dinner awaited.

No plates were broken since. Their routine lasted for decades until Abe passed away. The noise of his keys and his gentle whistles made Lily feel safe, knowing it was her husband waiting outside the door. The beauty of chivalry and old-fashioned courtship; her stories swept me off my feet.

And so I listened to Lily’s tales with eyes wide open — about the embroidered ternos she wore back in the day, the night she fled to the mountains when the Japanese invaded their home, and how stubbornly she defied the norms and earned a college degree at a time when women could only desire to “marry well.”

She told me about her parents’ shoe factory in the small town of Liliw and the fabulous pairs of shoes she paraded in the plaza, about ghosts and the reincarnation of souls, about family heirlooms, centuries-old teacups and antique rosaries.

Until one day, she stopped telling me stories because she didn’t know me anymore.

I played her favorite kundiman close to her ears and waited hopelessly for that one lucid moment; to be remembered once again, to be called by my name for the last time, but it never happened.

The heavens mourned with me on a rainy New Year’s Eve, not even the fireworks stood a chance of adorning the skies. I clasped Lily’s hand through her terrifying bouts of seizures, and as the countdown to 2019 began, the sight of her trembling body ripped my soul apart.

And that is the reality of Alzheimer’s disease — drained of cinematic flair. Death was swift and it snatched the thousand little moments that we weaved together. We were given the illusion of time and the deception of physical presence. But the truth is, the person we loved so dearly had been taken away long before she was gone.

Yet through this illness that crippled the brain, with memories as the core of her humanity perishing each day, Lily remained to be who she was to many of us — a light of love.

She was love in all its forms; and love transcends the mortality of body and mind. Our brain is too fragile to hold an enormous thing such as love, and so love must reside elsewhere. In a cloud of consciousness that lives on and on, in a cloud of never-ending stories that warm our souls in the toughest of times.

I will keep in this cloud the things forgetful Lily failed to remember — like my first recital piece “Old McDonald Had a Farm” that sounded like a Mozart concerto to her ears; or the first poem I ever wrote with my kindergarten syntax, which to her was so profound; and given the crafty ways I argued my way out of afternoon naps, she said I’m going to be a lawyer someday.

That little child remembers the many times Lily believed in her. With every nugget of wisdom that Lily tucked safely in her cloud, that child is fiercely armed for life.

Indeed, Lily passed away on the third of January, on the same date that her husband and son died. But despite the river of tears, the prophesied day gave me a nudge of solace, like a wink from the heavens. I was assured that Lily’s “sundo” arrived at the perfect time. That in spite of my loss, her longing finally ended. That somewhere, in a faraway place that is much kinder and forgiving, her smiles no longer mask an unspeakable pain from her past.

Jan. 3 shattered my grandma twice in her lifetime, but when it was finally her time, she welcomed the date with a beaming smile. And that is the version of truth I hold on to – that on the day Lily let go of my hand, she must have heard Abe’s whistles from the other side. Gently and slowly, she opened the door for her greatest love once again.

Christmas Astronomo is a lawyer who won her first essay writing contest at age 10. She wrote about the power of language as a tool of influence. Her grandma Lily taught her how to read and write. This is her second essay for INQUIRER.net’s “Love. Life.”

Questions for a dead lover