Rohingya repatriation has reached a stalemate 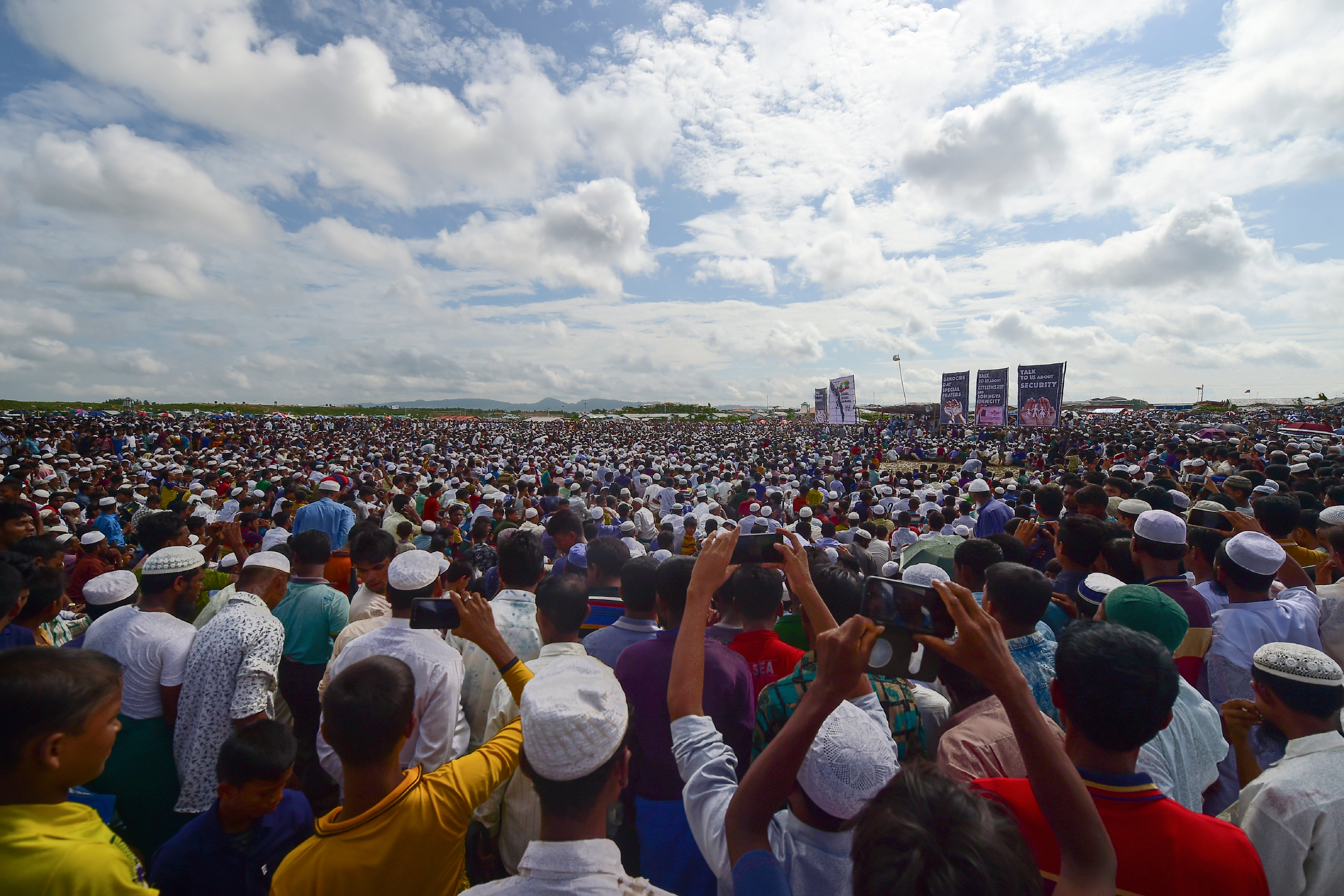 Rohingya refugees attend a ceremony organised to remember the second anniversary of a military crackdown that prompted a massive exodus of people from Myanmar to Bangladesh, at the Kutupalong refugee camp in Ukhia on August 25, 2019. – Some 200,000 Rohingya rallied in a Bangladesh refugee camp on August 25 to mark two years since they fled a violent crackdown by Myanmar forces, just days after a second failed attempt to repatriate the refugees. (Photo by MUNIR UZ ZAMAN / AFP)

DHAKA — It is evident that the repatriation process of Rohingya refugees has reached a stalemate not for any fault of Bangladesh, but because of Myanmar’s failure to convince them that it is safe to return. Although Myanmar has tried to blame Bangladesh for the failure, the truth is that Bangladesh has been sincere and patient in trying to facilitate the repatriation process. It has submitted a verified list to the Myanmar authorities, but this has not resulted in anything positive, mainly because Myanmar has not been able to provide assurance to the Rohingya refugees that the conditions in Myanmar have changed in any way. Hence, when the UNHCR interviewed over a thousand refugees, they all expressed their unwillingness to go back without the guarantee of their security, status or the return of their homes and property. In such circumstances only the international community can step up efforts to pressurize Myanmar to create a conducive environment for the refugees to return without fear or uncertainty.

This would mean, first of all, exerting pressure on Myanmar to allow UN and aid workers as well as representatives of the Rohingya refugees to go to Rakhine and assess the situation. So far, such access has been denied. Since China seems to have significant influence on Myanmar, it should make efforts to make sure such conditions for safe, voluntary repatriation are created. We hope the trilateral meeting China is reported to be arranging with Bangladesh, Myanmar and itself will happen soon and help make some headway in this crisis.

The international community has generously helped Bangladesh to host around a million Rohingya refugees, although Bangladesh has received only a little over one third of the funds required for this year so far. Despite all the efforts of the host country and the international community to provide humanitarian assistance to the refugees in the camps, the situation is becoming increasingly untenable. Gang violence, drug and human trafficking involving criminal elements among the Rohingya are causing insecurity among both locals and refugees, adding to the hardship of living in a refugee camp.

The situation therefore demands immediate and effective measures by the international community, to bring about an end to this crisis. The world cannot turn its back on the Rohingya.