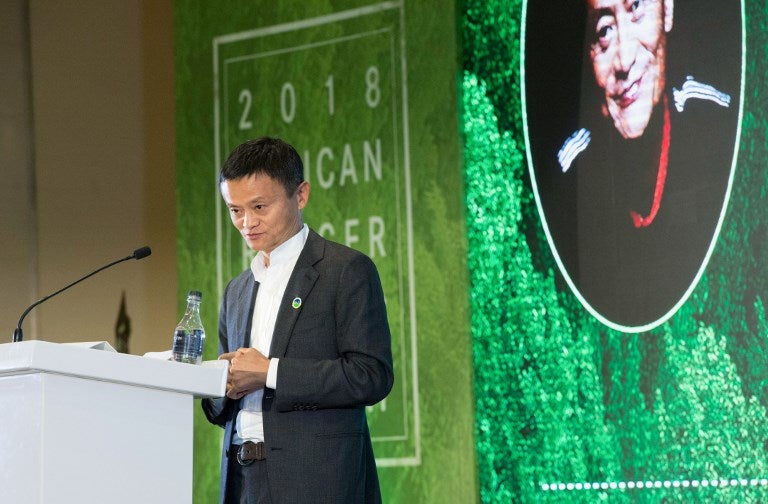 BANGKOK — Alibaba group has demonstrated how e-commerce and similar innovative technologies can be leveraged to boost efficiency in rural development in China and other developing countries. Its model may provide a lesson to meet some of Thailand’s key objectives in uplifting the lives of the rural population.

According to the National Bureau of Statistics of China, there were 576 million people living in rural areas of the world’s most populous country as of last December – out of a total population of around 1.4 billion. In Thailand, the rural population is estimated to be about 34 million as of last year, out of the total population of nearly 70 million, while the pace of urbanization has accelerated as more young people leave the countryside for the cities.

While the scale of Chinese rural population is about twenty times larger than that of Thailand, some characteristics of the rural poor are similar. First, the rural population is mostly farmers of rice and other crops. Second, they are disadvantaged as far as market access is concerned due to their remote locations and lack of bargaining power.

A major step forward is the multibillion-baht state investment in a national village broadband program due for completion later this year to bring Internet access each of the country’s 70,000 villages. This infrastructure will pave the way for villages to capitalize on e-commerce and related technologies, allowing rural farmers to buy supplies, consumer products and durable goods and to sell online their produce and other items produced by their communities.

Geographic and infrastructure limitations generally restrict the rural population’s access to various products and services, which usually become more expensive due to the additional transportation and other costs. In China, Alibaba Group launched the so-called Rural Taobao initiative in 2014, with a focus on removing bottlenecks in logistics and information flow while addressing the shortage of e-commerce and related talents in rural areas. To implement this initiative, a network of service centers is being set up at both the county and village levels, in close cooperation with local government units.

The private sector meanwhile provides computers and other hardware, e-commerce training and technical support to these centers, each of which is headed by a manager recruited from the rural community who is not employed by Alibaba, but works closely with the e-commerce giant.

Besides acting as the villages’ online shopping agents, the Rural Taobao centers offer an ecosystem for residents to sell their products to urban consumers. One example is the service centre at Jiande in the Chinese city of Hangzhou. Its manager, Ye Lei, works with local farmers to promote the sale of fresh lotus-seed heads, a speciality of Xinye ancient village, on the Alibaba e-commerce platform called Taobao Marketplace.

This local business model is sound because online demand for the lotus-seed heads is strong during the growing season, while the service centre has the e-commerce advantage of gathering the plants based on actual orders so as to ensure efficiency and the freshness of the produce.