Malala returns to home after 5 years 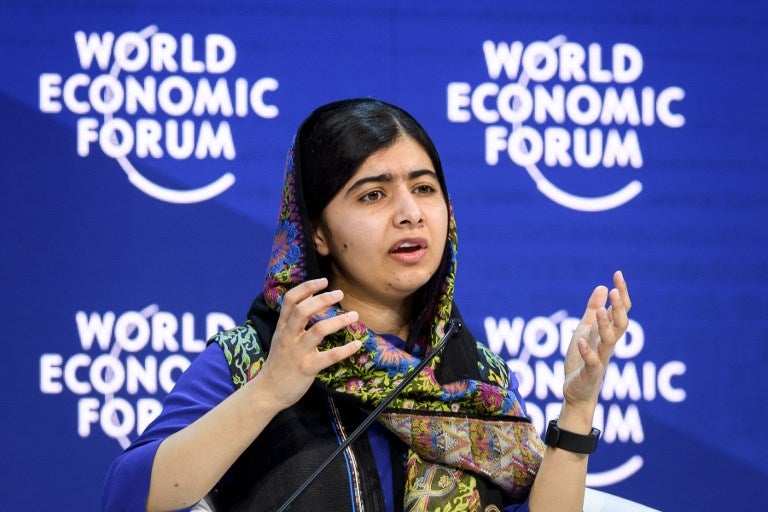 KARACHI, Pakistan —  Ordinarily, a 20-year-old returning home should not be cause for comment. But this is Malala, and there is nothing ordinary about her.

The world’s youngest Nobel laureate arrived in Islamabad yesterday on a brief visit to Pakistan, the first time she has set foot in her country for five years. It was a deeply emotional moment for her — a dream come true, as she tearfully said during her speech at the reception given for her at Prime Minister House.

This is also an emotional occasion for many of her fellow Pakistanis. They have cheered Malala’s every accomplishment along her remarkable journey to becoming a global icon for girls’ education, and despaired of her ever being able to return to the country because of threats to her life from extremists.

Malala can justifiably be described as currently the most famous Pakistani in the world, and for all the right reasons. But her story illustrates much of what bedevils this country, and the conflicted narrative that feeds its sense of perpetual victimhood.

Barely a teenager when the Pakistani Taliban banned girls’ education in Swat, Malala began writing a diary for the BBC from her home in Mingora, the valley’s largest city. On Oct 9, 2012, a Taliban militant shot her, a 15-year-old child, in the head for her activism; she had to be airlifted to the UK for emergency treatment.

Until now, security threats had prevented her from even visiting Pakistan.

Meanwhile, she has been feted by world leaders, won the most prestigious accolades and tirelessly continued her advocacy, not only through words but actions as well, for the right of girls to be educated.

However, against all logic, and regardless of her youth and the obvious travails she has endured in her road to recovery, some sections of society have consistently directed vicious invective against her, questioning her ‘motives’ and that of the world in lauding her.

Blinded by a simplistic, binary worldview — even as they crave a more positive international image — they see conspiracies where they should see courage, cast aspersions where they should celebrate a Pakistani who represents the best among us.

Then again, Pakistan has not done well by its heroes. Pakistan’s first Nobel laureate, the renowned physicist Dr Abdus Salam — an Ahmadi — was also a lightning rod for some of this society’s worst impulses.

The honour he brought his country went unacknowledged in his lifetime, and largely even after his death, his achievements subsumed by prejudice against his faith. His desire to establish a top-notch scientific institute in Pakistan remained unfulfilled.

Only societies devoid of vision treat their best and brightest with such indifference. For that to change, the leadership of this country must emphatically articulate its pride in its Nobel laureate and to support her mission, ensure that every girl in Pakistan gets an education. Meanwhile, welcome home Malala.

Duterte to LGUs: Let OFWs in, only nat’l gov’t can impose travel restrictions

Duterte to Duque: Don’t be too touchy on criticisms

Duterte to Duque: Don’t be too touchy on criticisms

Duterte to LGUs: Let OFWs in, only nat’l gov’t can impose travel restrictions