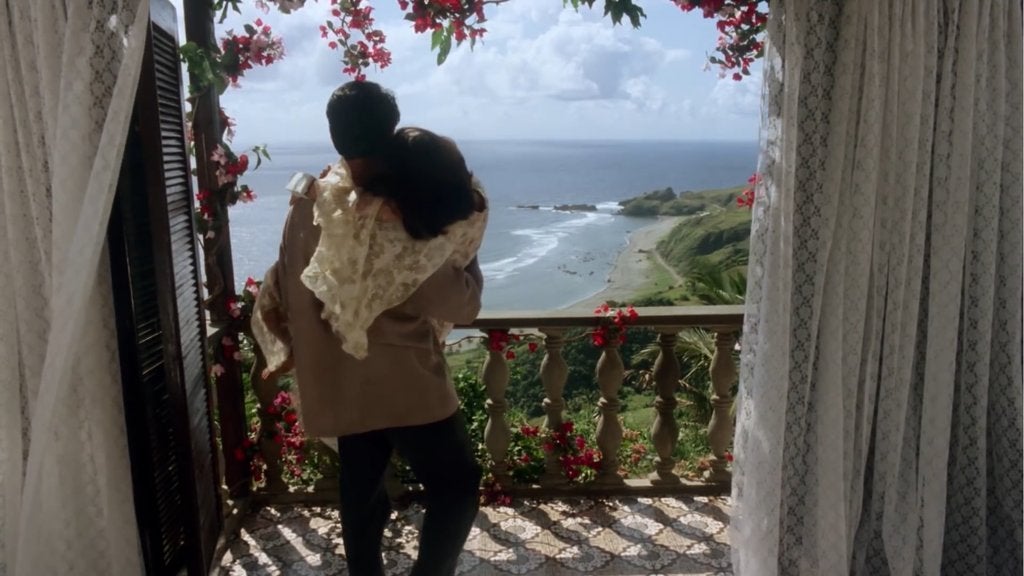 “Hihintayin Kita Sa Langit” is a 1991 adaptation of the classic English novel, “Wuthering Heights,” by Emily Brontë. That novel, while without doubt an excellent work of fiction on its own, almost begs the question: Does it owe some of its success, part of its much-celebrated status, to the tragedy of being its author’s first and last novel?

(Brontë passed away only a year after her novel was published, and so never came to appreciate her novel’s full success.)

This is not to criticize the novel’s value in any way, because no amount of sympathy for the author’s misfortunes can save a novel if the work itself lacks substance. This is merely to suggest that “Hihintayin Kita Sa Langit,” in drawing from Victorian literature, also acquires much of its charm in this association with its source material. Like the idea that the appeal of “Wuthering Heights,” as a creative work, is enhanced by the circumstances of its creation, there is neither criticism nor praise in declaring that its Filipino film adaptation borrows heavily from the beauty of earlier works—there is only acknowledgment, that any work of art cannot escape being part of something larger than itself, of a world beyond the boundaries of the art form.

True to its source, “Hihintayin Kita Sa Langit” manifests a vaguely Victorian aesthetic, evoking nostalgia amidst its rustic settings. In the opening title sequence, the film shows a montage of the famed Batanes coastline. Perhaps as a nod to the “Wuthering Heights” title, the film also shows a fascination for the literal heights of the province’s promontories, the iconic hills weathered by wind, and carpeted by grass.

Sex on the menu for Pogo workers

Sex on the menu for Pogo workers