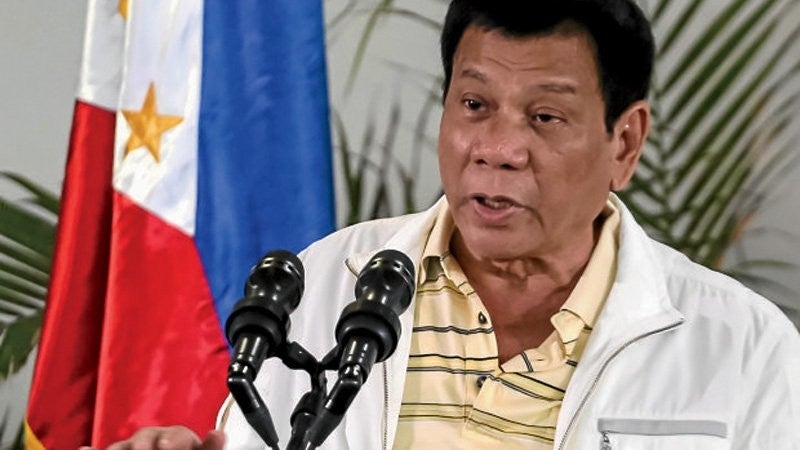 President Duterte is barking up the wrong tree whenever he blames the Anti-Money Laundering Council (AMLC) for the slow progress of his campaign against corruption. The truth is that the AMLC’s hands are tied by the very law it is implementing. And to remedy this, it is Congress which has to amend and strengthen the law and expand the powers of the AMLC.

The anti-money laundering law, in its present form, is actually a watered-down version of what had been originally proposed. Casino operators, the state-run Philippine Amusement and Gaming Corp., and some senators had lobbied to exclude casinos from the list of institutions covered by the Anti-Money Laundering Act (Amla). This was disclosed by then Sen. Sergio Osmeña III during the Senate hearings in March 2016 on the $81-million laundering of Bangladeshi funds that passed through Rizal Commercial Banking Corp. and eventually disappeared in Philippine casinos. If covered by the law, casinos would be required to submit regular transaction reports to the AMLC.

As it is, the Amla has been amended four times since its enactment in 2001 to expand the list of predicate crimes and institutions covered by the law, after the international anti-money laundering watchdog Financial Action Task Force (FATF) threatened to put the Philippines in its “black list” of countries being used as money-laundering havens. Still, casinos were excluded through the years from the law’s coverage despite experts’ contention that these institutions were known conduits of money laundering since anyone could claim to have made money through gambling.

The Securities and Exchange Commission (SEC) had also been pushing for the inclusion of casinos in the coverage of the AMLC, which is headed by the governor of the Bangko Sentral ng Pilipinas and made up of the SEC chair and the head of the Insurance Commission.

This year, the Philippines needs to strengthen the Amla or face blacklisting by the FATF, especially if it fails again to include casinos in the coverage of the law. Last October, AMLC executive director Julia Abad-Bacay issued this warning after attending the budget hearing of the Senate committee on finance. She raised the need to amend the law or come up with new legislation to include casinos in the Amla coverage as a high-level mission from the Asia-Pacific Group on Money Laundering and the FATF might visit the Philippines soon to ensure that Philippine efforts to have the casino sector included in the Amla were being sustained. “So they want to make sure that a law will be passed by the Philippine Congress ideally by [2017],” she told the committee chaired by Sen. Loren Legarda.

Last week, BSP Governor Amando Tetangco Jr. again reiterated the need for Congress to strengthen the Amla. With six months left in his term as the chief monetary and banking regulator, Tetangco told members of the Rotary Club of Manila that he would push for measures meant to strengthen the local banking system and align the Philippine practices with increasingly strict international anti-money laundering measures meant to combat cross-border flows of illicit funds. Specifically, he wanted to include tax evasion in the list of predicate crimes, referring to illegal activities that would authorize the AMLC to freeze bank accounts of suspected violators and prosecute them. Tetangco, whose second six-year term at the helm of the central bank ends on July 5, also wants Congress to strengthen the Amla to include casinos under the coverage of the AMLC.

Instead of hurling invectives at and threatening the members of the AMLC, President Duterte should prod Congress to pass proposed amendments to the anti-money laundering law to give it more teeth to combat corruption. The AMLC can only act based solely on what the law allows it. Absent a strengthened law, expect the country to be blacklisted by the FATF and see more delays in the administration’s campaign against corruption.