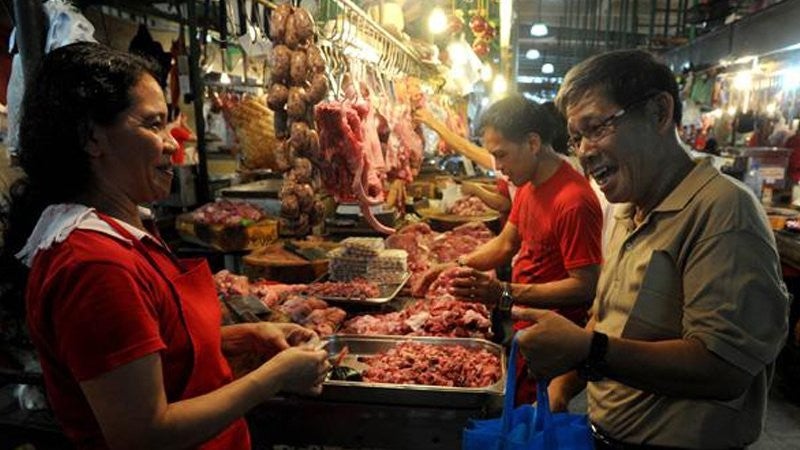 Prices of basic goods and services are bound to rise in the next months, not just because of the seasonal Christmas jump in demand for everything—from food and services to gadgets to cars and even condominiums—but also because of a confluence of international events with a significant impact on the Philippine economy.

If you haven’t been looking, crude oil prices have gone up substantially from their cheapest levels early this year, the peso has depreciated to its lowest in eight years, and the US economy is picking up and zapping funds from emerging markets like the Philippines.

But it has since crept higher and was already at $49.52 a barrel last October. Last week, the Brent global benchmark jumped 9 percent and breached $50 a barrel, nearly doubling its lowest for 2016. Members of the Organization of Petroleum Exporting Countries (Opec) reached an agreement in Vienna last Wednesday to curb oil production by 1.2 million barrels a day starting in 2017 to push prices higher. Non-Opec member Russia also agreed to curb its output by 600,000 barrels a day.

Although some analysts were doubtful that the Opec agreement would significantly cut global supply of the precious commodity, there are others who forecast that demand would finally catch up with supply in 2017. Commodities experts believe that last week’s deal among members of the oil cartel will therefore speed this up.

Meanwhile, the peso has fallen to an 8-year low against the dollar, flirting with P50:$1, although the Bangko Sentral ng Pilipinas had noted that the local currency was tracking the global strength of the greenback, or that monies around the world were similarly weakening against it. The peso at 49.86 to $1 is at its weakest in eight years since trading at P49.99:$1 on Nov. 20, 2008. The peso weakness has been exacerbated by the outflow of “hot money” from the local stock market as investors leave emerging markets and invest in dollar-denominated assets that are seen to appreciate when the US Federal Reserve Board raises interest rates this month.

A day before the Opec meeting in Vienna, a number of local oil firms already announced a new round of big-time price increases in gasoline (by P1.50 a liter) and diesel (by P1.20 a liter). As of

The impact of higher crude prices on an oil-importing country like the Philippines is practically on everything, including electricity rates, transport fares, and prices of basic food and services. The cost of all these things—which will be reflected in the monthly inflation figures to be reported by the government—will definitely be on the uptrend in the coming months.

Analysts and government economic managers have allayed the public’s fears about rising prices, explaining that the rate of increases would be within their targets. But it is better to be prepared now for an eventual jump in the cost of living. As they say, it is wise to save for the rainy day, because you can bet on it: High prices are coming.