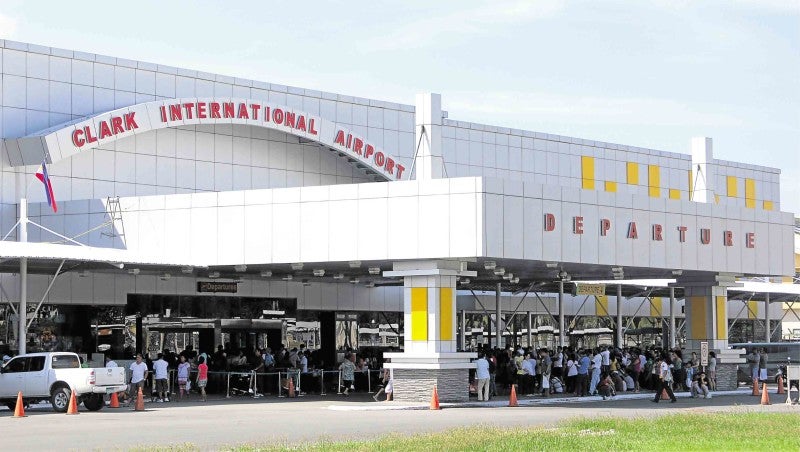 Airport congestion is such a problem. The Ninoy Aquino International Airport (Naia), Metro Manila’s main hub, has at one point been voted the world’s worst airport. In 2015, Naia handled more than 36 million passengers, beyond its designed capacity of 31 million. The congestion is compounded by the fact that Naia suffers from limited expansion options.

Two unsolicited proposals were floated last week to address the problem. One, the ambitious plan of San Miguel Corp. (SMC) to build a new international airport serving Metro Manila, was actually proposed to the Aquino administration, although this time not on reclaimed land in Manila Bay, but in nearby Bulacan. Per Transportation Undersecretary Roberto Lim, the SMC proposal is an “aerotropolis” with four runways on at least 2,000 hectares. SMC president Ramon Ang earlier estimated that a new airport project could cost at least $10 billion.

The other is a more ambitious proposal from Wilson Tieng’s All-Asia Resources and Reclamation Corp. (ARRC)—a $50-billion plan for a new international airport, seaport and economic zone involving the conversion of the former US Navy station in Sangley Point, Cavite. ARRC, which had submitted the proposal to the Aquino administration, also presented to the Duterte administration the unsolicited feasibility study on an airport in Cavite. Under ARRC’s proposal, 2,500 hectares will be reclaimed, on which a new airport for up to 90 million passengers per year will be built. The proposed seaport will handle two million containers and will have oil storage facilities and roll-on-roll-off terminals.

The government has its own plan for an alternative airport. Earlier, the Department of Transportation drew up a roadmap seeking to build a new international airport by 2027 while it develops congested Naia and Clark International Airport in Pampanga. But sadly, time is not on the government’s side.

A third alternative that, advocates say, is easier and cheaper to do is the expansion of Clark International Airport. Some economists had said it would be much easier to make something happen in Clark because the government would not be building from scratch. A planned railway link between Clark and Manila could be revived. Clark’s expansion into a much bigger international airport in just a few years could easily absorb a big portion of Naia’s air traffic.

The main issue going against Clark is its distance of about 90 kilometers from Metro Manila. But this can be addressed by a railway link. Japan’s Narita airport is 60 km from central Tokyo, and Kansai international airport is 62 km from Osaka. Hong Kong’s main airport is 39 km from the city center. Bangkok’s Suvarnabhumi airport is 25 km away and Kuala Lumpur’s is 55 km away. All these are connected by commuter trains that bypass the traffic on the congested city roads.

With the Duterte administration warming up to China, it can easily seek help in building a railway system from Clark to Metro Manila. The best option, of course, is high-speed trains: Think of Japan’s Shinkansen, Germany’s ICE and France’s TGV. Or even China’s Beijing-Tianjin line, reported to be the first passenger high-speed rail route in the mainland, with trains traveling more than 300 km an hour (a distance of 122 km is covered by the fastest train in 33 minutes). But this will be very expensive. Still, there are train systems like an airport rail link that can cut travel time from Clark to Metro Manila to an hour or less.

The government should decide soonest what is most practical and beneficial to the country. Do we need a brand-new international airport in Bulacan or Cavite that will take years to build? Is Clark a cheaper and viable alternative? Urgency should be a major concern. It is high time the government and the private-sector proponents discussed the matter. Should Clark emerge as the best option, a joint undertaking among them would be ideal. There is no need to compete given the size of the project. Also, the government can look to Japan for technical assistance.