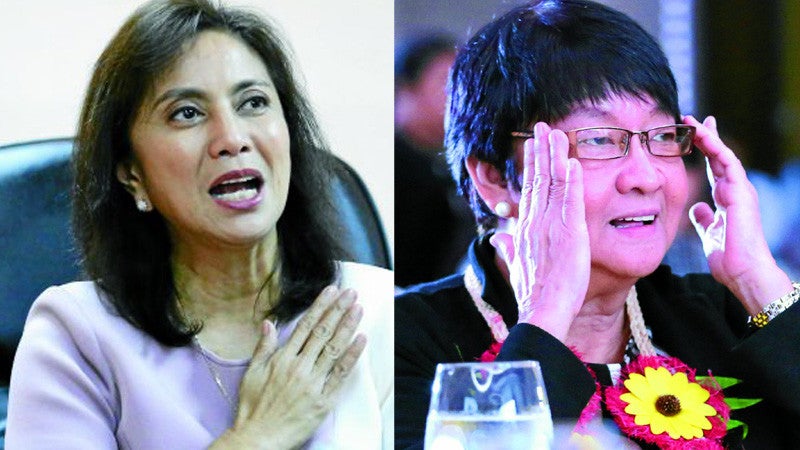 Social Welfare Secretary Judy Taguiwalo and Vice President Leni Robredo are showing the way in responding to the devastation wrought by Supertyphoon “Lawin.” Quietly, without fanfare, and without casting blame or ill will at this time when the urgent needs of typhoon victims need to be the paramount focus, they have visited the affected areas and met with the survivors to take stock of their condition.

The estimated damage to infrastructure and agriculture caused by Lawin is at P657 million. Eight fatalities so far have been reported; some 30,000 families or about 117,000 people had to camp out in over a thousand evacuation centers in the northern Luzon regions. Many of them may need to stay there for some time, as the typhoon exacted heavy damage on many communities.

Vast areas remain littered with downed power lines, felled trees, obstructed roads and damaged or demolished houses, but the National Disaster Risk Reduction and Management Council has reported that road-clearing and power restoration efforts are ongoing nonstop, while Taguiwalo’s department has announced the release of P5,000 in emergency shelter assistance to each poor family affected by the typhoon. The amount is the first tranche of P30,000 that will be given to families whose homes were destroyed by a disaster, or P10,000 to those whose homes were damaged.

Still, many areas are in need of immediate assistance. The landlocked province of Kalinga has appealed for aid via social media, with residents saying they have had no water or electricity, and roads remain blocked, since the typhoon’s onslaught. Of the eight deaths reported under Lawin, six occurred in Kalinga, with a family of five reportedly perishing in a landslide. Residents of a number of barangays in the province say they have yet to receive aid from the government.

This is a time to have all hands on deck to ensure that the survivors’ urgent needs are immediately addressed, and their lives eventually rebuilt. Despite, however, the well-intentioned, clearly nonpolitical efforts by the likes of Robredo and Taguiwalo—the social welfare secretary forgoing joining President Duterte’s huge official delegation to China to attend to the typhoon victims, Robredo rushing to meet with survivors right after deplaning from a trip to Quito, Ecuador, where she headed the Philippine delegation to an international habitat confab—the misinformation and ugly politicking continue unabated online.

Robredo was scored by certain Duterte supporters for allegedly going to Cagayan with a promise to distribute aid and failing to do so—an attempt at malicious intrigue that Cagayanos themselves refuted. A meme also made the rounds comparing the 6,000 fatality record of Supertyphoon “Yolanda” in 2013 under the Aquino administration, and the eight deaths in Lawin under the present administration—the crude one-on-one comparison meant to highlight the supposed incompetence of the previous dispensation vis-à-vis the new one.

That the Aquino administration’s handling of Yolanda left very much to be desired is beyond refute, but that debacle also served as a valuable lesson that led to improved and more conscientious disaster management efforts down the road, including those for Lawin. Also, the conditions that contributed to the vast scale of devastation under Yolanda—strongest typhoon in history, heavily populated coastlines, an unexpected storm surge, etc.—were not present in Lawin’s case. The signal No. 5-type storm weakened over northern Luzon’s mountainous terrain, no storm surge occurred, and, this time, with the terrifying memory of Yolanda in their mind, residents and local government units knew better than to slacken on the evacuation efforts.

While every death is unfortunate, Lawin’s low level of fatalities attests to the hard-earned lessons of Yolanda, and how this administration is conscious about learning from past mistakes. But much remains to be done; it’s no time for vile politics as usual.