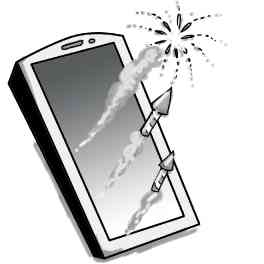 Nowadays, going through the feeds of various social media platforms feels like being in a battlefield.

Skim through snapshot after snapshot, tap out your reaction as posts and articles scroll down your screen, and try not to flinch as waves of negativity threaten to overwhelm your daily news. Yes, let’s face it: The smallest social media interactions can trigger so much anger and from all directions, from people you vaguely know—and even from those you don’t know at all—and before you know it, your not-even-intended-to-be-inflammatory post is drowning in a sea of red angry faces and caps-locked comments.

One Wednesday night, Sept. 21, I was bracing myself for the usual plethora of frustration and anger as I opened my social media apps, much like a soldier entering the war zone. The past days’ feeds were a cacophony of political headlines, complaints about the traffic, the breakups and breakdowns in show biz, pleas for assistance over the most recent tropical cyclone, struggles through the unpredictable weather. Whatever pinpricks of cheerful updates or hopeful news were pretty much overwhelmed, the rat-tat-tat of bullets muffling any assurance of victory at hand.

So it was definitely a surprise for me when flashes of white broke through all the red emojis that I usually had to scroll through—shouts of joy, figures garbed in white coats, stethoscopes raised in triumph. I found out pretty quickly by all the posts that the results of the 2016 physician licensure examination had been released, and that 2,899 medical students of the Philippines can now carry the title “MD” after their names.

I soon lost count of all the “likes” and retweets I did that evening, as well as the number of times I saw references to Earth, Wind and Fire’s quite appropriately celebratory song, “September”—but it was such a wonderful change from the weary commentaries and woeful complaints. The previous years of struggling and studying, the past months of frantic review for the tension-filled weekends of the board exams, the many, many cups of coffee consumed and the even more numerous patients passing under their care: All of it came to fruition in their names appearing in black-on-white type on the Philippine Regulatory Commission’s list. And it transformed, further still, into bursts of bright happiness on my screen that the usual miasma of social media misery failed to quash.

For the first time in a long while, it felt restful to view the feeds, allowing the glee of these new doctors to wash over me like a healing balm. I had often bewailed the transformation of social media from innocent fun to deadly weapon, but on that evening I could let down my guard as I kept scrolling. Nothing could keep down the raw joyfulness that broke through the feeds like beacons of white light.

Amid the usual thank you’s to faith, family and friends, teachers, and schools, some students’ posts really shone brightly. One board passer thanked God and his family, but ended his message with the biggest thank you of all to his patients. Yet another, in the same vein, thanked those who gave him “the chance to heal [you], and in doing so, heal my country.” In our nation currently being rocked by so many struggles within and without, all the more will we need these healers to help it survive to another day.

Their first victory may be won, but these young doctors still have many battles to fight, and some of these may even have to be waged online. Just a few months ago, pictures of medical students asleep in the hospital wards went viral on social media, with camera-wielding patients declaring their anger that these so-called professionals would be found sleeping with the waiting room still occupied. The resulting comments war found those on one side arguing that much of these students were overworked and without pay, and those on the other side arguing that service was what was promised and, as such, is what should be delivered. But from that online skirmish, what I could clearly see is that these doctors-to-be are tasked with what is often extraordinary responsibilities, to be performed with ordinary hands. We saw it in those angry posts back then, and we see it now in their celebration on that September night. In their exhaustion as they perform their duty and in their unbridled joy at their chance to continue doing so, we see that they are very much human, very much still in their battles, and still fighting to heal all that they can in their line of work.

It may not change much beyond that night. No doubt that in subsequent nights, I and many other smartphone-wielding Filipinos would still have to weather all the negative news, still have to fight the cynicism that threatens to overwhelm most social media users in this daily battle of opinions. But for that night, the 21st night of September, there were new figures in white standing strong and proud amid the anger and the frustration, shining beacons with a promise of hope, answering the call to heal and to serve.

To all of us who are fighting our own battles every day, these glimpses of white amid the red is a healing in itself, a refuge in the middle of the social media storm.

Anna Margarita P. Tongco, 25, is a product development scientist at Universal Robina Corp. “who indulges in creative writing when the laboratory is empty or the colleagues aren’t looking.”

Read Next
Imagining his words
EDITORS' PICK
10 Filipinos positive for COVID-19 in UK, 7 in Ireland — envoy
Nograles: Cabinet members to donate 75% of monthly salary to aid COVID-19 fight
IATF to LGUs: Issue ordinances vs attacks on frontliners, COVID-19 patients
Quick chat with Nicole Andersson: ‘You really don’t need much to be happy’
Diokno to Duterte: OK to make fun of buck tooth, but focus on people’s needs first
Robredo spox thanks Duterte for defending VP’s efforts vs COVID-19
MOST READ
Angelica Panganiban on endorsing Duterte in 2016: ‘Patawarin niyo ko’
PACC to NBI: Probe Robredo for ‘competing with national govt’ in fight vs COVID-19
PACC’s COVID-19 motto? ‘Lahat ng tutulong, ikukulong’ — Lacson
5 Filipinos on Forbes Asia’s “30 Under 30” roster
Don't miss out on the latest news and information.

Quick chat with Nicole Andersson: ‘You really don’t need much to be happy’

Diokno to Duterte: OK to make fun of buck tooth, but focus on people’s needs first

PACC to NBI: Probe Robredo for ‘competing with national govt’ in fight vs COVID-19

Death came before COVID-19 test results for man in Tacloban