These can be done | Inquirer Opinion

These can be done 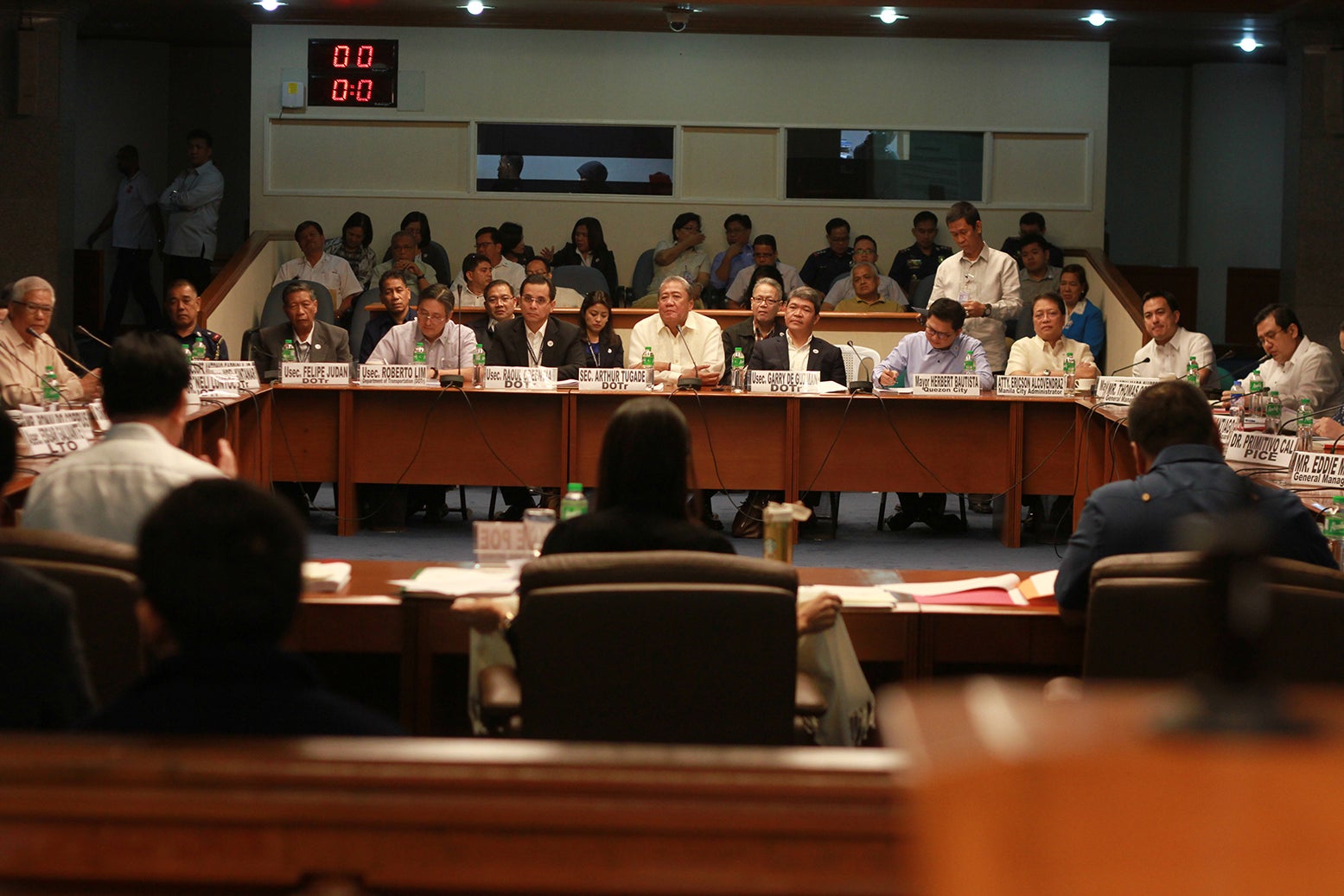 Here are some of the things I think we’d all like to see done real soon, like this year. It will need President Duterte’s determination to force bureaucrats to perform, and Congress to act with dispatch. If Mr. Duterte is the action man he promised to be, all these can be done by Christmas.

First and absolutely foremost, persuade Congress to act much more quickly on the grant of emergency powers to him. Congress should act under its own emergency and approve it by Sept. 30. Cebu is now ranked as the world’s worst in traffic by the community-based traffic and navigation app Waze, with Manila (unsurprisingly) not far behind. We can’t live like this anymore. The toll on the economy, business and the people is intolerable.

With those powers, cancel all but the most necessary bus franchises. Just do it. We’ve all been clamoring for years to get the excess, empty buses off the roads, and for those left to drive responsibly, with drivers on fixed salaries. But Presidents Estrada, Arroyo and Aquino never had—excuse me—the balls to do it. Mr. Duterte can prove that he does.

Go one step further by signing a contract for one company to provide a fully automated bus rapid transit (BRT) system on Edsa, with no other buses allowed. Do the same for C5. BRTs work, as well proven in China, Mexico, Colombia, and Hong Kong. City trains are the dinosaurs of yesteryear. But while we’ve got them, resolve the MRT mess. Give it back fully to the private sector; bring Sumitomo back to maintain it. It’s time for the dilapidated buses to be phased out. So I’m glad to see that Transportation Secretary Art Tugade and his team at the Department of Transportation (DOTr) support the implementation of a BRT system and are in fact looking at converting the current LRT2 that runs from Manila to Pasig.

Get all general aviation out of the Ninoy Aquino International Airport by Christmas. Put trained traffic aides at all intersections during rush hours to ensure that these don’t get blocked. And turn off the traffic lights to intelligently maximize volume of traffic flow by thinking human beings. I’ve often sat for 29 seconds while no car went through a green light.

Reduce corporate income tax to 25 percent by Jan. 1. Do it now, not gradually. Get a solid message to business: “We want you here, we want you to grow, we want you to be profitable.” Alternative funds are available, and we listed some earlier. Strong political will and ruthless capture of cheats will raise the funds. Associated with that is rationalizing personal taxes so the lowly paid pay less, much less. Leave the rich taxed as they are.

Impose a tax on sugar, not soda, or other selected sugar products. Sugar is the culprit, so tax it. I’d tax fast foods, too, but that will never happen, unfortunately. Tell the Bureau of Customs to implement universal marking on oil products.

To stop unfair contractual employment, pass two laws—one, to apply all benefits from Day 1, and not after six months; and two, to remove security of tenure and let performance decide. My column “Think sensibly, amend the labor code” (6/2/16) explains how it benefits everyone. And I’m at a loss to understand why these two simple solutions aren’t enacted, or not even discussed. There’s some discussion of Day 1 but none on security of tenure. Yet eliminating that is essential if the Philippines is to compete, and if lots more jobs are to be created. In global competitiveness polls, the Philippines perennially ranks disappointingly in terms of labor market efficiency due to its rigid hiring and firing policies. Its antiquated Labor Code needs to be amended now.

This one is a tough one, but the country and the people need it: Go back to the original tax regime for mining, it’s fair) and approve long outstanding ECCs (environmental clearance certificates) for responsible companies. Get mining back as the wealth producer for the country it can be.

Take the National Food Authority out of rice trading, but remain responsible for ensuring there’s enough rice in store to cover any eventuality. A policy of rice sufficiency, not rice self-sufficiency. Let’s give consumers cheaper rice and help farmers be more competitive in other crops. I’m glad to see that the National Economic and Development Authority is advocating this.

Pass a law—now—to pay land owners 150 percent of independently-assessed market value if their land is taken over for national projects. Right-of-way refusals add years to getting a project started. And don’t ask premiums on projects. Go for the lowest user fees. The administration must ensure the full implementation of the Right of Way Act signed into law by President Benigno Aquino III early this year.

Expedite the approval of the freedom of information bill. Mr. Duterte promised a clean government to an estimated 100 million Filipinos, and this is one of the reasons more than 16 million voted him into office. While the issuance of an executive order is commendable, the government still needs a law to institutionalize the government’s anti-corruption efforts and to ensure that pro-transparency measures will not be reversed by future administrations.

Release all nonbailable offenders held longer than if they were found guilty—now, and not through slow legal processes (as is now being done). Just let them out. Be humane, not legalistic.

There’s much more that can be done within the next three months. I welcome suggestions. What I sense, though, is that “bureaucratic procedures” and legal challenges are stifling the need to move fast. President Duterte must put his foot down, force change, force action.

This can all be done by Christmas—if there’s the determination to.