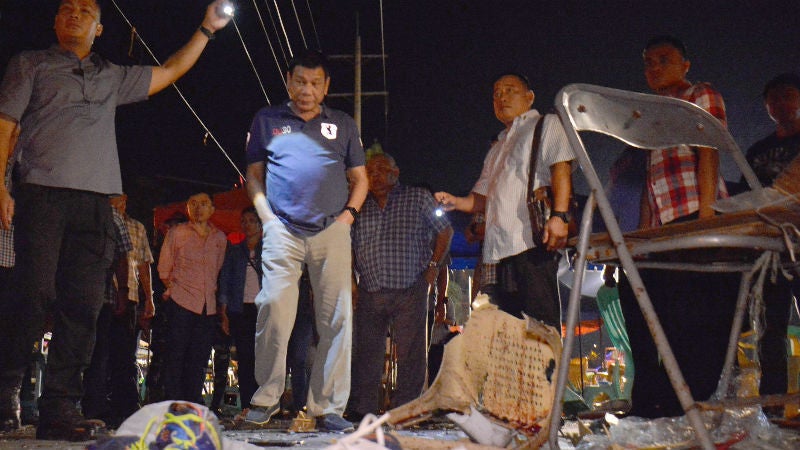 THERE ARE questions and there are questions: those meant only to score cheap political points, and those that genuinely seek the truth as against official spin.

That distinction must be made in the wake of the furious row that has again erupted among a certain segment of the public that populates social media and drives discourse nowadays, following the horrific bombing Friday night in Davao City. Many supporters of President Duterte have been quick to swat down questions raised by other citizens about the bombing and the administration’s response to it; too early, they say—inappropriate, even unpatriotic, when commiseration with the victims and national solidarity are paramount at this time.

There is and should be no question that this tragedy that left 14 people dead and 67 injured is an attack on the entire nation; it deserves condemnation and should unite everyone behind the fight against terrorism. Crushing the Abu Sayyaf—which initially took responsibility for the attack but later shifted blame to an allied group—is a campaign long supported by a public that has grown weary of the bandit group’s murderous track record. If Mr. Duterte’s vaunted heavy hand finally puts an end to the Abu Sayyaf, he’d have a grateful nation standing by him.

But rallying to the administration’s side against terrorists should not preclude the fundamental task of holding it to account on other matters. Nor should it be seen as disrespecting the dead when the circumstances surrounding the dreadful crime that snuffed out their lives are examined carefully; there can be no better way of honoring them and ensuring justice than seeking answers and extracting lessons from the possible omissions and oversights that led to their deaths, however inadvertently, to prevent a similar incident from happening again.

For instance, are citizens obliged to ignore the news that authorities had received intelligence reports of a possible attack at least two days before the fact? Philippine National Police chief Ronald dela Rosa has gone on default defensive mode by saying this is no time to blame the PNP for the apparent intelligence failure. To be sure, those calling attention to the issue include the usual horde of trolls and hecklers. But take out partisanship from the equation and the PNP will still have to confront the question sooner or later: What did it do with the intel? Could it have helped prevent the bombing?

The task of getting a grip on the situation and calming a tense nation wasn’t helped either by the missteps of the President’s communications team, which had more than one spokesperson offering divergent statements on the coverage of the “state of lawlessness” declared by the President to reporters early on Saturday. The disarray not only confused the public; it also suggested a dysfunction in his inner circle, with his close aides apparently not talking among themselves to craft a coherent, coordinated response to the incident. If Mr. Duterte’s own communications team is as muddled and disunited as their actions indicate, calling on the citizenry to quash their public misgivings and just get behind the government becomes an exercise in unfortunate irony.

Even more questions are raised by the revelation of the President’s legal counsel, Salvador Panelo, that a declaration of a “state of lawlessness” was already being mulled even before the bombing, ostensibly on account of the rise in extrajudicial killings. But does not lumping the bombing with the killings to justify the declaration serve to obfuscate the issue?

The bombing was the handiwork of a terrorist group. But the summary killings—even if the administration tries to deny it at this point—can be seen as the result of the President’s numerous statements made as early as the election campaign, and subsequently echoed by his top cop. These statements have encouraged ordinary citizens to kill drug suspects, to burn the houses of alleged drug lords, to view drug users as “not human”—basically declaring open season on those branded as enemies of society, with appeals to human rights and due process correspondingly demonized as being soft on criminality. Isn’t the lawlessness in this case self-inflicted?

It is not unpatriotic to raise inconvenient questions such as this. Being a good citizen demands the capacity to be both empathetic and vigilant.