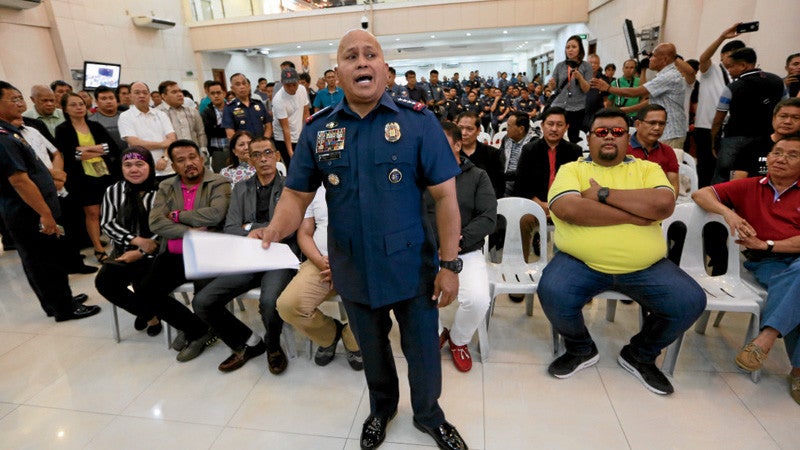 The President’s “narco-list” came down in the wee hours of the morning last Sunday; like the proverbial thief in the night, it caught many by surprise. And like a piece of work rushed overnight, it was also ridden with errors.

The magnitude of President Duterte’s release of the list, naming over 150 local government officials, judges and soldiers as involved in drug cartels, cannot be overstated. Depending on which side they are on, lawyers have started to debate whether the list amounts to a systematic violation of the constitutional presumption of innocence or is merely an expression made from the President’s bully pulpit.

But the fact that the list contained serious errors made the release even more consequential; it did not only link individuals to the illegal drugs trade, it linked the wrong individuals.

One judge was already long dead; another had already been dismissed. One person classified as a member of Congress wasn’t a lawmaker. Four other judges did not have any jurisdiction over drugs cases. One military general had already died; three other officers had long been discharged. And so on.

“Why are we so concerned about the mistakes? We should be concerned [about] the good effects of this massive campaign. If we allow ourselves to be controlled by the fear of making mistakes, by a small percentage, this campaign will go nowhere,” he said.

This is an interesting insight from a man the media offices of both the national government and the police are busy creating a larger-than-life personality for. He is essentially saying that the end justifies the means; after all, why let the mistakes get in the way of “this massive campaign”? But what is the purpose of the celebrity blitz that Dela Rosa is on, the creation of a new police mascot looking like him, the popularization of games featuring the new chief as a character, if not to humanize one of the largest organizations in the entire country? Interesting, then, that his comment fails to recognize the human toll of these mistakes.

Is there such a thing as a small mistake, when an individual’s reputation, even his life, is at stake? We expect more from the police general who wears his emotions on his uniform’s sleeve, who is truly ready to listen to the grievances of his men. If he can offer his official residence as temporary housing for a man reputed to be a major drug lord, out of the kindness of his heart, why can’t he show concern for those individuals wrongly included in the list?

He makes a false connection, between showing concern about not making mistakes and allowing ourselves “to be controlled by the fear of making mistakes.” These two are not the same; no member of a government unit, no bureaucrat, should be controlled by this fear; on the other hand, every government employee or agent should acknowledge that mistakes can be made—and that mistakes can be corrected.

Dela Rosa justified the error-ridden list as necessary in the all-out war on illegal drugs. “To tell you frankly, we won’t be able to pin them down, because drug lords are very hard to pin down unless you have a comprehensive case buildup.” But that is precisely the point. The people who prepared the list and gave it to the President himself to release were not working very hard; the complete staff work that characterized the Ramos administration, which President Duterte admires, was missing in the preparation of the list.

We realize that some people—whether admirers of the President’s strategic approach or critics of the President’s policy and language—have suggested that the errors in the list were deliberate, and the list was shaped precisely to provoke those involved in the illegal drugs trade to turn on each other. That is possible, but at what cost? An error-ridden list undermines its own standing in public opinion, and creates even more doubts about the means by which the war on drugs is being waged.

Iran ‘can’t act with impunity,’ Biden says after US airstrikes