The story behind the viral photo 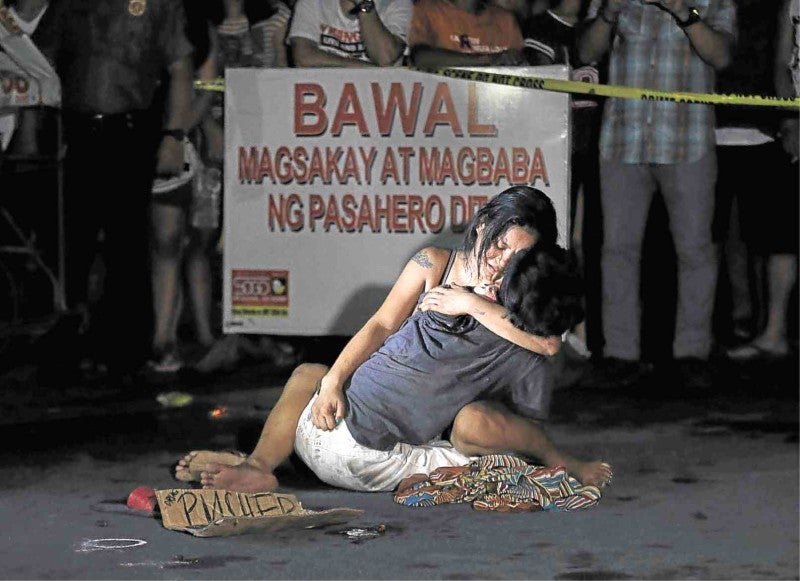 It was the third extrajudicial killing of suspected drug pushers that I covered on the graveyard shift last week.

Around 1:30 a.m. on July 23, upon arriving on Edsa Taft-Pasay Rotunda from another crime scene, I could already see the picture.

I knew this was different. In the middle of the police line in which photographers and bystanders are not allowed to cross was the lifeless body of suspected drug pusher Michael Siaron, cradled by partner Jennilyn Olayres. A cardboard sign that read “Drug pusher huwag tularan” (I am a drug pusher, don’t emulate) was left near the body.

An hour had passed after the shooting, according to witnesses. A gunman on a motorcycle driven by an accomplice fired on Siaron and left the cardboard sign beside him. Another person was wounded.

FEATURED STORIES
OPINION
Kulturkampf: ‘Katips’ vs ‘Maid in Malacañang’
OPINION
An officer and a gentle man
OPINION
Bongbong and Imee

TV floodlights and news cameras popped and flashed as Olayres wept for Siaron while cradling him in her arms like Michelangelo’s world-famous sculpture “Pieta,” a depiction of the Virgin Mary mourning over the body of the dead Christ.

I took many shots from a distance supported by the light from cameras illuminating Siaron and Olayres, which appeared very much like lighting from a theater stage. Hearing her pleading for help was gut-wrenching. I could do nothing but take more shots. 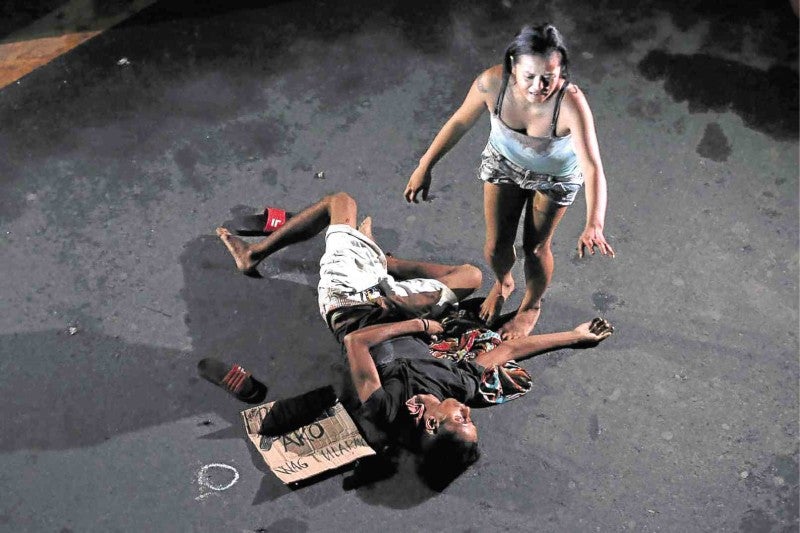 I saw no need to use a flash, as I needed to capture the dark-at-dawn atmosphere.

“That’s enough! And help us!” she cried out to media workers, authorities and onlookers.

I stopped taking pictures and looked for a policeman. I asked him, “What are you waiting for?”

The policeman replied: “We can’t do anything as he is already dead. Let’s wait for the Soco (Scene of the Crime Operatives).” 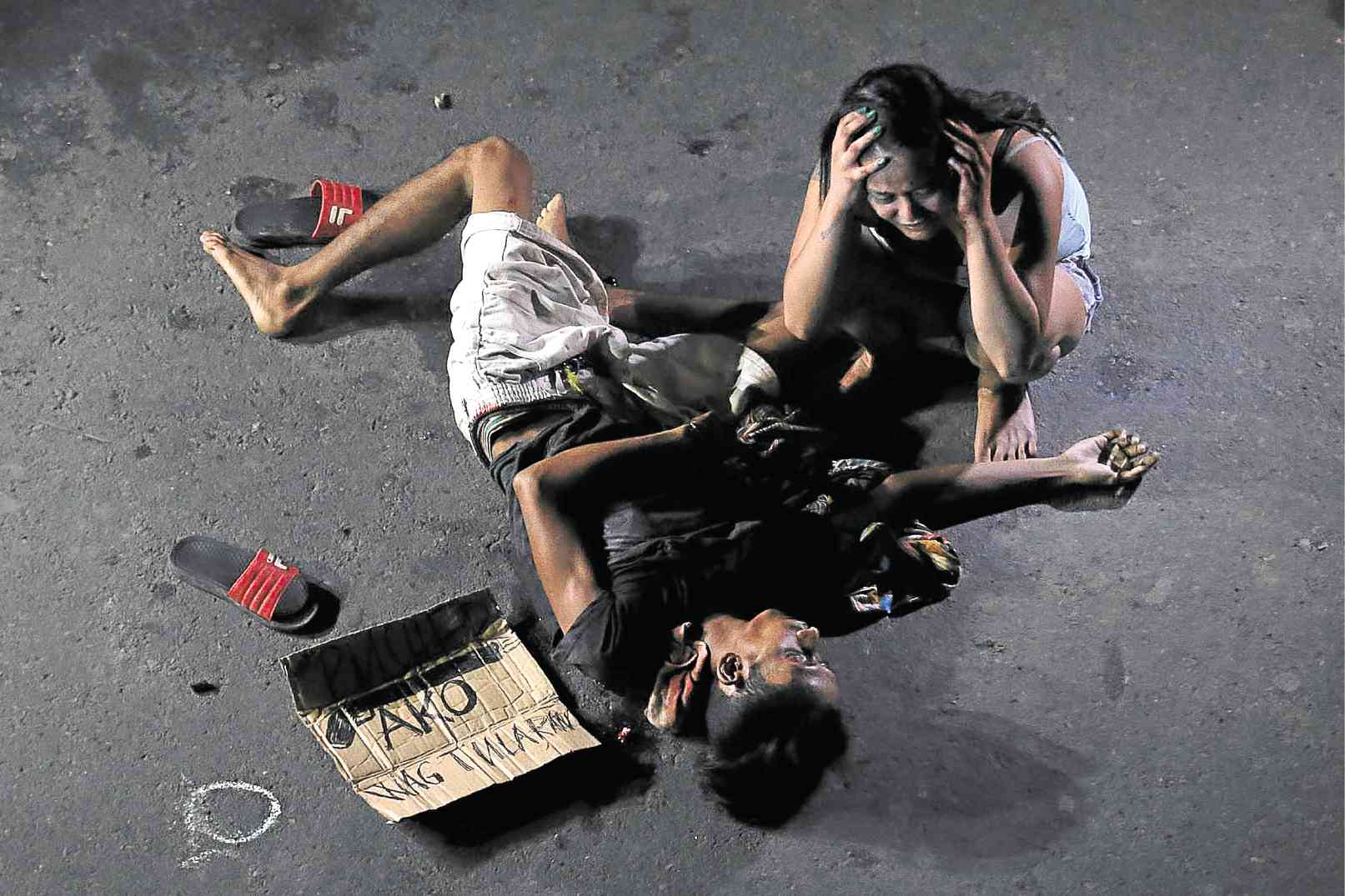 The members of the Soco team came several minutes late because they came from the same crime scene we covered earlier outside the Senate Building in Pasay City.

What could I do? It was heartbreaking but I knew I had to do my job. The crime scene still had to be processed. Evidence had to be gathered.

I climbed the overpass and took more shots: an overview of the scene with cars passing along Edsa, with a few motorists stopping and looking at the commotion, a crowd gathering around the body and Olayres laying Siaron down on the pavement and weeping. 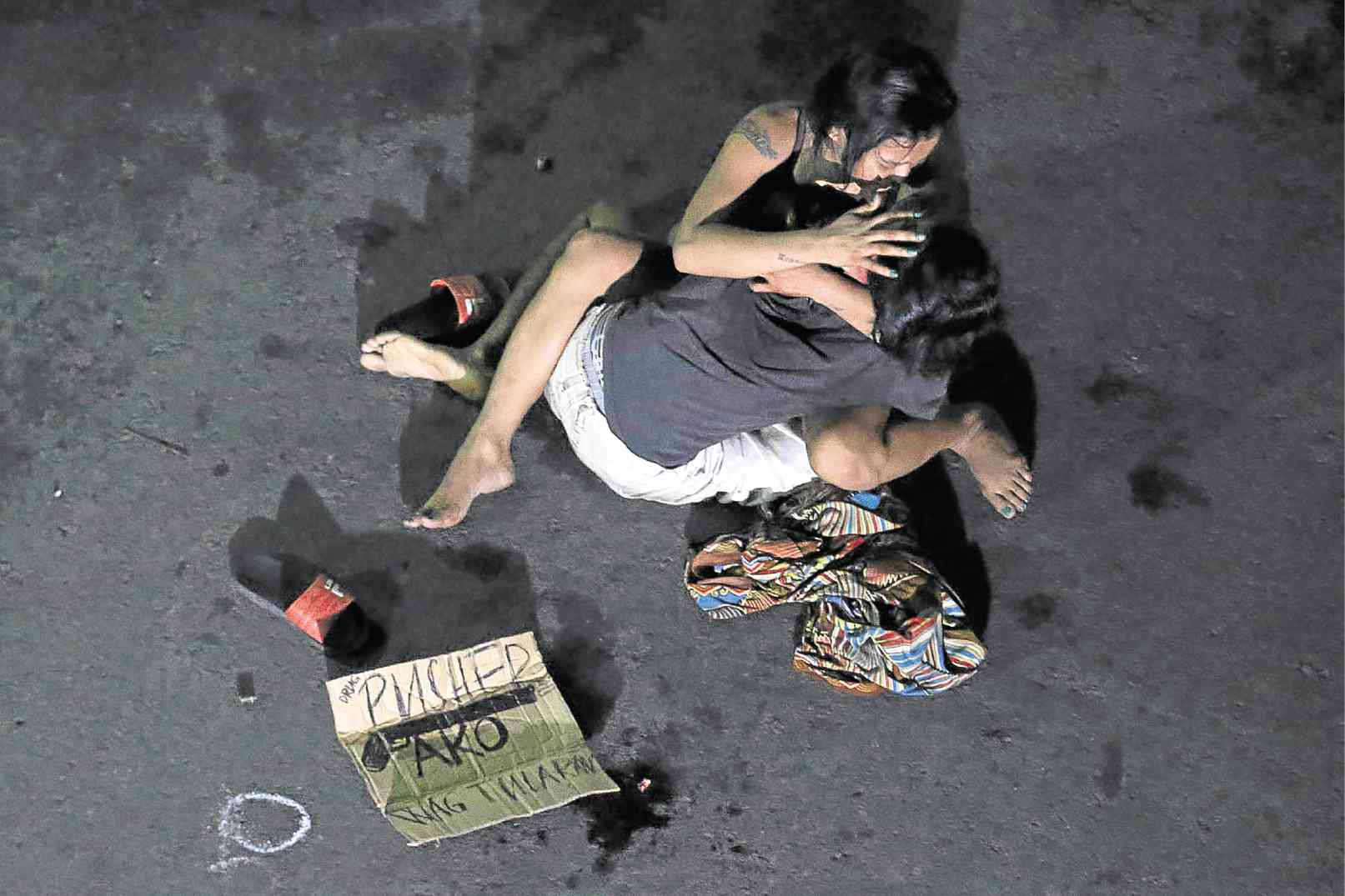 Another report came—a body was found in Leveriza, Pasay City, the fourth on that shift. Many of my colleagues and I hurried off but we all had a heavy heart.

We were not able to take pictures of the male victim—the fourth in “Patay City” (a play on Pasay City, meaning city of the dead), as a radio reporter jokingly said—as the body had been removed from the crime scene. The victim, a mute, was shot and killed by a motorcycle-riding gunman, who also left a cardboard message near his body.

We were quiet as we went back to the Manila Police District, the office of graveyard-shift media workers. I lighted a cigarette to calm my nerves. Another photographer took deep breaths. Together, we recounted moments from the scene at Pasay Rotunda. 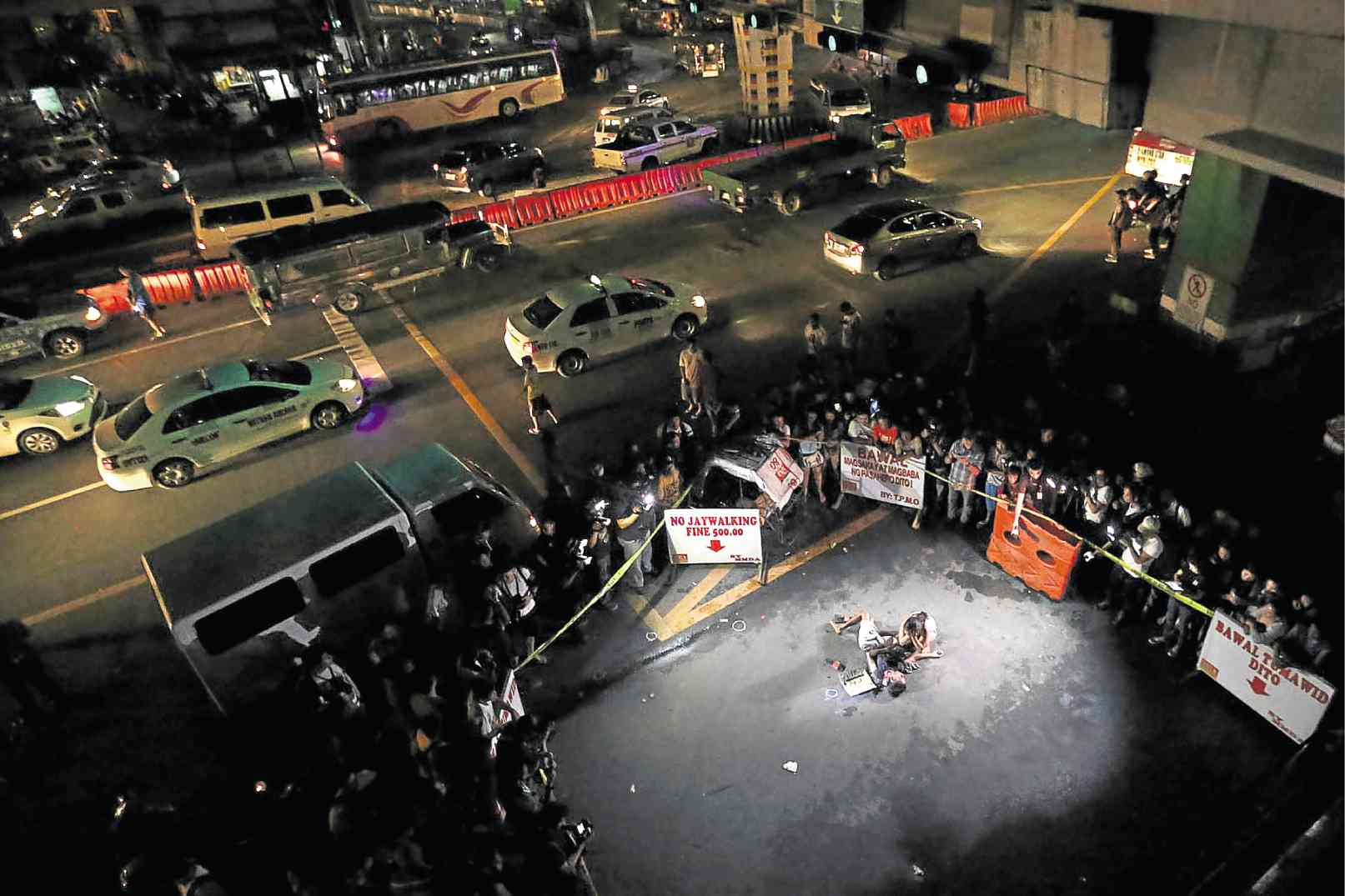 Another veteran photographer said, while shaking his head, “I no longer want to be a photographer.” We all had the same feeling of guilt.

We were unsure whether to submit the pictures for publication because we felt guilty for not being able to help the victim and his partner. We only took photographs.

I remember shaking my head, wiping off my sweat and processing what had just transpired in my head.

I told my colleagues: “Let’s file this. It’s our work.”

We may not have helped the victim and his partner but it is our job to show these pictures. We have to show reality as it is and perhaps, get people to react and even take action.