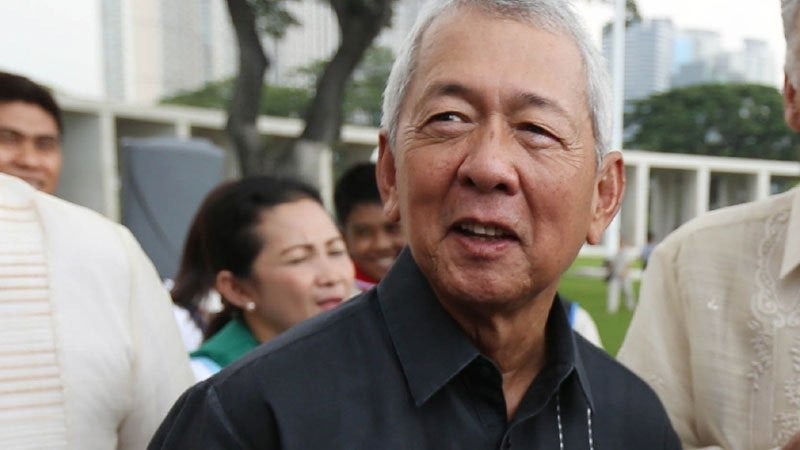 IS FOREIGN Secretary Perfecto Yasay a traitor in the making? I may be wrong, but I think the existing jurisprudence holds that treason is a wartime offense; since we are not at war with China, Yasay’s pro-China remarks cannot be treasonous. To quote from Justice Gregorio Perfecto’s influential concurring opinion in Laurel vs Misa: “While there is peace there can be no traitors. Treason may be incubated when peace reigns. Treasonable acts may actually be perpetrated during peace, but there are no traitors until war has started.” Perhaps Yasay’s treason is only in incubation.

The accusation has been leveled at him with increasing frequency since his startling interview with the Manila bureau of Agence France-Presse over the weekend, when he seemed to have adopted an appease-China-at-all-costs policy. He or his office has since issued at least two rejoinders, to clarify his position. In response, AFP released a copy of the transcript of the interview.

It makes for upsetting reading.

The overall impression it makes—I speak for myself and apparently for many others who took to their social media accounts after reading the transcript—is that of an agent who seems to mouth the talking points, but does not understand the objectives, of the principal. In this case, the principal is not President Duterte but the Philippines itself.

So he says what many of us should already know (but likely still don’t).

“We have not made any submissions with respect to asking the arbitral tribunal for a declaration that we own specific features in the disputed territory or the exercise of sovereignty in any disputed feature we claim as our own.” In other words, and correctly so, he says that the Philippines vs China case does not seek a ruling (an award, in the parlance of international law) on either sovereignty or delimitation, because in fact the arbitral tribunal constituted under the UN Convention on the Law of the Sea (Unclos), convened by the International Tribunal on the Law of the Sea, and hosted by the Permanent Court of Arbitration at The Hague, cannot rule on matters of sovereignty or delimitation.

Then Yasay says: “If it is in favor of China, we will respect that. If it is in favor of the Philippines, we would hope that China will respect that as well. Both these countries—China and the Philippines—have affirmed their adherence to international law and the rule of law and we would like to make sure in this particular case, with the arbitral tribunal when they come up with their decision, that principle will follow.” Except that all this is false objectivity. China has already made clear, in its official acts and in the long, exhausting propaganda campaign it has waged in the run-up to today’s release of the tribunal ruling, that it does not recognize the tribunal and will not abide by the ruling.

Perhaps Yasay is merely showing his newbie’s colors; he is still learning to speak in diplomatese. That is the charitable view. The harsher view is he is either naive or pro-China. Consider his explanation of President Duterte’s marching orders, that he was looking for a “soft landing” after the ruling is handed down. This is what Yasay said:

“It only simply means whatever that decision will be, let us not come up with provocative statements that will serve no other purpose but to heighten tensions because the Philippine Constitution also mandates that we must settle our disputes peaceably through negotiations. We renounce war strictly as an instrument of national policy.” But is war the only alternative? This is what China wants many to believe, that it is, in President Xi Jinping’s words, “not afraid of trouble.” It is unsettling to read the country’s top diplomat misunderstand the nature of, the possibilities opened up by, a diplomatic victory.

Other disturbing points are made (or unmade), including the dangerous belief that bilateral talks with China will help lead, finally, to the Asean-China Code of Conduct (meant in part to compensate for the weakness of individual Asean members conducting bilaterals with China). But the worst thing Yasay said in the interview amounted to a dismemberment of the Philippines. “It’s my understanding that in the long course of history, Scarborough Shoal has been the traditional fishing grounds not only for Filipinos but also Vietnamese, Chinese. We can continue with this arrangement.” Two days after the interview, Yasay issued a clarification (I did not, in fact, hear this radio interview; I have only read reports of it). He said Scarborough Shoal, which is only about 120 miles west of Zambales province, “continues to be [in] international waters.”

I can imagine President Duterte or the many able lawyers who surround him issuing a forthright rejoinder: Whatever Yasay will do can never be treason, because his objective, and that of the administration’s, is precisely to avoid war with China. No one wants to go to war; that’s what diplomacy and international law are for, to assert our rights and our claims without recourse to violence. It is unfortunate that, even before he starts, Yasay has surrender on his mind.