To guard the vote 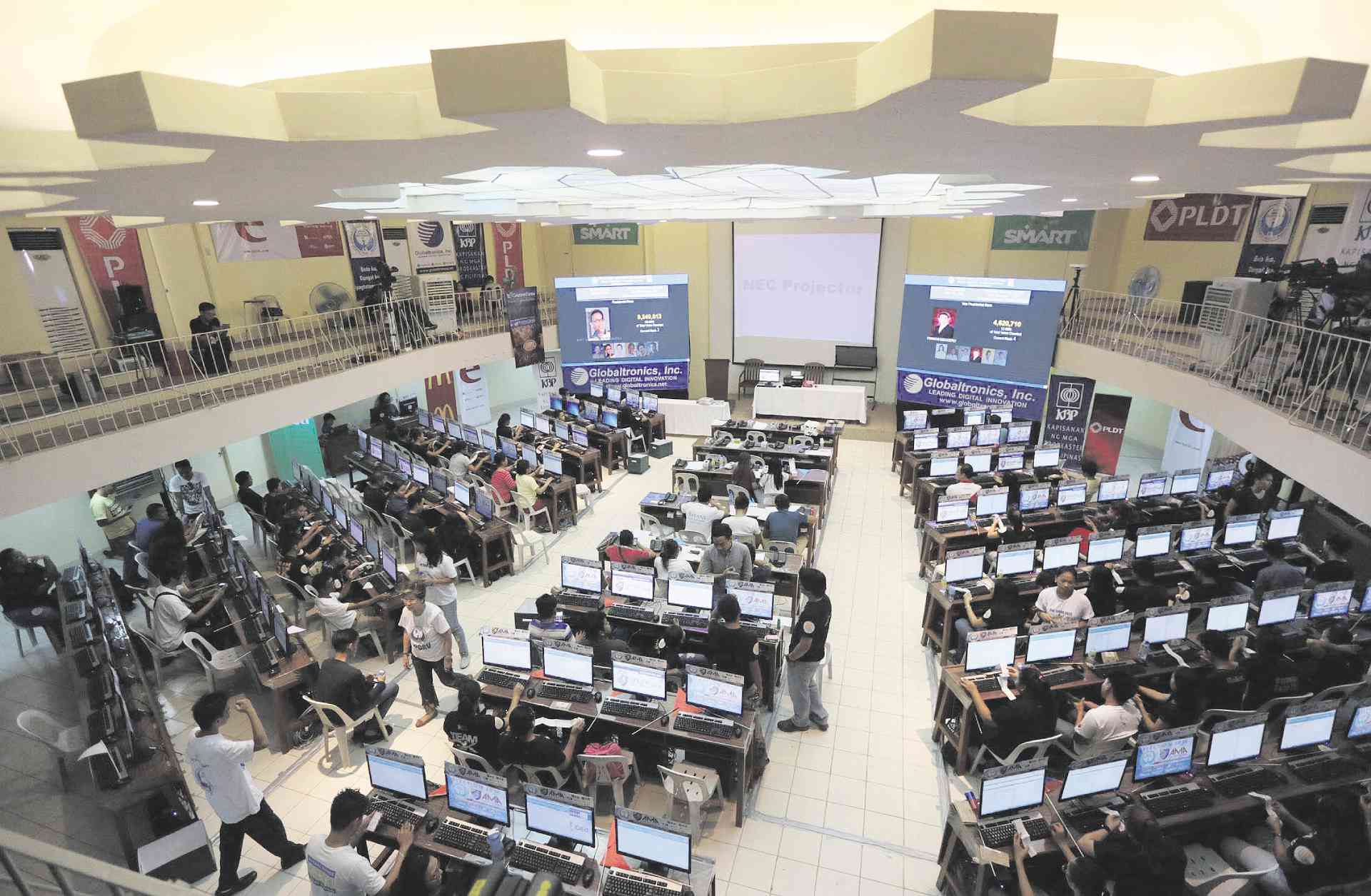 QUICK COUNT AT PPCRV COMMAND CENTER In the unofficial quick count by the Parish Pastoral Council for Responsible Voting (PPCRV), Leni Robredo is ahead of Bongbong Marcos in the vice presidential
race by more than 200,000 votes, with 96.14 percent of election returns counted. GRIG C. MONTEGRANDE

Let us now train the spotlight on the Parish Pastoral Council for Responsible Voting, which, in the words of its chair Henrietta de Villa, approached its vision of clean, honest and accurate elections with a sense of mission and much faith.

In 1991, after the “untruths and half-truths” of the electoral exercises during the martial law era, Jaime Cardinal Sin and Haydee Yorac set about planning a systematic community movement against fraud in the 1992 presidential election, the first under a democratic regime. “The two giants of happy memory” believed that the only credible institution that could ensure a fraud-free election was the Catholic Church, recounted De Villa. “Our response to God’s call: Whom shall I send to restore the defaced Philippine elections in Christ? … was loud and clear. The PPCRV response then and now was: Here we are, Lord… Send us!”

On Oct. 19, 1991, the PPCRV was “born to help change, through the elections, the way politics is lived and practiced in our country as corrupted and corrupting,” recalled De Villa, a former ambassador to the Vatican. The volunteers who enlisted were “lowly pastoral Church workers” who saw how elections had “progressively evolved as elitist, exclusive and very expensive, run by political dynasties and private armies.”

The PPCRV was accredited by the Commission on Elections as a citizen arm for voters’ education in February 1992. It started with five districts in Manila in 1991 and has since kept tabs on 28 elections, including the latest, which De Villa described as easily among the most divisive in recent history.

Its volunteers, 700,000 for the latest electoral exercise, fanned out countrywide to educate the public on automated voting, and to conduct the unofficial parallel count that has become the media’s credible go-to source.

Welcoming the digital age, the PPCRV launched its One Good Vote program to educate voters and at the same time crowdsource poll-related incident reports. Its mobile phone app featured the profiles and platforms of the candidates for president and vice president, and was used to rate each contender. Volunteers used its SIM cards to communicate information and feedback from the field.

But for all these, conducting the parallel count remained an arduous task. As in past elections, the volunteers had to fend off strident charges of bias, fraud and vote manipulation from losing candidates and supporters. Fatigue was a constant challenge for those who encoded the figures emerging from the transparency server 24/7, lest delays in transmission open them to charges of cheating.

Election duty in fact proved fatal for a PPCRV volunteer in Pagadian City. Eda Delia Olmida was on her way to deliver election returns to a freight company at around 4 a.m. on May 10 when she was waylaid and killed. Her teenage daughter was hurt, but survived the ambush.

Another volunteer suffered multiple cuts when a disgruntled political supporter threw pointed objects that hit her in the head. Her injuries required surgery.

Nevertheless, the PPCRV performed its task with calm and sobriety. Amid threat, pressure and harassment from candidates and partisans, the volunteers—aged 8 to 80, some of them entire families—hunkered down and focused on encoding the data, updating the count on the video wall, and making sure the count was accurate.

The sheer number of volunteers became a literal translation of how, as De Villa put it, “democracy means the rule of the people.”

By assisting the Comelec in doing its job well and building up the credibility of the elections, the PPCRV and its volunteers safeguarded the sanctity of the vote by making sure that the people’s choices prevailed.

Technology—such as vote-counting machines and transparency servers—has reduced the space for electoral fraud by speeding up the process of tallying votes. But De Villa acknowledged that technology can do only so much: “It is a powerful tool that can facilitate change, but it is only the people—with our individual and collective will—who can transform realities.”

In the thick of the count, as volunteers trooped to the PPCRV Command Center at Pope Pius Center in Manila to work the unofficial count’s three shifts, and as resources poured in from various sources, De Villa described the phenomenon as an updated form of people power. Call it also principled participation, a determined community effort in the bruising challenge just past.