While we were sleeping | Inquirer Opinion
Close
menu
search

While we were sleeping 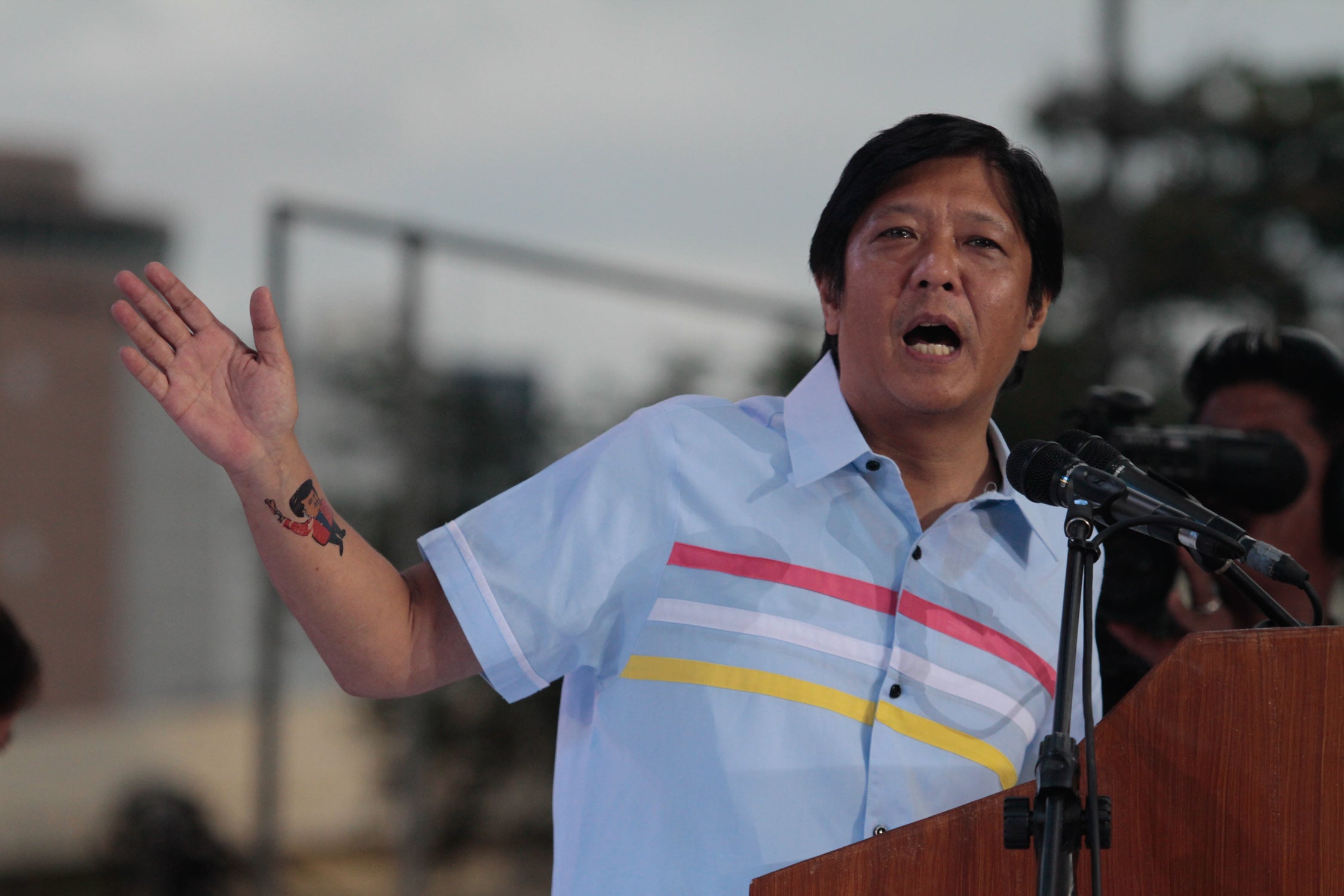 God help us, is now an oft-repeated refrain.

The emergence of Ferdinand Marcos Jr., the late dictator’s only son and namesake, as a front-runner in the vice presidential race has caught many by surprise. Or should it? It shocks and worries those who suffered during Marcos Sr.’s 14-year dictatorial rule and those who continue to suffer the aftermath of those dark martial law years. Loss of loved ones, properties, livelihood and the personal trauma of those who survived have not been erased by the decades that have passed.

Recognition of the victims’ bravery in the struggle against dictatorial rule through the soon-to-be-built Freedom Memorial (museum, library and archives) and the forthcoming compensation for survivors and the families of those who perished, both mandated by Republic Act No. 10368, will serve as grim reminders that, indeed, there were people who suffered. That, indeed, there were heroes and martyrs as there were tyrants and despots. That, indeed, there exists the Marcoses’ ill-gotten wealth.  The compensation (P10 billion) comes mainly from a Marcos stash in Swiss banks that the Swiss government returned. But there’s more out there to be discovered.

Alas, during these past three decades after the Marcos dictatorship came crashing down, many of those who made this happen, the militant sector in particular, became preoccupied with demonizing the succeeding governments. They were busy trying to get their ideological agenda across. They laid aside—conveniently or purposefully—the Marcos past while claiming their portion from the ruins and pushing forward their political plans.

I am referring to the militant, ideological Left that continues to espouse a protracted class war and a bloody insurgency in the countryside while having one foot in the electoral process. But to give credit where credit is due, the leftist militants were the ones who had a sustained, protracted struggle against the Marcos dictatorship that, alas, was overtaken by the 1986 People Power uprising and military putsch (so-called Edsa I) that brought down the Marcos dictatorship.

The militants who had broken away from their hard-core comrades sought alternative ways to serve, but in the din of clashing political views and strategies, were often outshouted by their former comrades. Those who took the mainstream path of service—via academe, business, civil society, media, politics, church—became preoccupied with their particular concerns. Who was guarding the fort?

The Marcoses slowly and stealthily found inroads and, in no time, were back in the country, claiming back their lost territories that would again be their stepping stones to power.

Again the blame-throwing. Why is the story about the Marcos dictatorship not in the history books being used in schools? Who were supposed to have been the repository and guardians of these dark memories? Was everybody so busy moving on?

And so, to borrow the title of a movie, while we were sleeping … something was going on. In street-corner journalese, nakatulog sa pansitan. Which reminds me of the Bible parable about those who were supposed to keep vigil with their lamps but were caught sleeping when the bridegroom came, except that in our case, there was no bridegroom to be expected but a bunch of despoilers to be prevented from regaining foothold.

In fairness, there were groups and individuals that kept the candle of memory trimmed and lit for heroism and sacrifice to be kept alive, among them, the Bantayog ng mga Bayani Foundation, the human rights groups, the writers who wrote books, the walking, living survivors who shared their experiences with the young.

And if I may tap ourselves on the back, the journalists and other media workers (documentarists, filmmakers, theater denizens) who did their part to impart. Year in and year out, during special dates, we at the Inquirer would come out with articles on the heroic struggles during those dark years to remind, remember, honor and be thankful for regained freedoms.

But there had been little institutional or governmental assist to perpetuate the memory through education, not only of the heroes and martyrs, but also of a dark chapter that should never happen again. Sure, there is the Presidential Commission on Good Government’s (PCGG) recovering some Marcos wealth. It is to be commended for belatedly showing to the public the enormity of what had been recovered (Imelda Marcos’ jewelry collection, among them). But there is so much more out there, among them, the hundreds of artworks that are in the millions of dollars each. (We wrote a series on these masterpieces last year.)

It is in the area of collective memory that there might have been a blip. Not because of some psychogenic amnesia or selective forgetting of the pain, but simply because of neglect and complacency.

And so the cramming. How to prevent Marcos Jr. from becoming vice president, a post perhaps not as powerful as that of a Senate president or House speaker, but it is a sneeze away from the presidency.

I dug up my files (digital and hard copy) of almost 30 years and, yes, sometime in 1987, the year after the Marcoses fled and Cory Aquino became president, there were efforts in the academe to incorporate human rights awareness in the curriculum. Those who had witnessed and experienced human rights violations during the Marcos military dictatorship, those in the academe especially, wanted human rights to become a byword in early education. I did a Sunday Inquirer Magazine story on this (“Is there a human rights teacher in the schoolhouse?” 6/14/1987).

Whatever happened to it?

I am trying to put together a list of books (now in the hundreds) on the dreadful martial law years. You can help by sending me the image of the cover, author, description of the book, date of publication and publisher. I hope to make a blog site of it. Any suggestion for a blog site name?