THE DECISION of the Supreme Court last December to simultaneously ban the field testing of Bt talong and nullify the existing government biosafety guidelines has dire implications for scientific progress, and thus, economic development and welfare, raising very serious concerns in the scientific community.

Leading Filipino experts in biotechnology, microbiology, biochemistry and other related fields both in the country and abroad have come together to inform the public and to vouch for the safety of Bt talong and its testing procedures.

The hope is that with the unsubstantiated fears allayed, the discussion may move on to its implications for food security, economic development and poverty alleviation—issues that have been at the very heart of scientific motivation for the research and development on Bt talong and other genetically modified products of biotechnology.

What exactly is Bt talong? “Bt talong is a special variety of eggplant, given that it is capable of making a bacterial protein that resists the fruit and shoot borer, a destructive insect pest … This protective protein is derived from Bacillus thuringiensis (hence the Bt in Bt talong), which occurs naturally in soil and is commonly used as a biological pesticide,” says Lawrence L. Ilag, Ph.D., an independent consultant on biotechnology and intellectual property matters.

Bt talong, developed by the Institute of Plant Breeding at the University of the Philippines Los Baños (UPLB), has undergone extensive and rigorous research with particular attention paid to risk procedures and assessments to ensure its safety and utility.

Cynthia T. Hedreyda, Ph.D., of the National Institute of Molecular Biology and Biotechnology in UP Diliman says Bt talong “involves exactly the same procedures, the same principle … by previously approved and currently used genetically modified corn, cotton and soybean, which are already planted worldwide and approved in the country.”

Bt talong is certainly no Frankenstein. The fear that Bt talong is unsafe in any way is thoroughly unfounded. Asuncion K. Raymundo, Ph.D., professor emeritus in microbiology at UPLB, says the root of the fears regarding Bt talong is planted on speculations regarding its health and environmental consequences, which antibiotechnology groups argue “more often without concrete evidence.”

In contrast, biotechnology advocates deal with facts and figures. Leodevico L. Ilag, Ph.D., honorary principal fellow at the Bio21 Molecular Science and Biotechnology Institute at the University of Melbourne, affirms that a method of genetic engineering called “transduction” or the natural transfer of genes between species has occurred in nature since life began and that “[n]ature has built-in mechanisms for limiting gene transfer. The idea of a Frankenstein plant arising from Bt talong is best entertained as science fiction. 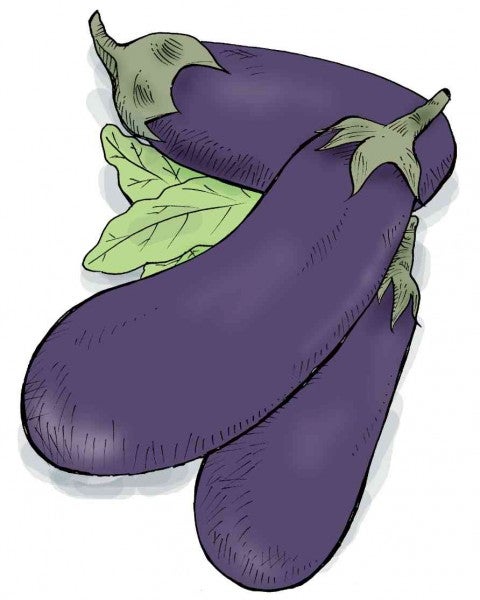 Thus, Bt talong is not a threat to the natural balance and healthful ecology and does not constitute an “ecological imbalancing act.” Indeed, “precise plant breeding” is the mundane phrase used by Ben de Lumen, Ph.D., professor emeritus at the University of California Berkeley, and founder and CEO of Narra Biosciences, to refer to genetic engineering.

It [provides] an alternative to toxic chemicals currently being used.

Its testing is within current contained regulations.

There is no irresponsible release of Bt talong.

It is safe as already proven by tests in other countries and must be allowed to be tested locally.

If indeed stricter rules of testing are needed, these are already being readied.

In contrast, farming the ordinary eggplant requires the use of harmful pesticides to reduce the incidence of crop loss due to pests. Continuous exposure to these highly toxic chemicals can cause significant health risks to eggplant farmers. Agnes C. Rola, Ph.D., UPLB professor and National Academy of Science and Technology academician, citing the results of several studies, relates: “In a study in Sta. Maria Pangasinan, 92 percent of farmer respondents had experienced pesticide spills on their body during application, 65 percent while spraying and 62 percent while mixing pesticides (Lu, 2014).

“In a related study by [S.R.] Francisco (2014), about 46 percent of eggplant farmer-respondents were reported to have experienced sickness after pesticide application, including dizziness, shortness of breath, loose bowel movement and itchiness, which revealed substantial farmer health costs, similar to findings among rice farmers. Studies on chronic pesticide exposure by farmers also found [to have] more serious ailments such as lung and cardiac diseases (Rola and Pingali 1993).

Equally important, Bt talong farming procedures afford better health and nutrition for eggplant consumers. Carlito B. Lebrilla, Ph.D., distinguished professor of chemistry and biochemistry at the University of California, Davis, talks about the health benefits of plant genetic modification. “Many examples of food created this way have been shown to be safer, [as they are grown] using less fertilizer and less pesticide,” he says.

Contrast this with the alternative. “Studies showed that consumers are subject to higher chemical residue in eggplant due to too much use of highly toxic chemicals to prevent the fruit and shoot borer and avoid crop losses,” Rola says.

Indeed, Bt talong has long been produced and tested in other developing countries such as India and Bangladesh. Since 2014, consumption of Bt brinjal, the Bangla name of Bt talong, has been allowed in Bangladesh with no substantiated adverse effects to either human health or the environment.

The fear that Bt talong might disrupt the natural ecological balance is also ungrounded. In contrast, pesticides used in farming the ordinary eggplant indiscriminately kill even potentially beneficial organisms and pollute the farm environment.

According to Rola, eggplant farmers who were interviewed in a study conducted by J. Lu in Sta. Maria, Pangasinan testified that “pesticides have a negative effect on beneficial insects and farm animals, again similar to the effects on fishes in the paddy ecosystem.”

As Avelino D. Raymundo, Ph.D., professor emeritus at UPLB, also confirms that “nontarget pests become collateral casualties while the immediate environment becomes less conducive to human health.” Indeed, these pesticides leave harmful residues in the soil that exceed the minimum levels set by the European Commission and the US Environmental Protection Agency, endangering both health and environmental safety.

Given these health and environmental safety assurances, we can focus on the economic and welfare merits of the issue, as the ban on Bt talong and the testing of other genetically modified agricultural and even pharmaceutical products have far-reaching spillover effects on issues involving farmer productivity, food security and poverty reduction.

Bt talong farming has the potential to reduce high poverty incidence among eggplant farmers by increasing their profits through increased farmer productivity and reduced expenditures on pesticides.

Indeed, a study conducted by Francisco on the health and environmental impact of Bt talong reports that eggplant crop damage due to fruit and shoot borers has become more severe over time in 100 eggplant farms in four provinces in the Philippines: Both the average eggplant yield was lower and the average yield loss was higher than the corresponding official national statistics in the preceding five years.

In contrast, the US Agency for International Development reports that Bt eggplant researchers estimate crop yield increases of 30 to 45 percent. Moreover, Francisco estimates that expenditure on pesticides of eggplant farmers amounted to about P28,000 per hectare, which comprises 29 percent of total production costs. No wonder that “eggplant laced with pesticides” (as Rola refers to it) is priced so dearly at about P70 per kilo!

Juxtapose the Bangladesh experience with Bt brinjal, which reports a 70 to 90 percent reduction in pesticide use, according to a UPLB study. By increasing crop yield and reducing costs, the study by Francisco, C. Aragon-Chiang and G. Norton on the poverty and nutrition impact of Bt talong asserts that the adoption of Bt talong technology can potentially substantially reduce poverty incidence among farmers adopting the technology.

Accordingly, Bt talong strikes at the very heart of food insecurity, which centers on the twin aspects of availability and affordability. The dismal Malthusian prediction that population will sooner or later outstrip food supply, and lead to global deprivation and starvation has been staved off by developments in agriculture and biotechnology.

Bt talong is not without precedent. The International Rice and Research Institute’s genetically modified “miracle rice” was not without its vehement detractors in the Philippines in 1966. Yet, it was introduced in the market, and has resulted in huge unprecedented increases in productivity and has been instrumental in preventing the starvation of millions in Asia. Hence, the “miracle” in the name.

Bt talong has similar potential. The prospective significant increases in crop yield, and thus, the supply of eggplant in the market and the expected reduction-in-cost pass-on to consumers from the reduction or even complete eradication of the need for costly pesticides can go a long way toward making nutritious eggplant—rich in fiber, vitamins, minerals and antioxidants—more affordable and accessible to the poor.

The ban on Bt talong does not only derail the progress of biotechnology in the Philippines but also puts a hindrance to the wheels of economic progress and development.

O. Manuel Uy, Ph.D., principal scientist at Johns Hopkins University of Applied Physics Laboratory, sees the ban as a message that the “Philippines is antiscience” and that this “will drive many of our aspiring scientists and engineers away from the country, as well as drive away many high-technology agricultural companies from the Philippines.”

Indeed, in a news article, biotechnology students of UPLB expressed essentially the same apprehension. They fear that the Supreme Court ruling would result in adverse cascading effects. The ruling would delay existing research not just on Bt talong but also on other biotechnology products, such as golden rice, virus-resistant papaya and Bt cotton. They warn that the delay may lead to lost research grant opportunities, which, together with the lack of institutional and legal support, may lead to the brain drain of biotechnology graduates and discourage prospective students from specializing in biotechnology and other related fields, ultimately further hampering the already sluggish growth of the agricultural sector.

Furthermore, these Filipino scientists are one in their misgiving regarding the implicit public message conveyed by the Supreme Court ruling and this is clearly articulated in the statement of Baltazar Aguda, Ph.D, Disease Pathways in Maryland that the ruling sends the wrong message to the public that fear of the unknown trumps thorough scientific enquiry.

“We have developed tools of modeling, prediction and control of our environment in spite of its complexity and in the uncertainties in the consequences of our activities—think of the ever increasing accuracy of weather forecasting at both local and global scales, of increasingly coordinated efforts of governments to reverse disastrous trends of global climate change, of advances in biotechnology to eradicate disease and increase food security,” Aguda says.

In thriving democracies such as the Philippines, the preservation of freedom of consumer choice is crucial. Such freedom can be maintained only through proper public information without censure.

With the proper biosafety standards and regulations securely in place, the verdict on Bt talong and other similar biotechnology offshoots should be left in the hands of consumers—consumers readily armed with the proper information. After all, hunger and poverty are quite personal. The maxim, caveat emptor (let the buyer beware), should suffice.