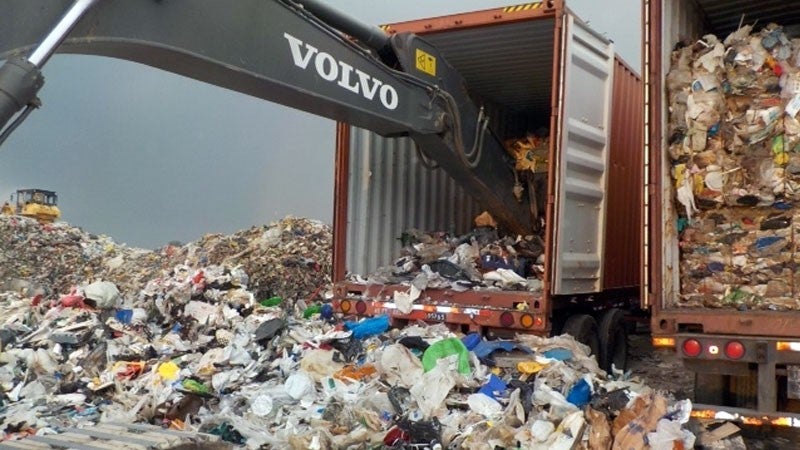 How has it come to this? The containers of trash from Canada are still decaying on our shores after all these years, some dumped in Tarlac and some moved to Subic, and perversely sitting there all of six months after Subic officials demanded that the Bureau of Customs (BOC) remove them. It’s unbelievable that this situation has gone on as long as it has.

To refresh the collective memory, a total of 103 containers arrived in the Philippines in 10 batches between 2013 and 2014, sent by a company called Chronic Inc. from Ontario, Canada, and identified as “scrap plastic materials for recycling.” But when the BOC inspected the containers, it was revealed that they were holding waste, including soiled diapers and household refuse.

That’s a clear violation of the Basel Convention, an international agreement signed by 180 countries—the Philippines and Canada included—that bans the dumping of hazardous material by wealthy countries on poorer countries, and a violation as well of the Toxic Substances and Hazardous Wastes Control Act of 1990. But the Canadian government refused to take back the containers even when Philippine civil society groups made such a demand, and more than 10,000 Canadians signed a Change.org petition calling on their government to do the right thing.

Some of the containers were transported from the Port of Manila last June and emptied into a private landfill in Capas, Tarlac, an action that moved the Tarlac provincial board to pass two resolutions banning the transport of foreign waste anywhere in the province. Some made up over 700 freight boxes moved to Subic Bay Freeport in the course of unclogging the choked Port of Manila.

FEATURED STORIES
OPINION
Duterte is the weakest link
OPINION
PH’s Duterte vs SG’s Lee: A world of contrasts
OPINION
If you must go to the bank or grocery…

In July, Subic Bay Metropolitan Authority Chair Roberto Garcia asked the BOC to remove the 15 containers of trash it had transported there. Half a year later, nothing has budged. “I met [Customs Commissioner Alberto] Lina recently and he told me that his hands were tied. So apparently in that case, nobody wants to take action,” Garcia was quoted as saying in a report. “Unfortunately, the trash is still here and it remains our problem. I’ve been asking the BOC to take it out [of the free port] because I don’t want it here.”

Not even the new Canadian prime minister, Justin Trudeau, who sparked hope that he would deviate from the ways of his predecessor, is minded to take the garbage back. Trudeau and President Aquino held bilateral talks on the sidelines of the Asia-Pacific Economic Cooperation summit held late last year in Manila. When asked about the overstaying garbage at a press briefing, Trudeau said his administration was looking at a “Canadian solution”—whatever that was—and into new laws that would prevent such an incident from happening again.

This was what the “Apec hottie” said: “I have obviously been made aware of this situation and told that there is a Canadian solution in the process of being developed. And at the same time, this has exposed a problem that needs fixing within our own legislation. I think going forward, we need to ensure that if a situation like this were to arise once again, the Canadian government will have more power to actually demand action from the companies responsible. If there were loopholes [that were] allowed to be skirted, we have to close [them].”

No promise of immediate action there. And no apology either from a country known to be among the most environment-friendly in the world.

The Inquirer has harped on this literally festering issue time and again. The EcoWaste Coalition and other civil society groups have bombarded the Philippine government with calls to take a decisive stand on the matter. In a statement, EcoWaste Coalition vice president Rene Pineda said: “With his presidency about to end on June 30, we urge [President] Aquino to put this dumping scandal that has infuriated the Filipino nation to [a just] conclusion.”

Meanwhile, as the election season heats up, we’re stuck with the same old garbage. If Canada doesn’t take back its stinking, leaking trash, who’s going to take it off our hands? The ball is literally still in the Philippines’ court. The President’s people should do something to save his legacy, if he’s too busy to save it himself.

PH’s Duterte vs SG’s Lee: A world of contrasts