‘Only P-Noy can resolve issues’ 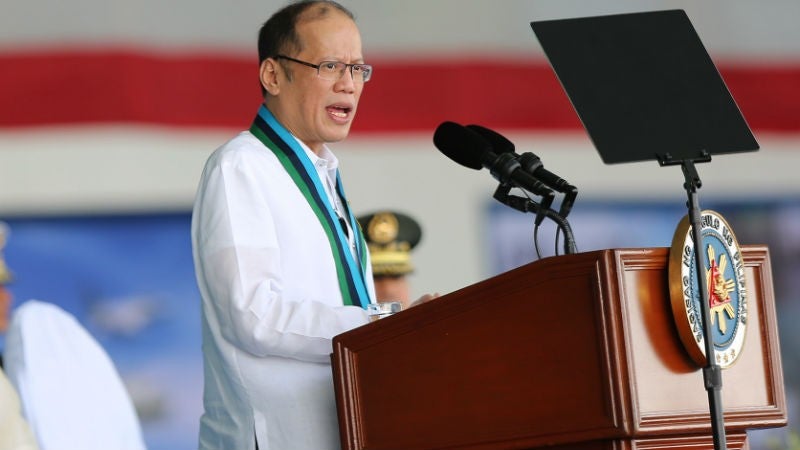 So, the Bureau of Treasury issued P35 billion worth of 10-year Poverty Eradication and Alleviation Certificate (PEACe) bonds at zero interest, tax-free, to allow CODE NGO to sell on the secondary market for profit and attract investors.

In 2004, however, the Bureau of Internal Revenue (BIR) reversed itself and held that the issuance of government debt instruments and securities should be deemed “deposit substitutes,” meaning interest income subject to the 20-percent final withholding tax.

The BIR reaffirmed this ruling on Oct. 7, 2011, and asked the Bureau of Treasury to withhold the P4.9-billion applicable tax from the bonds. On Oct. 19, the Supreme Court issued a restraining order against the BIR ruling.

In March this year, the court nullified the BIR ruling and the bonds were declared tax-free as promised, but the damage has been done. It put into question government’s adherence to its word.

As to Philippine International Air Terminals Co. Inc. (Piatco), that’s an incredibly easy one. The government and Piatco fought it out in court for more than a decade.

In August 2013, the Court of Appeals ruled that the government should pay Piatco (which includes the German giant, Lufthansa) $371 million in just compensation—not an unfair sum. The government has not paid Piatco, and has given no intention it will. Interest accruing on the sum must also be paid.

President Aquino came to power promising to lead a government that would operate cleanly, ethically, morally. And here, his administration has made some gains.

Proof is the Philippines’ improvement in Transparency International’s Corruption Perception Index. It has risen from 139th out of 180 countries (bottom quartile) to 85th out of 175 (upper half of countries surveyed).

Mr. Aquino shouldn’t put this improvement at risk by following in Gloria Macapagal-Arroyo’s footsteps and finding all kinds of excuses to still not pay Piatco, or the many others.

I certainly hope not, but isn’t that the inevitable outcome in a country that lives under rule of law.

Another case involves Thales. The company entered into a partnership with Sumitomo Corp., a consortium that was hired to build and install a new air navigation system, the communication, navigation and surveillance system to ensure planes don’t crash into each other in the sky. The project was undertaken after several air crashes nearly occurred.

The government stopped paying halfway through the project’s implementation which, under the terms of the agreement, meant Sumitomo/Thales had to suspend the work. There was no valid reason for the suspension, and Thales warned the government there would be extra cost.

But the Department of Transportation and Communications wanted to review the contract, signed by the very same DOTC under the present administration. The DOTC could have done the review while the project was being implemented. Instead, eight months was lost before the review started.

The American consultant hired by the DOTC to review the project concluded that the existing system managing air traffic was in such bad shape that it was like “being on a highway in your car with three flat tires and nowhere to go.”

The overall procedure delayed the project by 21 months. A lot of valuable time was lost because of a poor decision by the government that violated the contract. Sumitomo/Thales made claims for those extra costs in accordance with the contract.

But their claims have been ignored despite many demand letters. Not one has been answered. The Japan International Cooperation Agency (Jica) even added its voice to the claims as it had funded the project.

Still, the government didn’t pay even after 18 months after the claims were filed. Sumitomo/Thales is losing money on this project.

Which, on the side, is something else we’ve noticed: The Aquino administration delays obligated payments as long as it possibly can.

This may be financially smart, but disastrous to its reputation. Reputable organizations pay their bills, and pay them on time.

Value-added tax (VAT) refunds to companies that should never have paid them in the first place take years to recover, and interest is not paid. If companies don’t pay their taxes to government on time, they are heavily fined. Why does the Philippine government think it doesn’t have a similar obligation—and suffer a similar fine if it delays payment?

An example is San Roque Power Plant, whose request to the court for a refund of the P483 million it had paid in value-added taxes was denied, for a trifling reason, with finality in October 2013 despite the government’s having promised it as part of the deal to attract investments in an area we desperately need: power.

An article published on a newspaper’s website on Jan. 21, 2015, mentioned that “scores of agitated executives of multinational corporations and representatives of large corporate taxpayers” have been pressing the BIR to promptly release their excess VAT payments “running in the billions.”

The firms said that the BIR “is overzealous in collecting the 12-percent VAT on their transactions but could not replicate the same efficiency in approving tax refund or credit claims, which often takes years.”

Then we come to the Land Transportation Office (LTO). When it comes to sheer incompetence, it would be hard to find a worse example.

Printing vehicle number plates is not exactly rocket science, knowing the cost to do so has been pretty well established with some 180 countries as examples. Yet the LTO under the DOTC has monumentally screwed it up.

And rubbing salt into the wound, the LTO says you cannot drive your car without a number plate, fair enough—but we’re not going to give you a number plate. What’s that expression? Only in the Philippines.

Whoever are responsible for this mess wouldn’t last 10 seconds in any company.

Then there’s the simple plastic card for a driver’s license that can’t be produced on the spot, and you have to wonder where “good governance” comes into the picture.

The Philippines is lagging behind in attracting investment—it’s last among its Asean (Association of Southeast Asian Nations) peers. One of the reasons is policy changes from one administration to the next, or even within an administration. This includes changes in contracts.

To attract investors, contracts must be held sacrosanct—except if corruption can be proved. What can be done is call back the other party to negotiate possible changes in a contract that can only be effected if both parties agree. If it’s unfair, then one should be more careful in future contracts because “unfairness” is judgmental, and cannot be used as a reason to change a legally binding contract.

If a contract is subsequently found to be “disadvantageous to government,” then that’s tough for the government. It should be more careful in concluding future contracts. A contract is a mandated commitment and agreement to meet all the terms.

You can’t change a contract without the agreement of the other party or a valid court order based on findings of genuine illegality.

The President needs to recognize that:

The Philippines gets the lowest foreign direct investment (FDI) in the region, and of that small amount, $6.2 billion in 2014, a miniscule $2 billion is in new ventures, of which only a negligible $209 million was channeled into labor-intensive manufacturing. The bulk of FDIs in 2014 (54 percent or $3.35 billion) was in intercompany borrowings of multinationals already operating in the Philippines.

Enough jobs are not being created. According to Social Weather Stations (SWS), around 11.3 million Filipinos didn’t have a job in the first quarter of 2011, and 11.5 million were likewise jobless as of the first three months of 2014. No improvement.

The country’s dismal record in this area is reflected in the latest World Bank-IFC Doing Business survey in which the Philippines ranked 124th out of 189 economies in terms of enforcing contracts.

In the same global survey, the Philippines received high scores in terms of supply of electricity, getting credit and resolving insolvency. However, the country fared disappointingly in protecting minor investors, paying taxes, dealing with construction permits and enforcing contracts.

The Philippines’ overall ranking in the survey was 95th, trumped by its more competitive and business friendly neighbors Singapore (1st), Malaysia (18th), Thailand (26th), and Vietnam (78th). The Philippines only managed to outrank Indonesia, which placed 114th.

No question all these issues need swift resolution, and only the President can do it. He must order his government to go back to, and adhere to the intent of the original contracts in each case.

He must prove his government sticks to its word, and honors its commitments. It would be disappointing if he leaves office with such a poor record hanging over him.

‘This gov’t does not honor contracts’