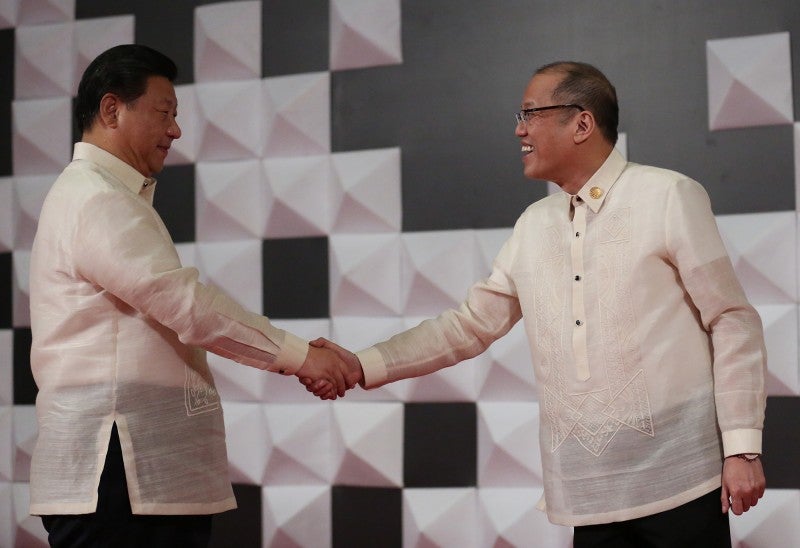 Like a good Filipino host, President Aquino avoided mentioning any topic that might upset his guests, including Chinese President Xi Jinping, during the Asia-Pacific Economic Cooperation Leaders’ Meeting last week. The promise of a no-mention policy was part of the intricate diplomatic dance that allowed Xi, the most powerful Chinese leader in decades, to visit the Philippines despite the continuing contentiousness over rival maritime claims.

Mr. Aquino made up for lost time, however, when he took part in a series of summits in Kuala Lumpur the following weekend. Xi wasn’t in attendance, but Chinese Premier Li Keqiang was, and he got an earful.

On Saturday, at the second summit this year of the 10 leaders of the Association of Southeast Asian Nations, the President contrasted the rules-based consensus-seeking of the Asean way with the unilateral actions of an assertive China.

“We believe that, as a rules-based community, Asean should not allow any country, no matter how powerful, to claim an entire sea as its own and to use force or the threat thereof in asserting such a claim,” he said. Referencing “the sea to the west of my country, which our peoples know by many names,” he criticized China for undermining the regional order.

“As I have stated many times in the past, our collective prosperity requires stability in the region. This has come under threat by unilateral actions such as the massive reclamation and building of structures on features in the Spratly islands, which have urgent and far-reaching implications to the region and the international community,” he said.

And he reiterated the country’s belief that the controversial and effective Philippine case at a United Nations arbitral tribunal was proof of that conviction. “Excellencies, Your Majesty, the Philippines has always adhered to the rule of law, and our decision to resort to arbitration reflects our belief that it is a transparent, friendly, durable, and peaceful dispute settlement mechanism that can bring stability to the region.”

Later, during the so-called Asean + 3 meeting, which allows the Asean community to dialogue with the three largest Asian economies (China, Japan, South Korea), he struck the same note. In Premier Li’s presence, he said: “We are determined to see our arbitration case to its final, legally-binding conclusion, and likewise urge all parties to pursue the establishment of a Code of Conduct in the South China Sea.”

On Sunday, at the East Asia Summit, with five more countries including the United States and Russia joining the Asean + 3 nations, and again with Li listening, President Aquino did not hold his punches.

“It is regrettable that China continues to massively reclaim and build structures in the sea known by many names in total disregard of international law as well as the Declaration on the Conduct of Parties in the South China Sea.” He noted that it was not just the Philippines but “many countries” who were concerned about China’s actions “in one of the world’s most strategic waterways.”

Then he added: “We are hopeful that China would honor its word and respect the rule of law … The world is watching and expects no less from a responsible global leader.”

In high-level diplomacy, it seems, the Ecclesiastes principle also holds: There is a time for everything. In Mr. Aquino’s view, the time was ripe for the Philippines to use the language of unmistakable criticism. Hence, he no longer merely “expressed serious concerns,” but criticized China in forthright terms, and seized every opportunity throughout the weekend to do so.

It was only right. Despite its earlier commitment to enter into a code of conduct with its Asean partners, China has dragged its feet on the negotiations. At the same time, it continues to engage in conduct that calls precisely for such a code to be in place. Mr. Aquino’s vigorous, if still diplomatically couched, criticism, with its implied sanction—“the world is watching”—reminded the Chinese leadership that not everyone consents to be a bully’s victim, not even mild-mannered former hosts.