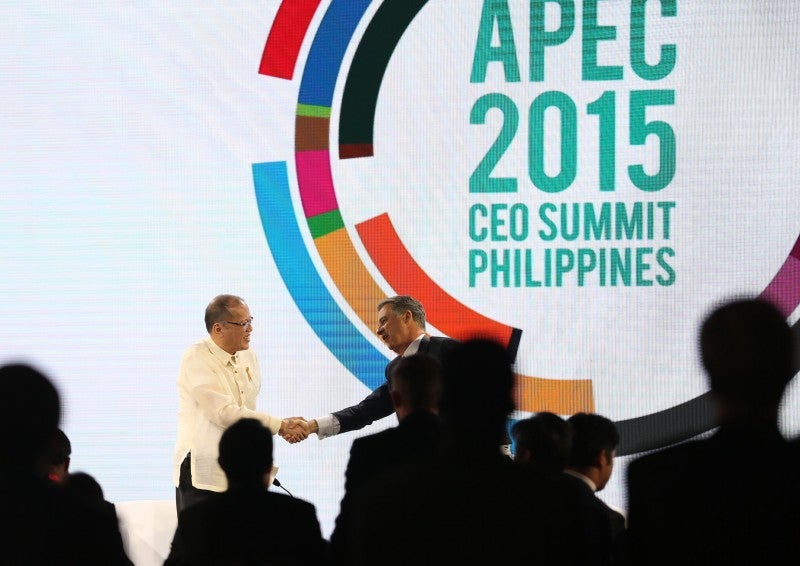 1. As an event, the Asia-Pacific Economic Cooperation (Apec) Annual Economic Leaders’ Meeting 2015 was a cutting-edge technical success with no security hitches—almost with the surgical precision of an intestinal transplant. Of course, like all transplants, it would be at the expense of another person’s intestines—public inconvenience.

Nevertheless, credit is due to Apec National Organizing Council and its chair—Paquito Ochoa whose willpower (aka access to the President), pragmatic worldview (not dogmatism) and managerial savvy worked from the start—they prepared intensely right after 2013 elections. He picked Ambassador Marciano Paynor out of retirement to manage to become director general.

On the security side, there was Director General Ricardo Marquez of the Philippine National Police, who also did the Pope Francis visit and for Albay, he actually did the United Nations World Tourism Organization (UNWTO) and helped us prepare for Apec last year.

On the secretariat side would be one of primary intellectual driving forces of Apec Senior Officials’ Meeting chair Undersecretary Laura del Rosario.

Pride of the moment

2. Converging 21 heads of government plus 1 observer (Colombia) with three second in command of economies accounting for 57 percent of global gross domestic product and 47 percent of global trade in the Philippines with President Aquino as chair and staging it with surgical precision sends a robust signal that the country is “all-in” in the investment competition but given other satisfier/dissatisfier factors, the bigger and more immediate benefit would be on tourism—if only those airports can be finished tomorrow.

Altogether, we gained (regained?) international respect as key player (population: 107 million) in the family of nations even if Islamic State in France took much of the global shine off Apec in Manila. Only those who insisted in getting trapped into the preannounced lockdowns could not feel the pride of the moment when the Philippines led the world (much of it anyway).

It was a good show of a competitive Philippines for at least three days while there is the rest of 365 days and sufficient democratic space for discordant voices to offer alternatives to the mainstream view.

3. TrApec (and the excusionary image it articulates so well) is the biggest negative which could have been managed—one of the images of Apec in Manila is the photo of Apec lane with just a convoy of high-value guests while the regular lane was carmaggedonesque.

The traveling public was not properly informed; given pervasive social media—expectations (consequent perceptions and behavioral pattern) should have been pretty manageable (we miss the media/social media-savvy Metropolitan Manila Development Authority chief Francis Tolentino)

4. But on balance, there were no registered local and senatorial and national candidates all throughout the proceedings. Must have taken mighty exertion to keep them away from the limelight. The bureaucrats connived with the technocrats to completely shut out the politicians.

5. Biggest missed opportunity—for a country known for registering AlDubian world records (37 million in one day)—the social marketing bumper of the event and the Philippines as host was barely harvested.

I missed the official hashtag and I would have hired both Vice Ganda and “Eat Bulaga” to conduct the hashtag campaign with matching photos (since most of the images allowed to the guests were largely sanitized).

6. In substance, well what can you expect from one of the world’s longest running talk show—26 years old which should be midlife crisis for a talk show. The biggest policy contention was between the exclusive US-led Trans-Pacific Partnership (or TPP, which does not include the Philippines and China) and a more inclusive Free Trade Area of the Asia-Pacific (FTAAP), which would have been the natural progression of Apec.

China obviously wants Apec to work on FTAAP and even gave $3 million so the Apec Secretariat can work on it. Given the Philippine political economy (our inability to reform the Constitution) and American politics (Republican-controlled Congress opposed to TPP), we have better chances with FTAAP.

7. There were two stars in the show—the first is Jack Ma of Alibaba (gets $500 billion from saying “open sesame”). He said it for all of us that except for China, Apec is good only for big business but not for small and medium enterprises (SMEs) and certainly not for ordinary people, which actually made the Philippine choice of theme most apropos.

He said trade is more than products, it is about values—in China he said trade made SMEs more viable, therefore kept economic growth more inclusive.

Moreover, he touched on what the world should have done all along and that would have benefited the developing countries—the World Trade Organization (WTO) Doha Round, which I always said is better for Philippine development—reducing poverty and reducing inequality—than all the aid and all the fragmented free trade agreements (FTAs) e.g. Association of Southeast Asian Nations (Asean)-China FTA and economic partnership accords e.g. Japan-Philippines Economic Partnership Agreement (Jpepa) combined. He said renaming Doha as WTO 2.0 or e-WTO might be way to sell it.

8. The other star, of course, is US President Barack Obama for three things:

a. Pushing for a climate treaty in Paris, two weeks from now, and talking about private initiatives worth $170 billion in the US since Congress is not doing its share.

Moreso, he specifically mentioned the role of the Green Climate Fund in the process of funding mitigation effort and adaptation of developing countries. Although, as far as I heard, the $3 billion initial contribution is hardly moving in Congress as well, or unlikely to be approved.

b. Doubling down on US support to Philippine position in the West Philippine Sea dispute with a symbolic visit to BRP Gregorio del Pilar (bought from the US) and making specific commitments to donate additional maritime resources (two ships) worth $270 million.

At same, speaking for the Philippines who played as good host to entice Chinese President Xi Jinping, Obama asked for a stop in reclamation and militarization of the West Philippine Sea.

Cost in billions worth it

c. The third is of course the most apparent—Obama playing moderator to Jack Ma and Filipino engineer Aisa Mijeno. And getting Ma to confirm Microsoft-Alibaba consortium for environment/climate change.

9. The P10 billion actual expenses, the trAPEC and P2 billion worth of flight cancellations and P15.7 billion three-day loss of the National Capital Region output net of 60 percent clawback portion (inventory adjustments and overtime) for a total economic cost of P28 billion were worth it in terms of marketing values and the yields are yet to flow and it is for us in Albay to catch part of it.

Sadly, Mayon Volcano was only periodically flashed in few seconds in the international media center and was not even named and located (how the hell would these 4,500 first-time visitors know).

As far as the design is concerned, well, just answer this: What is the most overwhelming, most symmetrical and most beautiful God-given natural wonder of the Philippines, projecting a grandiosity of endowments which no other country on earth could replicate? Talking of inclusion—sa event design pa lang walang ng inclusion, ano pa kaya sa implementation. Awenda. Hahaha. Beast mode lang for a change. Constant kindness pa din, baka sa sunod, mafeature na tayo, Apec will return to the Philippines in 21 years.

10. All’s well that ends well which for ordinary mortals, also means trAPEC ends. I am also putting my Cobonpue on eBay in protest.