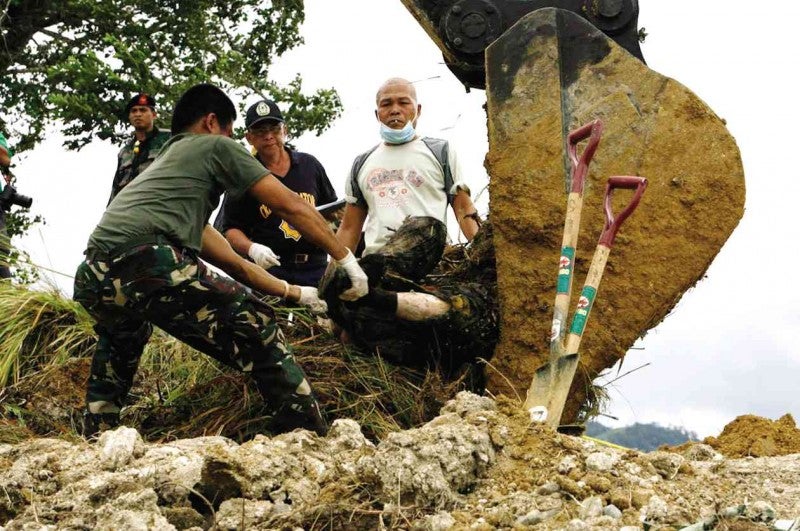 “Journalism in the Shadow of Impunity” should have been the title of this article but this was already the title of Kaitlin Owens’ study in 2014 of the sorry state of the press in Honduras. Much as I would have wanted to use “The Wages of Impunity,” I cannot do so because KG Kannabiran wrote a book with this title as early as 2004 when he analyzed the human rights situation in India.

If there is a lesson that can be drawn from my ongoing research, it is that impunity is everywhere. However, I find it surprising that it is not currently the focus of journalism studies worldwide. A draft chapter of my dissertation already has more than 100 references on journalism and impunity and I expect this number to grow as I work on the other chapters, but there are still very few academic and journalistic works worldwide that provide in-depth analyses of the impact of the culture of impunity on journalism practice.

Even if leading global journalism studies scholars like Denis McQuail, David Weaver, Lars Willnat, Karin Wahl-Jorgensen, Thomas Hanitzsch and Martin Löffeholz  have published seminal books on global journalism, there is little or no discussion of impunity in their works. (Disclosure: Dr. Löffeholz is research supervisor of the dissertation I am writing.) In fact, the word impunity and other related topics like media killings do not even appear in the indices of recent works like “Journalism and Society” (2013) by McQuail and “The Global Journalist” in the 21st century (2012) edited by Weaver and Willnat.

The same case applies to the not-so-recent “The Handbook of Journalism Studies” (2009) edited by Wahl-Jorgensen and Hanitzsch and “Global Journalism Research” (2008) edited by Löffeholz and Weaver.

Such a research gap in relation to impunity and journalism may be gleaned from a journal article by Löffeholz and Liane Rothenberger titled “Eclectic continuum, distinct discipline or subdomain of communication studies?: Theoretical considerations and empirical findings on the disciplinarity, multidisciplinarity and transdisciplinarity of journalism studies” (2011).

Löffeholz and Rothenberger wrote that journalism researchers were “interested in a variety of topics” but the culture of impunity was not one of them.

That’s not to say that journalism scholars are unaware of the various forms of harassment and intimidation journalists face every day. For example, McQuail noted the existence of social problems that affect journalism practice, hence his argument that journalism “cannot cope with extreme insecurity and often violence, which result in self-censorship at best.”

He also acknowledged the existence of “rebellious communication” which refers to the media “that pursue emancipatory and political ends in situations of oppression.”

Be that as it may, “Crimes and Unpunishment” (2012), a book  published in the Philippines and edited by Florangel Braid, Crispin Maslog and Ramon Tuazon, confirmed the “dearth of scholarly literature” on the culture of impunity, recommending that, among others, more research be conducted “with an anthropological and sociological analysis of the culture of impunity focusing on social networks and relationships.”

The prevailing attitude in academia is symptomatic of the perceived public apathy toward the plight of journalists worldwide who are threatened, sued or even killed in the line of duty. The indifference is alarming to say the least given the audacity in which the perpetrators are “getting away with murder,” to use the title of the October 2015 study of the global impunity index by the US-based Committee to Protect Journalists (CPJ).

In that index, the Philippines was ranked fourth worst offender after Somalia, Iraq and Syria. (See Table 1.) The CPJ noted that the Philippines “remains the only country within the top five impunity offenders not engulfed by conflict and acute political instability” (though one may also argue the existence of a chronic crisis in Philippine society).

Nevertheless, I strongly disagree with Communications Secretary Herminio Coloma’s framing on Oct. 9 of “the continuing stigma on the country’s culture of impunity” being a result of the Ampatuan massacre on Nov. 23, 2009 (or before the Aquino administration took over). Coloma failed to mention that even if the data on the Ampatuan massacre were excluded, the Philippines would still end up in the top 10 of CPJ’s Global Impunity Index.

The Philippines’ 2015 CPJ impunity rating of 0.444 is computed by dividing the 44 unsolved killings from September 2005 to August 2015 by 99.1 (population in millions). The CPJ’s 2009 database showed 30 journalists killed in the Ampatuan massacre (the other two were classified as media workers, hence the exclusion). The Philippines therefore still gets a rating of 0.1413 (i.e., 14 killings divided by 99.1 population in millions), putting the country four notches down to eighth place between Mexico and Pakistan, which have ratings of 0.152 and 0.119, respectively.

What Coloma also ignored was the fact that the CPJ listed seven work-related killings of Filipino journalists from 2011 to 2014, well within the term of President Aquino. The Philippine-based Center for Media Freedom and Responsibility, on the other hand, currently pegs the number of journalists and media workers killed in the line of duty under the Aquino administration at 30.

This index was based on a study of 59 countries “con la información disponible más cercana a 2012, pero no anterior a 2010 (with available information closer to 2012, but not before 2010; translation mine).”

When the International Federation of Journalists launched on Nov. 9 its “annual global campaign to hold world governments and de facto authorities accountable for impunity records for crimes targeting journalists,” it did not come as a surprise that the Philippines and Mexico—both listed in the CPJ and IGI global impunity indices—were two of the four countries identified as the “specific emphasis” of the 2015 campaign.

The month of November has been widely observed as an end-impunity campaign period for two reasons.

First, Nov. 2, 2013 marked the kidnapping and killing of two French journalists, Ghislaine Dupont and Claude Verlon of Radio France Internationale in Kidal, Mali. This led to the proclamation by the United Nations General Assembly (at its 68th session on

Dec. 18, 2013) of Nov. 2 as the International Day to End Impunity for Crimes Against Journalists.

Clearly, the culture of impunity in the Philippines has had a global impact based on the large number of slain journalists and media workers. Even if there are differences in the methodologies of international and local media groups (resulting in the differences of statistical results), it cannot be denied that impunity prevails as work-related killings continue unabated. (See Table 2.)

In his book “Vantage Point” (2014), Luis Teodoro stressed that the killings may be rooted in the culture of impunity. “The culture of impunity—nurtured by the indifference of governments in prosecuting the killing of their perceived enemies as well as of journalists and other troublemakers—is the primary reason why the killings continue … The killing of journalists must thus be seen in the same context of poor and biased law enforcement, based on political expediency, that has become the outstanding hallmark of the Philippine justice system,” Teodoro wrote.

Clearly, any research on impunity necessitates making sense of the statistics on media killings by knowing the facts of the specific cases. Aside from the murder of journalists which has been classified as early as 1990 by Maslog as the highest form of censorship, other forms of harassment and intimidation must also be assessed.

As journalists and academics strive to ferret out the truth, factual accuracy cannot be enough as it is equally important to achieve contextual accuracy in shaping public opinion. To make sense of the seemingly senseless audacity that characterizes impunity, the most relevant and up-to-date data on human rights violations, particularly on extrajudicial killings and disappearances, should be deeply analyzed.

In doing so, one would validate with the latest empirical evidence the fact that the killings of journalists and media workers are a reflection of an even larger crisis besetting society, and that the powers-that-be’s tendency to blame the high number of media killings to the Ampatuan massacre six years ago only shows their intention to project an illusion of social normalcy amid the political audacity.

In the process, they continue to perpetuate the status quo, which no less than the United Nations has denounced as the “vicious cycle of impunity.”

The fluidity of the situation in the Philippines makes it challenging to write about impunity. As this is being written, for example, there is a report from Karapatan-Caraga that 53-year-old Orlando “Lito” Raboca, a member of Kamass (a local peasant organization) was killed on Nov. 12 at
4 a.m. in Hagimitan P-5, Barangay Bolhoon, San Miguel, Surigao del Sur, in his house by around 30 armed men wearing bonnets and  armed with M16 rifles.

Karapatan-Caraga said that the armed men then ransacked the nearby sari-sari store and gathered the people in the neighborhood, telling them that they killed Raboca “to stop his support for the NPA [New People’s Army] and threatened [the residents] that they will be back [to] kill more Kamass members.”

To put this case in proper context, it is necessary to know that out of the 294 extrajudicial killings under the Aquino administration (July 2010 to September 2015), 75 were indigenous peoples (of which 61 were lumad) and 215 belonged to the peasant sector.

The Raboca murder should also be analyzed in relation to the massacre that happened in Lianga, also in Surigao del Sur only last Sept. 1, which resulted in the death of Dionel Campos (chair, Malahutayong Pakigbisog Alang sa Sumusunod or Mapasu), the latter’s cousin Bello Sinzo and Emerito Samarca (executive director, Alternative Learning Center for Agricultural and Livelihood Development or Alcadev).

Without preempting the conclusion of my ongoing research, it remains clear that the local and global campaigns should continue, mindful that the culture of resistance must win over the culture of impunity. Journalists should not be neutral observers but be willing participants in the collective struggle to promote and uphold human rights and the people’s basic freedoms.

To quote from Joel Simon’s “The New Censorship” (2015), all journalists “must actively defend the rights of all people everywhere to gather news, express their opinions and disseminate information to the public.”

For his part, McQuail stressed that there was “a strong theoretical case to be made for the continuation of politically committed journalism,” arguing that it was “not in itself unprofessional when it is open and honest, and respects basic criteria for truth.”

The journalists’ political commitment should therefore go beyond the media sector as the culture of impunity affects everyone whose human rights continue to be violated.

Given the current state of affairs, reporting impunity should be done while joining the fight to end it.

(Danilo Araña Arao is an associate professor of journalism at the University of the Philippines Diliman where he has been on study leave since August. He is now a doktorand [doctoral student] at  Technisché Universität Ilmenau in Germany, currently writing a dissertation on the culture of impunity and journalism practice in the Philippines.)