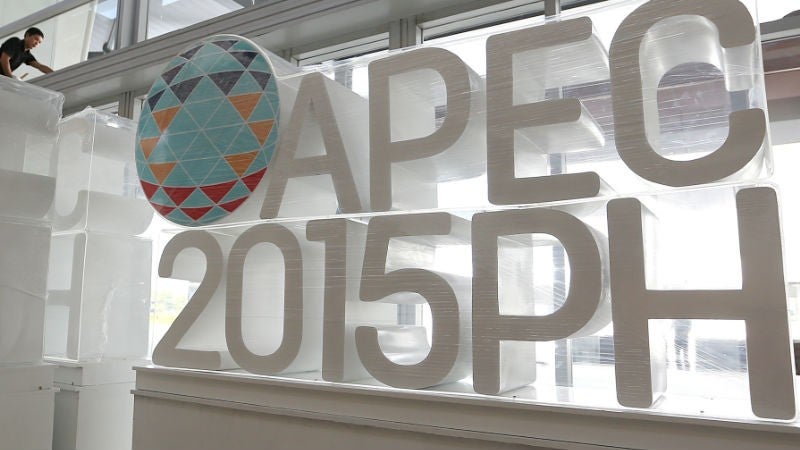 DOUBTLESS, the biggest international event to happen in Manila this year is the arrival next week of the heads of state of the Asia-Pacific Economic Cooperation member-countries, among them President Barack Obama of the United States, President Vladimir Putin of Russia, and possibly President Xi Jinping of China.

The Aquino administration, which is hosting the high-profile gathering on Nov. 18 and 19, has been doing all it can to make sure that the Apec leaders’ stay will be without a hitch. The impressions that these foreign leaders and their delegates will bring home with them will impact on the Philippines’ reputation as an investment and tourism destination, among others. So far, the government has rerouted traffic, forced the cancellation of flights, and suspended work and classes in Metro Manila.

Rerouting schemes and traffic changes will be implemented in the metropolis on Nov. 16-20. On Edsa, two innermost lanes—both northbound and southbound—will be exclusively for Apec vehicles. Both northbound and southbound lanes of Roxas Boulevard, on the other hand, will be closed to non-Apec vehicles, while a “stop and go” scheme will be implemented on Nov. 15-20 along the Magallanes and Skyway/South Luzon Expressway interchanges as well as parts of Edsa, Makati and roads around the Ninoy Aquino International Airport. This means all traffic will be stopped whenever Apec leaders pass and will resume only after they have gone through. The Naia will also be a no-fly zone on Nov. 17, 19 and 20.

The impact of such preparations on ordinary citizens has expectedly raised criticisms. For one, some in the business community have complained about the additional nonworking holidays as these would mean lost productivity or higher pay for those required to work on those days. Some travelers have also criticized the no-fly policy on the Naia, which has led Philippine Airlines to cancel 211 flights (115 domestic and 96 international) previously scheduled on Nov. 15-20. Cebu Air Inc. earlier announced the cancellation of 167 Cebu Pacific flights scheduled on Nov. 16-20. The SM Group also has to close its giant Mall of Asia on Nov. 18. Those in the trucking business will likewise be affected by the daytime truck ban on the so-called south route, while Roxas Boulevard will remain under a 24-hour truck ban for the duration of the Apec summit.

Students in the National Capital Region seem to be the only ones elated by the Philippines’ hosting of the Apec leaders’ meeting because they will have a six-day “vacation.” The Department of Education has declared the suspension of classes for practically the whole week next week for Metro Manila schools. Since Nov. 18 and 19 are nonworking holidays, classes are suspended from Nov. 17 (Tuesday) to Nov. 20 (Friday).

The griping and complaining may seem understandable. But it is not that Metro Manila residents are without options. The Apec secretariat has suggested that Metro Manilans go north, citing Baguio as a constant great place to visit (more so now with the better roads). Or they can trek to Sagada for a coffee experience, meet the locals of the Kalinga towns, or visit the Ilocos and view the remaining traces of the Spanish heritage. Others can surf in La Union. For Southern Metro Manilans, the Apec secretariat suggested that they explore the Batangas beaches or enjoy Tagaytay’s cool weather, or relax in the hot springs in Laguna. For those not inclined to embark on a road trip, they can go instead on a food trip to Quezon City’s Maginhawa Street or Pasig City’s Kapitolyo area, or the small restaurants around Marikina. Better yet, the suddenly-idled can just enjoy a “staycation” for family bonding, or catch up on reading or the movies.

It’s not as if the disruptions caused by the Apec leaders’ meeting will be permanent. Malacañang has pleaded for understanding with all the rerouting schemes and road changes and travel restrictions in place, and the people should understand that the Philippines stands to reap some benefits from hosting the event, which may not just be limited to its reputation as a prime tourism and business destination. Actual investments and tourists may come in. Provided, however, that no hitch—such as, horrors, the “laglag/tanim-bala” scam—rears up and afflicts the Apec delegates.