Poe’s use of US passport irrelevant 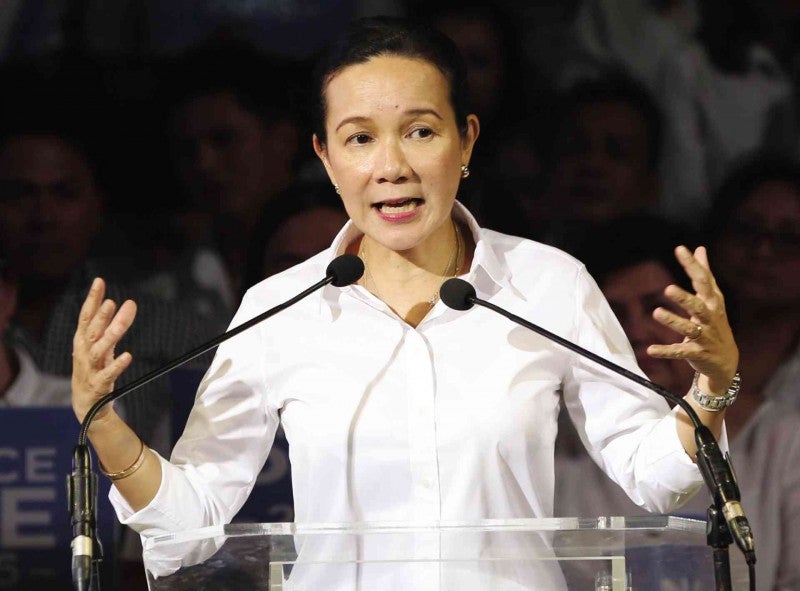 Haters of our favorite foundling, Sen. Grace Poe, think they found a smoking gun in her alleged use of a US passport after her renunciation of her US citizenship, supposedly making up for Sheryl Cruz’s dud bombshell.

The haters, however, do not understand the US renunciation of citizenship process and why Poe’s later use of a US passport is legally irrelevant.

Poe’s filing with the Senate Electoral Tribunal (SET) presents the facts. She migrated to the United States and became a naturalized US citizen in 2001.

She became a Philippine­US dual citizen in 2006. She swore an oath of allegiance to the Philippines in 2010 as chair of the Movie and Television Review and Classification Board. This could be an “expatriating act” under US immigration law that would lead to loss of US citizenship.

The day before she swore her oath of office on Oct. 21, 2010, to President Aquino, Poe filed a sworn affidavit that she was renouncing her US citizenship. But she filed this with the Philippine Bureau of Immigration and Deportation, not with the US government.

Poe only swore the US oath of renunciation, which has very specific requirements under US law, before the US vice consul in Manila on July 12, 2011. She explained to the vice consul that she swore an oath as a senior Philippine official on Oct. 21, 2010.

At the end of the paper trail is Poe’s US Certificate of Loss of Nationality (CLN), stamped approved only on Feb. 3, 2012. The certificate, however, notes that “bearer expatriated self on Oct. 21, 2010.”

Lawyer Manuelito Luna now challenges Poe’s renunciation of US citizenship in 2010 because she used her US passport to enter the United States afterward, allegedly in September 2011.

Further, blogger and journalist Raissa Robles found Poe’s name on a list from the US tax authority of persons who supposedly lost their citizenship in 2012.

Luna and Robles make legally irrelevant points. To understand the US context, one must note that the United States was emerging from the global financial crisis in 2010. It passed the Foreign Account Tax Compliance Act (Fatca) that year, creating strict measures to monitor US citizens overseas and make them pay US taxes.

This encouraged US citizens living abroad to renounce their citizenship in record numbers. These range from Brazilian Facebook billionaire Eduardo Saverin, who moved to Singapore before the IPO, to accidental dual citizens who happened to be born in the United States but actually lived their whole lives in their home countries.

In this context, the US government’s turnaround time to process renunciations of US citizenship stretched to several months, and it also imposed tax measures on renouncing citizens.

One can download the US Foreign Affairs Manual (FAM) for consular officers from the US state department website.

7 FAM 1260 outlines the procedures for processing a US oath of renunciation of citizenship.

These procedures show that the United States does not immediately recognize a renunciation. It reviews each case and considers the person’s citizenship terminated only when it issues a Certificate of Loss of Nationality.

7 FAM 1227 specifically instructs what to do with a renouncing US citizen’s passport while the US government is processing the case: “If the intended expatriate advises the post that he or she needs the US passport immediately because of intended travel to the United States, the consular officer should return the passport to the individual for such travel only until the loss of nationality case is approved. When post receives the approved Certificate of Loss of Nationality for the individual, post should inform the individual to appear in person at post to return the passport and receive the CLN. The CLN should not be provided to the individual unless the passport is returned.” This is a recent amendment to the US manual that clarified this procedure.

The actual US Foreign Affairs Manual used by US consuls thus matches Poe’s story perfectly. As far as the Philippine government is concerned, she renounced her US citizenship in October 2010.

If Poe traveled to the United States in September 2011, US law explicitly required her to use her US passport despite her renunciation of citizenship, which was still being processed.

She could not use her Philippine passport because the United States could not issue her a visa, since it still recorded her as a US passport holder.

Thus, Poe’s use of a US passport was consistent with her renunciation of US citizenship and in fact required by US law for renouncing citizens.

Going to Robles, US law and the US Foreign Affairs Manual point to the Certificate of Loss of Nationality issued by the US state department as the definitive legal document, not a list issued by its tax authority. This is quite logical; no tax authority is in charge of immigration and citizenship.

The media and readers alike must be more critical of the details of legal issues. For example, one must know that the United States generally issues passports only to US citizens. Thus, if Poe renounced her citizenship in 2010, how could she use a US passport in 2011?

This very basic question should have been asked at the outset—and the answer was right there in Poe’s one-page US Certificate of Loss of Nationality, made public through the SET.

Some legal commentators further argue that Poe does not meet the 10-year Philippine residency required by our Constitution for a president. They count her residency only from the time she renounced her US citizenship in 2010, not when she allegedly sold her house in the United States and returned to the Philippines in late 2004 or early 2005 after her father’s unsuccessful presidential bid.

Citizenship and residency, however, are two independent legal concepts, and a US citizen may be legally resident in the Philippines.

The requirements that a Philippine President be a natural-born citizen and a resident for 10 years are also two independent requirements. The media and readers might be more critical and ask these legal commentators to explain how they link these two independent concepts.

Who is this Luna?

Incidentally, who is this lawyer Luna belatedly hounding Poe?

I featured a Manuelito Luna when I summarized the Supreme Court hearings on the Disbursement Acceleration Program (DAP) in 2013 (“Pork barrel as a human rights issue?”). He gave the astounding argument that the DAP was a human rights violation against the right to equal protection because senators did not receive equal allotments from it.

I revisited Luna’s mind­boggling theory in a later column entitled “When is stupid legal opinion stupid?”

When it comes to elections, let us let the sovereign people decide at the ballot box instead of scrounging for legal technicality.

TAGS: Certificate of Loss of Nationality, CLN, Elections, Grace Poe, politics, Senate Electoral Tribunal, SET, US, use of US passport