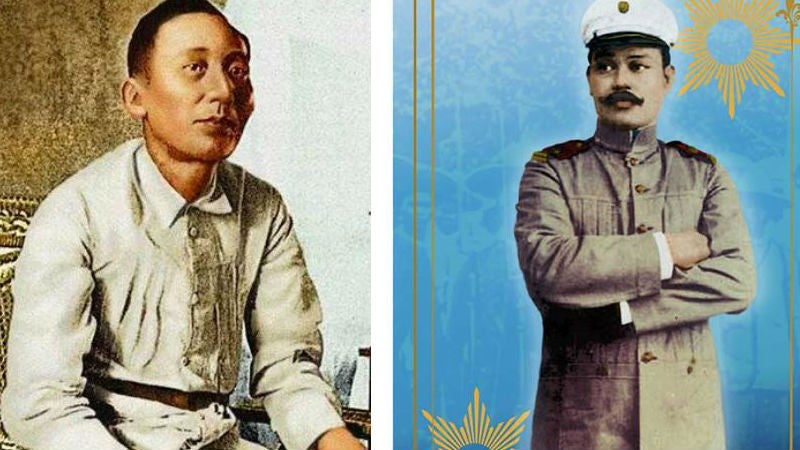 Photos: Official Gazette of the Republic of the Philippines

SOCIAL MEDIA comments on “Heneral Luna” make me smile. Someone posted that the film is a “fair” retelling of a bloody episode in Philippine history. It is actually unfair to Emilio Aguinaldo. As to the casting of Epy Quizon as Apolinario Mabini, right on, I thought, because he resembles the Mabini in monuments. But then someone asked, why is Mabini seated throughout the film? I thought all schoolchildren knew about Mabini being the “Sublime Paralytic” (or “Dakilang Lumpo”).

Everyone who comes out of “Heneral Luna” blames Aguinaldo—an oversimplification because history is more complex than our textbooks make it out to be. History is not about memorizing “facts” or reacting emotionally, but being critical of facts and narratives. Aguinaldo is a soft target in a complex story where there are other villains. Some of the villains are not people but flaws in human nature and Philippine society.

In 1984 the eminent historian Teodoro A. Agoncillo gave me his take on Antonio Luna, recalling his word war with Vivencio Jose (author of “The Rise and Fall of Antonio Luna”) that appeared on the pages of Solidarity. Agoncillo made two points worth remembering: first, that there were two sides to Mabini—one pro-Luna and the other anti-Luna; and second, that there were two Lunas—one who was against the Philippine Revolution against Spain in 1896, and the other who fought in the Filipino-American War.

In my interviews with Agoncillo, he said: While Aguinaldo is not personally involved in the death of either Luna or Andres Bonifacio, he should be held to account for the behavior which he did not order investigated.

Ambeth R. Ocampo: Do you think he tried to cover up?

TAA: That was Aguinaldo’s mistake. Granted, Luna was assassinated. Why did he not order the investigation of those people who assassinated Luna? That was his responsibility. I’m not pro-Aguinaldo or pro-Bonifacio. I judge a person on the basis of the documents available. If the time comes that I am proved wrong and other documents are shown, then I’ll accept it. Conclusions are not final, because nobody can say that I have exhausted all my sources. No! Ang anti-Aguinaldo si Vivencio Jose, masyadong pro-Luna. This is the kind of thinking I do not like.

ARO: [But that is your interpretation.]

TAA: Hindi! [Jose] suppressed the documents. It’s all right if it is a question of interpretation, but the trouble is he suppressed. Kahit na kasalanan ni Luna, he is trying to suppress [the documentation]. Example: the letter of Mabini to Aguinaldo denouncing Luna. Hindi niya binanggit. The letter of Baldomero [Aguinaldo] to [Emilio] Aguinaldo denouncing Luna? Hindi niya inilagay. Ang sabi lang niya, naiinggit lang iyong mga taong attacked.

TAA: That is the superficiality of these people. Mabini is inconsistent. Firstly anti-[Luna] later pro-[Luna]. You should study [the sources and the motives]. If you are really critically minded, why is this fellow now anti-Aguinaldo? You should try to discover why.

“In historical methodology, it says that the more private a communication is, the more authoritative it is. In a letter, in 1899, to Galicano Apacible whom he called Canoy and Calvo, Mabini denounced Luna and praised Aguinaldo. Then in that Guam opus ‘La Revolucion Filipina,’ binaligtad. The historical methodology says the document which is not meant for the public but for private eyes is more authoritative than the one for the public eye. Why? Because when you are writing to a friend, more or less you are sincere, because what you write to him is your secret feeling. But when you write for publicity, [it’s the other way around]. This is historical methodology, and in Guam Mabini was writing for publicity to justify [himself]. At that time he was already bitter against Aguinaldo. Why was he bitter against Aguinaldo toward the end? Because Aguinaldo did not follow his advice. He was too intransigent. So, in using the two Mabinis, you have to exercise your critical thinking.”

What I did not know at the time was that Luna denounced the Revolution of 1896. This Agoncillo did not take lightly, and he roared:

“Minamana mong sabihin na si Luna was the leader of the revolution against Spain? P-ñeta! Since when did Luna fight against the Spaniards? He never fought the Spaniards, tapos sasabihin niyang leader? As a matter of fact, Luna was a traitor to the Revolution of 1896! Alam mo, I will write an essay on Luna and Aguinaldo. I will write an essay kung bakit maraming nagalit kay Luna, and I’ll justify, sapagkat Luna not only did not join the Revolution of 1896, he was [also] a traitor! Nagturo yan a! Nagturo! Pero inilagay ba ni Vivencio Jose iyan? Wala! Maraming hindi inilagay si Vivencio roon, either because of ignorance or ibig niyang palakihin si Luna. As a matter of fact, I do not consider Luna a hero. How did he become a hero? He never won any battle, papaano mo sasabihing hero iyan?

TAA: He never won a battle! Um! Pagkatapos sasabihin ni Vivencio, kung sinunod daw si Luna, yung guerilla warfare. Noong panahong sinasabi niyang maggegerilya, hindi maaari ang guerilla eh because the Americans were still weak at the time, papaano gegerilyahin iyan? Pangalawa, there was no preparation for guerilla warfare. Hindi niya ina-analyze. All that he wants is to justify all the things that Luna did.”