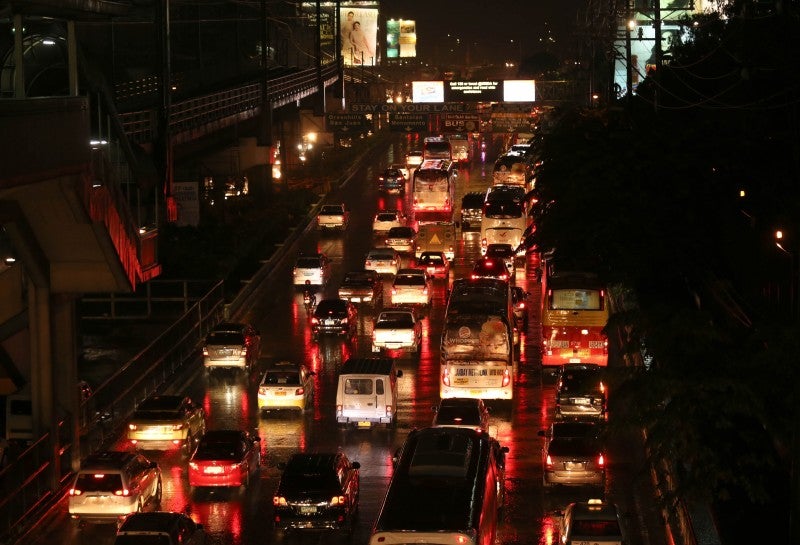 The workweek began on a hopeful note. On Monday, the first day the Philippine National Police’s Highway Patrol Group took over traffic duties at the perennially clogged Edsa from the Metro Manila Development Authority, motorists, commuters and observers immediately noted an improvement in vehicle flow and travel time. It seemed too good to be true: By the middle of the day, whole sections of Edsa appeared from drone photographs to be moving smoothly, free of the horrendous bumper-to-bumper gridlock that has been the daily toil of anyone traversing the 23.8-kilometer main artery of the nation’s capital.

In particular, the HPG won praise for clearing the sidewalks in front of Balintawak market of vehicles and vendors that had made the area one of Edsa’s major choke points. “It can be done!” was the general sentiment; apparently, stricter enforcement of road rules and more proactive thinking such as the Balintawak clearing operations—just two of the basic things the MMDA had miserably failed to do in its daily work overseeing the flow in the metro’s highways—could still make a difference.

Some netizens called the novel experience a “Monday miracle,” and the idea that scores of policemen—some 150 had been deployed at the six identified problem areas of Balintawak, Cubao, Ortigas, Shaw Boulevard, Guadalupe and Taft Avenue—would now manage traffic instead of going after lowlifes and criminals and keeping the peace, seemed acceptable as a solution to the traffic mess.

It took only a day to dash that cautious optimism and expose the traffic reassignment of cops as the band-aid solution that it was. On Tuesday evening, at the height of rush hour when everyone was heading home, the heavens poured—and Metro Manila short-circuited to a stop. As streets everywhere flooded, Edsa and its tributary roads became a gigantic interlocked ribbon of stilled vehicles, their passengers reduced to seething and gritting teeth as the hours wore on. For many, midnight came and went with the prospect of home still a long way off. The policemen that had, just a day earlier, won praise for instilling a sense of order on Edsa were nowhere to be found; presumably, they, too, had been immobilized by the gridlock.

What the Sept. 8 “carmageddon” once again proved was that traffic management is merely one part of the problem; it might not even be the biggest or the most consequential one. Consider that for a country that is pelted by typhoons year in and year out, and with six months of the year officially designated as the wet season, proper drainage and sewerage remains a tremendous handicap in Manila and its environs. A quick but heavy downpour, and the metro shudders to a halt—despite the billions of pesos in taxes appropriated through the years for so-called flood control projects at both the national and local levels.

Consider also the sheer number of vehicles plying Edsa on any given day. According to MMDA Chair Francis Tolentino, the highway now hosts about 145,000 vehicles per lane per hour, up from 120,000 a decade ago. Local automotive manufacturers have just announced that their industry posted a 20-percent growth in vehicle sales in just the first eight months of the year, with 179,215 units sold.

Ordinarily, news like that should be welcome—an indication of economic progress, with more people able to buy cars. But, in the present context, all those additional new vehicles have become a problem with no new roads being built, and the old ones badly maintained, flooding at a moment’s notice—or congested with car owners turning the streets into their private garage. What has, in fact, become of the proposal to strictly limit the sale of vehicles to those who can present proof that they have parking space in their premises, and will not expropriate the public road in front of their house, thereby contributing to further road constriction?

Too many cars, too many diggings (hey, it’s election season), too little or zero urban planning, too ineffectual political will against undisciplined bus drivers and recalcitrant bus franchisees, illegal parking, vendors spilling into highways—and, not least, the continuing disgrace that is the LRT/MRT system, which has only driven more commuters to the streets and added more chaos to the metro’s public transport. The traffic nightmare is not a mere enforcement problem; it needs to be recognized for the hydra-headed monster that it is.