He may indeed just be doing his job—implementing an almost forgotten law that allows the random inspection of balikbayan boxes to discourage smuggling—but Customs Commissioner Alberto Lina entirely missed the point.

No wonder his order for the Bureau of Customs (BOC) to open balikbayan boxes for possible taxable items met with such public outcry that President Aquino himself had to step in and cancel it.

On Monday, the President instructed Customs to stop the physical inspection of balikbayan boxes which, he said, should only be done when the X-ray reveals something suspicious or derogatory in its contents. Should the box need to be opened, a representative from the Overseas Workers Welfare Administration or overseas Filipino workers (OFWs) should be present, and the procedure recorded on CCTV to avoid pilferage and tampering.

OFWs, whose remittances keep the economy afloat, send home 800,000 balikbayan boxes every year, according to one estimate. The boxes are more than just a convenient way to send home cans of Spam, corned beef and other items that OFWs painstakingly squirrel away until there’s enough to give the box respectable heft. To sender and receiver, the box represents something sacred and personal, what one OFW describes as a distillation of his “blood, sweat and tears,” so that tearing into it would be like invading private space.

It is, Mr. Aquino said, “a tangible sign of their love and concern for their family members.”

But the objection centers not only on the social and cultural value of the box. There is the question of trust, the suspicion borne of experience, that Customs personnel would take the BOC order as permission to dip into the boxes, as some have done in the past. That the BOC topped the list of Most Corrupt government agencies in a Social Weather Stations survey in 2013 doesn’t help any.

Nor does the perception of incompetence and selective application of the law. Does Customs have enough personnel to deal with l,500 container vans of these boxes every month that account for some 7.2 million boxes a year? It has not been able to prevent the rampant smuggling of rice, garlic and luxury cars brought in and misdeclared, so how could it hope to deal with the constant influx of these goody boxes?

To be sure, there are abuses to the privileges attached to the coveted box of gifts that returning residents are entitled to bring in, tax free. But there are more effective, less invasive ways to check compliance than the crude item-by-item inspection previously proposed by Customs.

Surely, with a P50-million loss in unpaid taxes a month, as Lina himself estimated, the BOC can regard as a worthy investment more sophisticated X-ray machines, and in greater number, than its current 30 spread all over the country?   Then there are the canines too, to sniff out drug contraband. 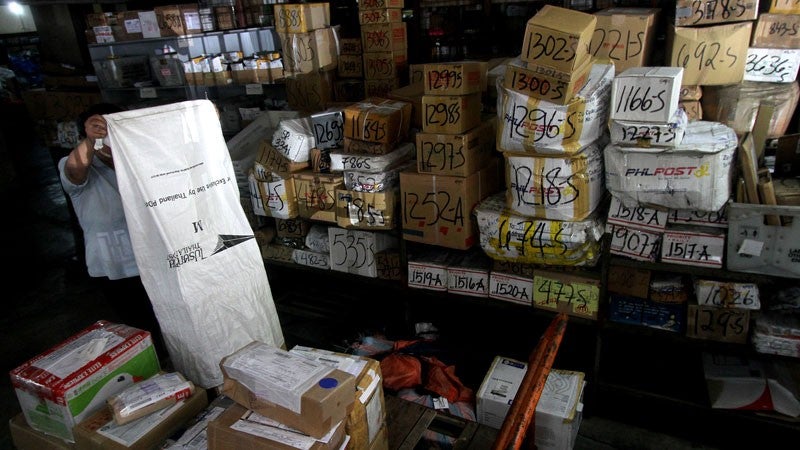 With its P3.2-billion budget, Customs too can very well afford not just devices to detect dangerous or highly taxable goods, but also an overhaul of its system, starting with the paperwork that can be computerized for easier retrieval and reference.

In other countries, sending even small packages would require copious paperwork to solicit information beyond the name and address of the consignee and the recipient. Sketchy information should set off a red flag and become grounds for inspection of the box’s contents. Another precaution is to require senders to list down the items and their approximate cost, a copy of which is tacked on the box and a duplicate kept by the sender.

Freight companies too can band together to draw up common rules, like insisting on boxes being open before they are sealed and sent off. Customs itself can keep a computerized record of consignees and recipients of balikbayan boxes to check that they do not go beyond the monthly limit set. The BOC too can ramp up its information campaign on pertinent provisions of the Tariff and Customs Code, and enjoin forwarding companies to make sure customers get to read a copy before their package is accepted.

Smuggling should be discouraged as it steals government resources that could have been used to provide social services to the public. But violating the privacy of families already forced to make do with material gifts in lieu of time together is a great disservice and insult to the millions of OFWs who slave away for the opportunity to fill up this Care Box; it is a repository of all their dreams and aspirations for the families they had to leave behind.

What exactly did Vilma Bautista — Imelda’s ex-aide — do?